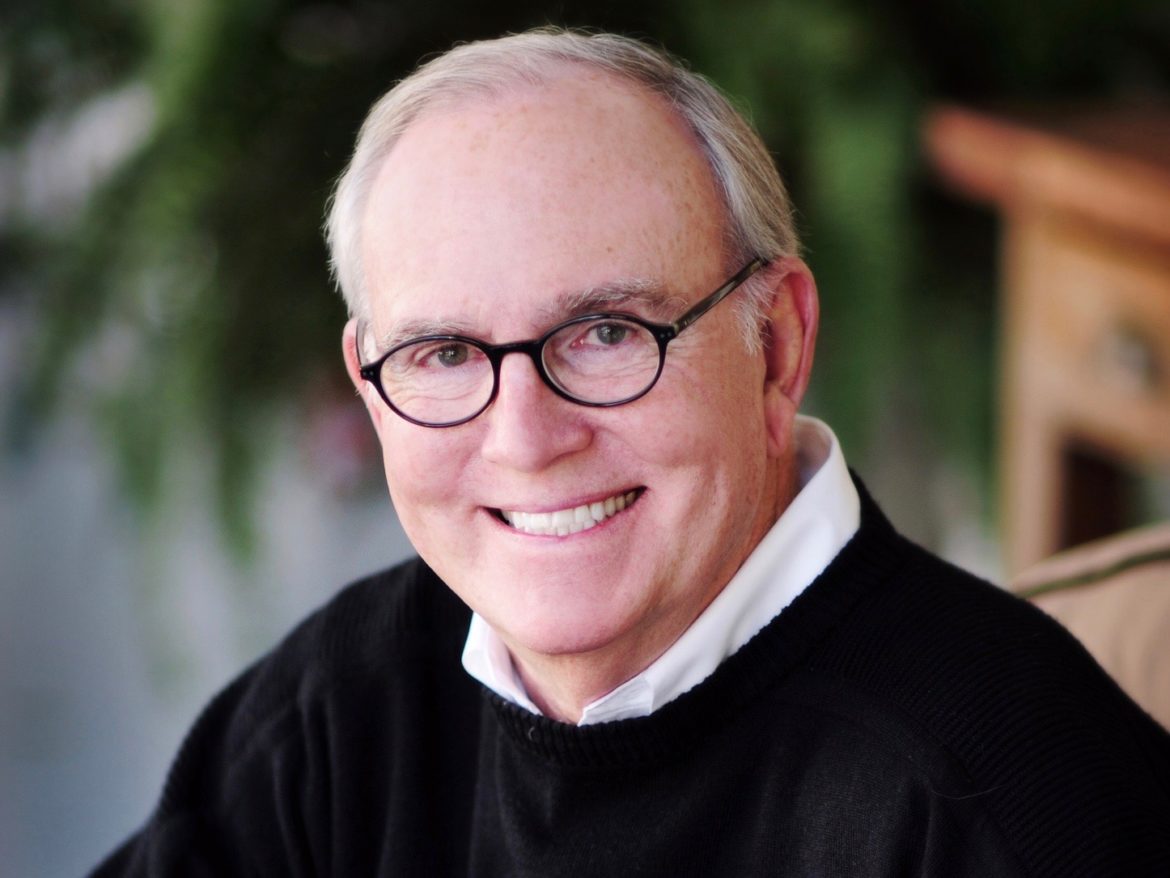 The man said to be the world’s wealthiest lawyer has taken a new direction since his release from federal prison, and public radio deserves some of the credit.

Richard “Dickie” Scruggs famously represented Mississippi and dozens of other states in tobacco litigation in the 1990s and hundreds of clients in litigation with insurance companies after Hurricane Katrina in 2005. Then in 2008, a conviction of judicial bribery derailed his legal career.

Scruggs finished his sentence in 2014 and has since discussed the role public radio played in helping him through his incarceration and life after prison. Listening to public radio while doing time connected him to the outside world and his former life, he said. And a story he heard on Mississippi Public Broadcasting helped him find a new focus: launching a nonprofit that spotlights adult education and vocational training.

“I was in the habit of waking up early and listening to NPR, which I have to say was my lifeline to any sort of educational radio or TV in prison,” Scruggs told Current. Scruggs followed the same routine at home, which led him to the MPB interview.

The former attorney mentioned his debt to public radio at a Sept. 19 press corps luncheon in Jackson, Miss., where he said listening was “kind of my lifeline in prison.”

Scruggs also told attendees about the difficult transition from lawyer to inmate. Prison was a shock to Scruggs, who compared his fellow inmates to a Deliverance casting call. Prisoners at the facility in Kentucky’s remote coal country had a median sixth-grade reading level, he said.

“One of the things I didn’t like about Montgomery was that I couldn’t get Diane Rehm.”

But the biggest blow was losing a sense of purpose. “All my life, I had been involved in things,” he said, rattling off a list of achievements. “I always had some purpose in life that made me feel good about what I was doing, and I had lost that in prison, and it weighed heavily on me.”

Public radio kept Scruggs abreast of the outside world. Every day he awoke at 4:30 a.m. and listened to 45 minutes of news on a local NPR affiliate before breakfast. Sometimes, he was up early enough to catch BBC programming. He also looked forward to hearing On Point with Tom Ashbrook. He could only get his news on the radio, Scruggs said, because inmates usually watched sports in the TV rooms.

Scruggs told Current that he was a Diane Rehm Show devotee before going to prison but listened to little else on public radio. “I was not as devoted to it as I became in prison,” Scruggs said. “It’s sort of an intellectual wasteland in there. Not a lot of stimulation.”

Scruggs spent the second part of his incarceration in Montgomery, Ala. “One of the things I didn’t like about Montgomery was that I couldn’t get Diane Rehm,” Scruggs said.

While in prison, word of Scruggs’ background as a lawyer traveled among the inmates. Some asked him for GED tutoring. He eventually became a classroom math instructor.

“I realized after a few months of that I had regained a sense of purpose,” Scruggs said. “This was giving me a new lease on life.”

Dickie Scruggs talked about his experiences in prison with Marshall Ramsay on Conversations, a Mississippi Public Broadcasting program.

Scruggs became a cheerleader for the men, who wanted to be able to help their children with their homework or improve their job prospects after getting out. He knew that he would continue tutoring when he returned to Mississippi.

In December 2012, Scruggs was released while a court of appeals considered his case. While back home in Mississippi, he heard a woman from a local community college say on Mississippi Public Broadcasting that the school wanted as many GED students as possible to pass the exam before changes to the test took effect in 2014.

“It was a very compelling argument that she was making,” Scruggs said. “It was just what I had been doing in prison and for exactly the same reasons — trying to get people through quick before it changed and it got a lot harder.” Those changes included adding more difficult kinds of math, such as calculus and trigonometry.

Scruggs contacted the school and learned that Mississippi community colleges have a mandate to provide adult basic education and GED training. About 15,000 students in the state’s community colleges are enrolled in GED coursework, but only about 2,500 pass the exam each year. The graduation rate has grown over the years, but Scruggs said he wants to see all students pass.

“One in five adults in our state dropped out of high school and doesn’t have a diploma,” Scruggs told Current. “It’s an area that needs a lot more attention and doesn’t get much resources.”

Scruggs appeared on MPB’s Conversations in May to talk at length about his nonprofit and his prison stay. On the show, Scruggs said he took full responsibility for his failings and spoke candidly about his incarceration. He even discussed the fact that, as an older white male, he drew speculation from other inmates that he was in prison for child molestation.

“He’s paid his dues to society,” Agnew said. “He’s put his money where his mouth is. He’s championed education in a state that truly needs it.”

Before going to prison, Scruggs’ legal work called for him to appear on too many national programs to recall, he said. Yet there’s one he still regrets missing out on.

“I’ve been on 60 Minutes, I’ve been on Good Morning America, I’ve been on the Today Show, 20/20 over the years, back when I was doing the tobacco stuff, and always figured that the pinnacle of media recognition was to be a guest on the Diane Rehm Show,” Scruggs said. “I’ve never been one. I still hold out hope.”