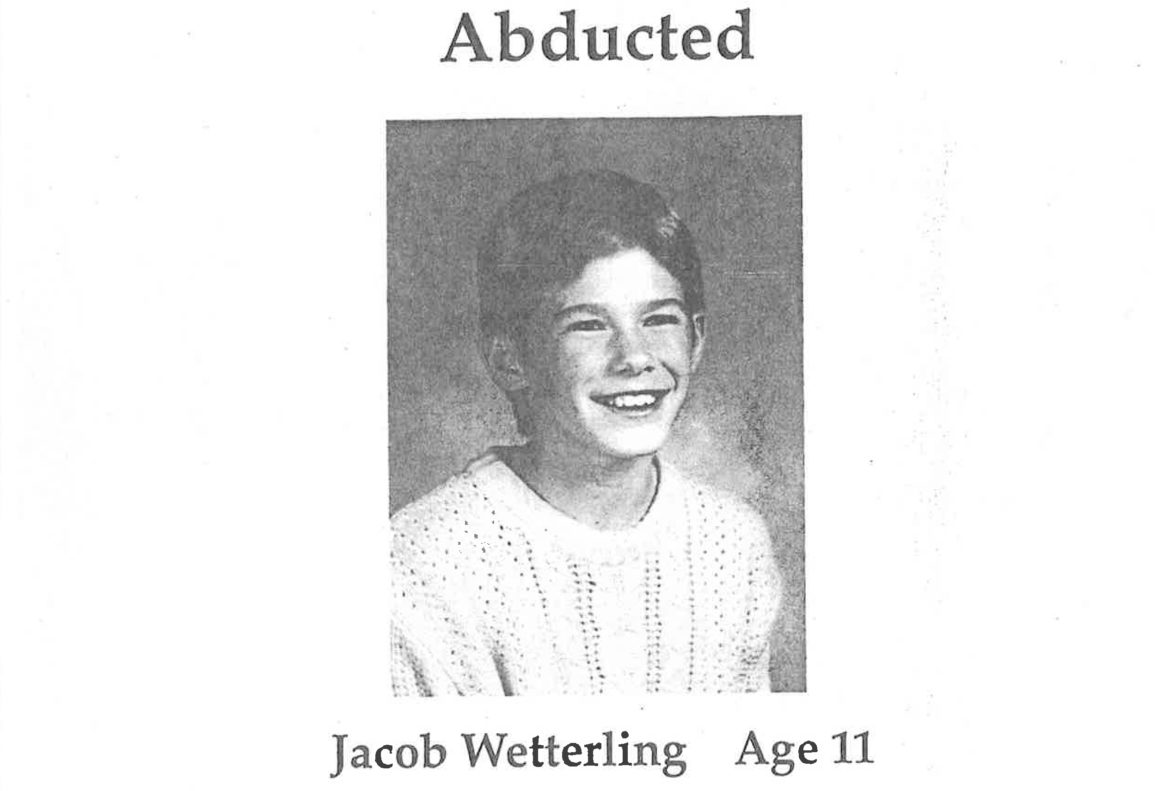 A flyer distributed after Jacob's disappearance in 1989. Jacob's story was told by an American Public Media podcast. (Image: APM)

APM Reports has existed for less than a year, but American Public Media’s investigative reporting unit has already demonstrated its ability to make waves with national stories as well as local ones.

APM’s investigation into a juvenile treatment facility in Buhl, Minn., this spring resulted in state and local government agencies ordering the removal of boys after allegations of sexual abuse. The nonprofit that owns the facility then closed it. And last week came release of the first episodes of a new podcast about an infamous child abduction case that drew national headlines in 1989.

Jacob’s photo on a flyer distributed after his 1989 disappearance. (Image: APM)

The first episode of In the Dark had been originally slated for release Sept. 13, and as summer wound down the investigative team thought they had nailed down the story. But on the morning of Sept. 3, news broke that authorities had located the remains of Jacob Wetterling, the 11-year-old boy who had been abducted, sexually assaulted and murdered.

All seven journalists on the team — including reporters, producers and editors — worked furiously around the clock Labor Day weekend. They did additional reporting and had to rewrite, revoice and remix the first two episodes of their yet-to-be released investigative crime series.

“We’ve been working in this intense way together for a long time, and [when we had] this huge news development it was just, ‘OK, we’re doing this. This is what it’ll require, this is what we’re going to do,’” lead reporter Madeleine Baran told Current.

Danny Heinrich, the man who abducted Wetterling in St. Joseph, Minn., nearly 27 years ago, appeared in court on Sept. 6 to confess his guilt. APM decided to launch In the Dark’s first two episodes simultaneously the next morning. The podcast quickly rose to the top of iTunes rankings.

Both Chris Worthington, managing director of the unit, and Baran said they have no idea whether APM’s investigation into the decades-old case spurred law enforcement efforts to solve the crime.

The disappearance of Jacob Wetterling in 1989 had national repercussions. It has been cited as one of the largest searches mounted for a missing person in U.S. history. It made parents more vigilant about supervising their children, and helped fuel a national movement to mandate that states maintain sex offender registries.

The idea to revisit the case came from Baran, who previously led reporting in Minnesota Public Radio’s two-year investigation into sex abuse within the Archdiocese of St. Paul and Minneapolis. An MPR documentary on the scandal won a Peabody Award. It was during that investigation that Baran started reading about the Wetterling case.

She initially discussed the possibility of an investigation into the abduction and law enforcement’s handling of the case with Samara Freemark, who had worked for Radio Diaries in New York before joining APM Reports as a reporter/producer.

“Samara was immediately interested,” said Baran. After Worthington greenlit the investigation, Freemark became senior producer of In the Dark. In addition to leading the reporting, Baran became host.

“This is a crime that changed the lives of so many people,” Baran said of the kidnapping. “It’s one of those cases that fueled panic in America.”

Comparisons to Serial are inevitable, and Baran credits the blockbuster podcast from This American Life for demonstrating that there’s an audience for this type of long-form reporting.

“The story we’re telling is complicated,” Baran told Current. “I don’t think we could’ve done our story responsibly, and with the thoroughness we wanted, in 20 minutes or an hour.”

If the remaining episodes in the eight-part series are similar in length to the first two, In the Dark will run in the neighborhood of four hours.

The decision to produce a podcast from the investigation was made at the beginning of the investigation, even though MPR had previously broadcast stories from APM Reports and published additional reporting online.

“We thought that we had such a strong narrative over time, with strong characters, that it dawned on us that we should try it,” Worthington said of producing the investigation as a podcast series.

The creepy nature of the crime involved didn’t deter sponsorship for the investigative coverage. Shinebox, a Minneapolis company specializing in brand makeovers that has supported other APM and MPR programs, provided underwriting support. “We just felt it was really important work they were doing and we wanted to support it,” said Randy Larson, Shinebox’s chief creative officer.

Asked if he expected the podcast to draw the numbers of listeners it has so far, Larson replied, “I suspected it might do this well once the news broke.”

The third episode, released Tuesday, reveals just how close authorities came to solving the Wetterling abduction. Law enforcement actually sat face to face with the killer in early 1990 but let him go.