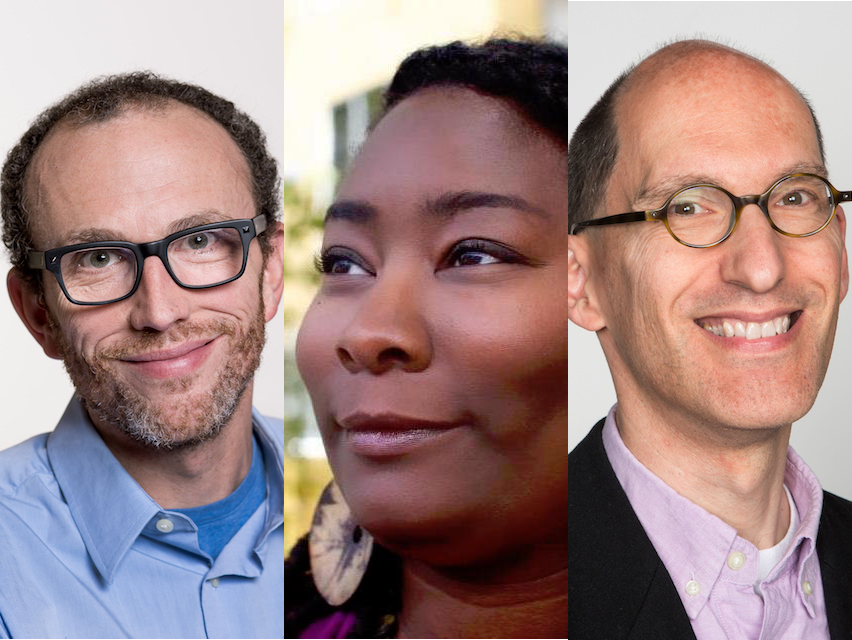 NPR announced several staff changes Thursday, including the addition of Steve Nelson as director of programming and N’Jeri Eaton in the new position of senior manager for program acquisition.

Israel “Izzi” Smith, now director of programming, is being promoted to a new position of senior director of promotion and audience development, the announcement said.

“With these moves, we are investing in NPR’s ability to develop, test, and launch new shows and projects, connect with talent within and beyond public media, and expand the reach and rate of discovery of new and existing programming,” wrote Anya Grundmann, v.p. for programming and audience development, in an email to NPR staff that was shared with Current.

Nelson joins NPR from American Public Media, where he is director of on-demand programming and oversees programs including Dinner Party Download and The Splendid Table. Nelson also helped lead the launch of APM’s podcast network, Infinite Guest. He was previously program director for Minnesota Public Radio News and MPR’s The Current, and prior to that was part of the team that built Studio 360.

At NPR, Nelson will work with Grundmann on developing podcasts and “new anchor entertainment weekend programming,” Grundmann said. [UPDATE: When asked, an NPR spokesperson didn’t get any more specific about what that programming might be.]

Eaton joins NPR from the Independent Television Service, where she is content development and initiative manager. She has worked for ITVS for five years.

At NPR, Eaton will work with Nelson and look “beyond public media for new ideas, talent, and collaborators,” according to the announcement. She will also field pitches for program ideas from outside contributors and work on creating a process for green-lighting new projects. “She’ll be a ‘must know’ for anyone creating new audio content,” Grundmann said.

Smith has been NPR’s director of programming since 2012. In his new role, Smith “will build on his highly successful work leading both NPR’s Spark audience-building campaign on the radio and our podcast cross-promotion work, both of which have significantly driven up listening and engagement over the last year,” the announcement said. “Guided by data, Israel will develop and support new strategies to introduce audiences to NPR content on all platforms.”

The changes will take effect Aug. 8.