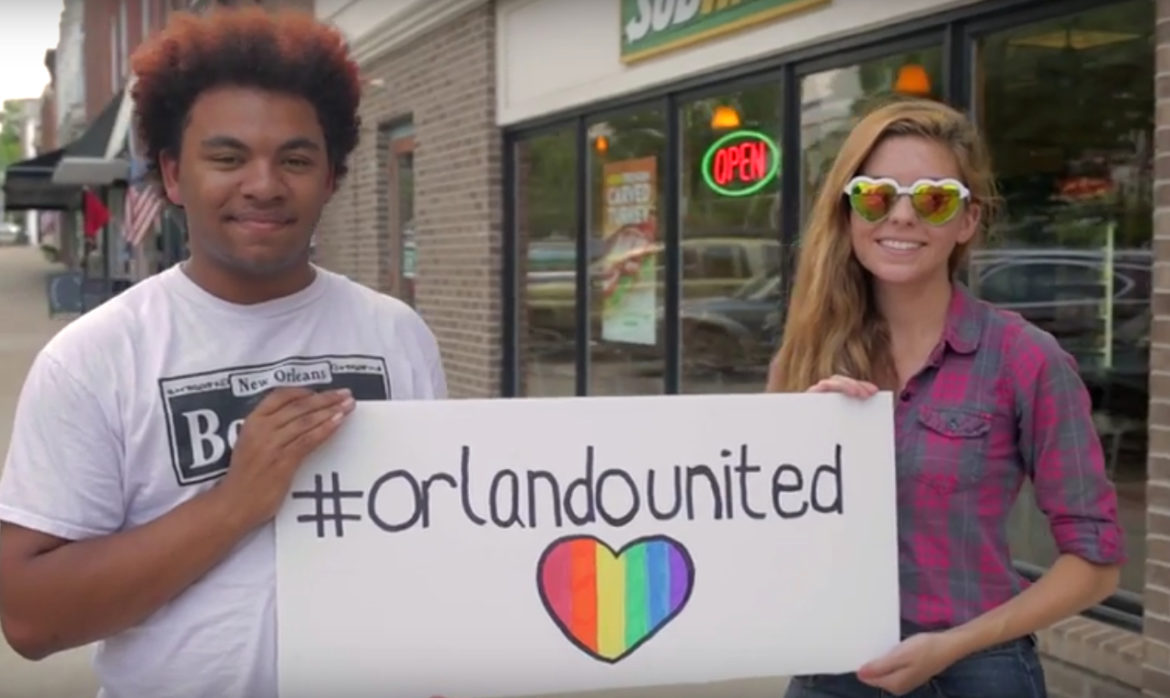 Residents of Bowling Green, Ky., send a message of solidarity to Orlando through a video from local WKU PBS.

Residents of Bowling Green, Ky., send a message of solidarity to Orlando in a video from local WKU PBS.

PBS member stations are sending videos of support to the people of Orlando, Fla., through local WUCF TV in the wake of the shooting at a gay nightclub there last weekend.

WUCF General Manager Phil Hoffman joined the station less than two weeks ago. He had recently completed PBS’s Executive Leadership Network Program; station leaders he met during the training began reaching out to him the day after the tragedy.

Alfredo Cruz, g.m. of KVCR in San Bernardino, Calif. — location of a mass shooting last December — was among the first to contact Hoffman, asking what his station could do.

“In that moment, I couldn’t think of anything but to ask for thoughts and prayers to let the people of Orlando know that people all across the country care about them and want to help,” Hoffman said in an email Thursday night, taking a quick break from his ongoing work. “Immediately, videos started filling our FTP server.”

Phil Meyer, g.m. of Valley PBS in Fresno, Calif., and another leadership program participant, sent a message to a Listserv of general managers and posted a request on a public TV Facebook group.

Other g.m.’s who had met Hoffman at the leadership training “roared into action and offered live trucks, satellite trucks, any tool we might need. It was astonishing,” Hoffman said.

As of noon Friday, 17 videos of support had arrived, many featuring the hashtag #OrlandoUnited. Some of the messages are “so profoundly touching,” Hoffman said, “that my staff and I were crying as we put them into the system.”

In the KVCR message, with his staff behind him, Cruz said, “We may be across the country, but our community understands tragedy. And we’re here to support you, Orlando, because we believe that together, we’re better.”

“This unimaginable act of terror and hate affects us all,” GM Molly Phillips said along with the Iowa Public Television staff.

WUCF is airing the messages during evening programming. “I’ve heard from many viewers who have appreciated the support,” Hoffman said. The WUCF staff also produced a video.

WUCF lacks a newsroom, but staffers are still keeping viewers updated. “On Sunday I drove to work only to find them already at work with bags of candy and chips tossed across the table, already halfway devoured, as they worked to figure out what our response would be,” Hoffman said. “We’re just trying to provide support and direct folks to resources.”

Station videos are posted on WUCF’s resource page about the tragedy, along with links to donate blood, contact LGBT organizations for support and tips from Mister Rogers and Sesame Street about helping children understand tragedy.

“We’ve found this is a huge concern for people, and they struggle to know what to say and how to say it to children,” Hoffman said. So the station decided to remain with regular children’s programming this week. “It’s critical to give children and parents a safe place, even in this crisis,” he said.

WUCF also has a team brainstorming ideas “for what happens after the live trucks and satellites leave town,” Hoffman said.

“One thing I will say,” he added, “is that a positive outcome of all this for me is witnessing such a tremendous, powerful tide of love as the response to awful hate.”