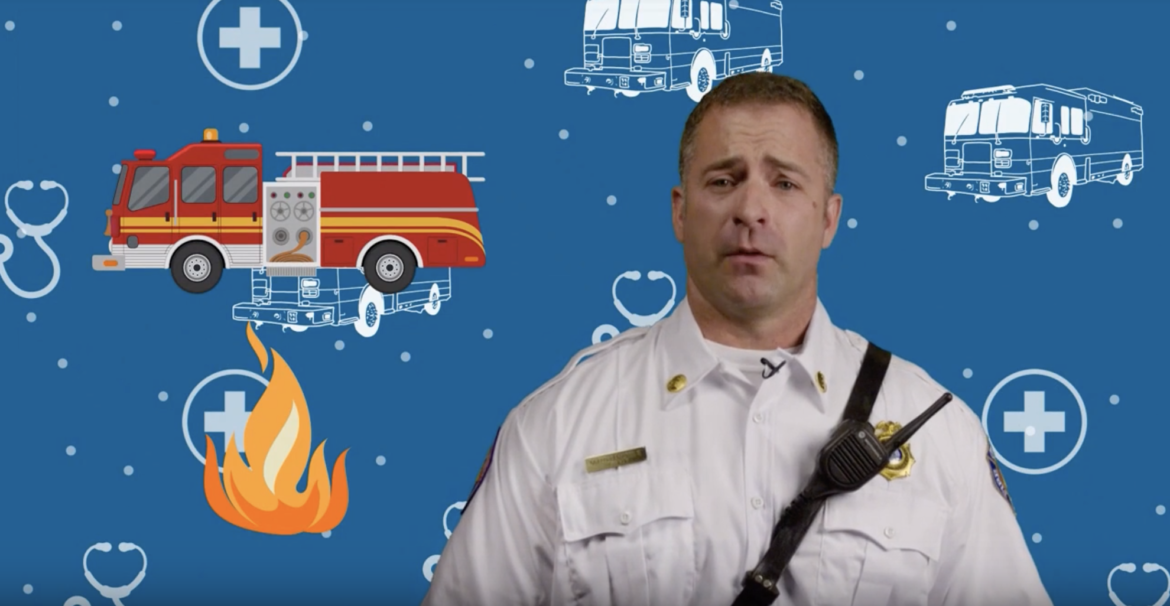 A firefighter featured on "Meet the Helpers" describes his job during an emergency.

The WUCF program Meet the Helpers, which teaches children about who emergency responders are and what they do, is expanding nationally to connect more children with a wider variety of “helpers.”

The station in Orlando, Fla., created the digital video series in response to shootings and natural disasters affecting the community. The program encourages children to find emergency responders who can help with frightening situations.

The title of the project draws inspiration from Fred Rogers, who told children to “look for the helpers” in a crisis. Its website features short videos explaining the roles that firefighters, police officers and paramedics play in emergencies. The site also provides community toolkits for educators to use in their own towns.

The program launched in 2016 after the Pulse nightclub shooting in Orlando. WUCF soon started receiving inquiries from community members, other stations and CPB, which was hoping to provide additional funding for the project.

WUCF “identified an urgent need in their community: to support children’s emotional well-being and help them understand the roles of adults who keep them safe,” said Debra Sanchez, SVP, education at CPB.

The WUCF team devised a plan to include five new partner stations. Each will receive $10,000 from CPB to support their work with Meet the Helpers and will aim to reach at least 200 people through videos and outreach. The University of Central Florida’s Education Department and School of Communications will work with the stations to formalize findings on crisis communication for children.

“There’s a knowledge gap on that type of research,” said Jennifer Cook, senior director of content and engagement at WUCF. “Our partner stations will be tapped into these university experts who will help us conduct research across the country so that we can better tailor messages in the future, develop new helpers and measure the impact of this type of content.”

WUCF designed the project to be flexible. “We wanted a bunch of different market sizes,” said Cook. “This is one of those instances where a crisis will impact any community regardless of size, regardless of demographic.”

“We have to be proactive,” said Kellie May, digital media specialist at partner station CET Television in Cincinnati. “Meet the Helpers gives families a platform to start what can sometimes be challenging conversations, and that’s important. If we wait for a disaster to help kids understand who the helpers are in our community, it’s too late.”

The project has brought new regional perspectives and experiences to the helpers featured on the show. WUCF in Orlando may not need to feature a ski-patrol officer, but stations in New England do and could add that helper to their series.

Meet the Helpers goes beyond the screen. Community groups and educators who worked with WUCF during the show’s launch have organized larger meet-and-greet days with helpers and children. Cook would like partner stations to follow suit.

WUCF is reviewing grant applications and hopes to choose partner stations by Aug. 1. Cook said she would like to add even more stations in the future. She and UCF researchers also hope to compile and publish the data gathered from the first group of partners to strengthen the program and feature more helpers.