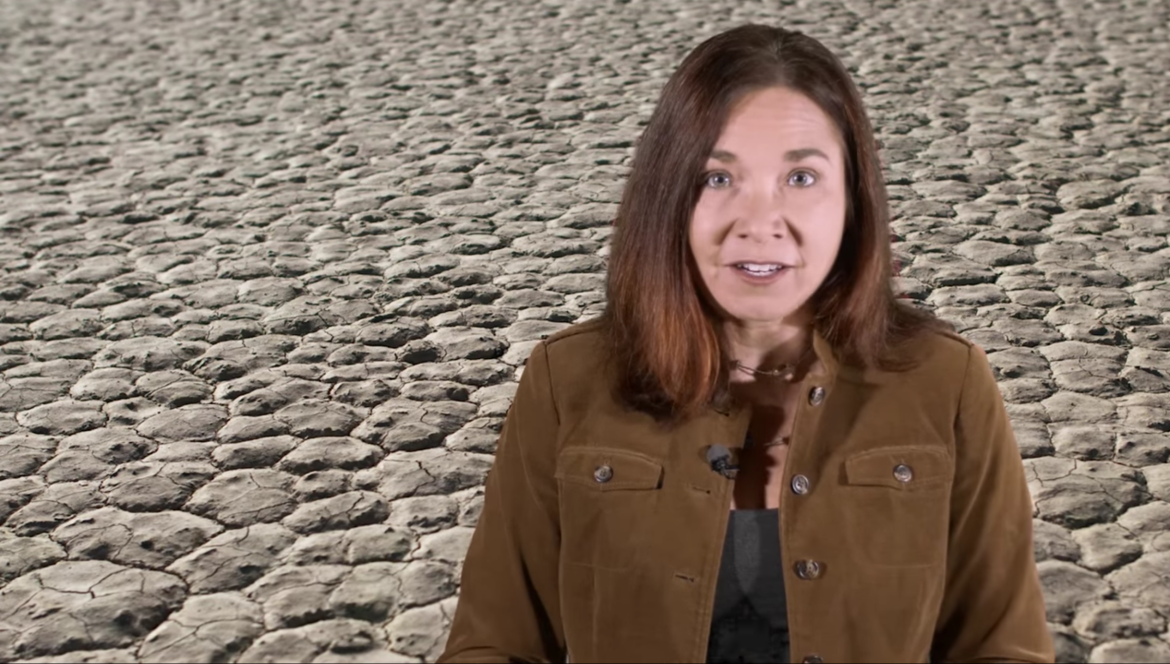 A public TV station in Lubbock, Texas, seems to have homed in on a fundraising strategy that works.

KTTZ-TV raised more than $20,000 in a two-month campaign for a series of web videos about climate change, amassing contributions from the U.S. and abroad. Station Manager Paul Hunton said the crowdfunding campaign tapped into a formula that can be scaled to size: Pull from local talent, address a broader issue and engage the community.

Over two seasons of 10 episodes each, Global Weirding will address climate change and how it intersects with politics and religion. The creators said they won’t tiptoe around controversies but will take a light-hearted and accessible approach to tough topics.

“Living in Texas, I live in a place where the vast majority of people don’t think climate change is real,” said host Katharine Hayhoe, a renowned climate scientist and professor at Texas Tech University, which owns KTTZ. “We’re going to explore some of the myths surrounding our objections (to climate change), but we’re also going to get into the solutions.”

The show will be modeled after Gross Science, a web series produced by WGBH for PBS Digital Studios, whose host explains an offbeat science fact in each video. Each five-to-seven–minute segment of Global Weirding will begin by addressing a myth about climate change.

At a 2015 summit of the PBS Station Digital Media Advisory Council, a group of public TV system leaders who provide technical and editorial support to stations, a conversation focused on pairing the right personality with the right content to create a successful digital show, Hunton said.

“At the same time, the university was asking how we can utilize Texas Tech talent in a greater, larger way,” he said.

Hayhoe was included among Time’s 100 Most Influential People in 2014, cited as a woman who defies stereotypes as a climatologist and evangelical Christian. She also appeared in the Showtime climate documentary Years of Living Dangerously. With Hayhoe as the show’s public face, KTTZ could leverage her built-in audience, said Jonathan Seaborn, the station’s production director.

A previous crowdfunding campaign to host live events for 24 Frames, a show about art, culture and music in west Texas, raised more than $29,000. Although Hunton had considered a smaller fundraising goal for Global Weirding, Hayhoe encouraged him to increase the amount, Hunton said. The campaign kicked off Dec. 21, 2015, and closed Feb. 19.

Seaborn worked with Hayhoe to develop gifts that would attract an environmentally conscious audience. For $150, three donors could receive a hand-knitted scarf or cowl made by Hayhoe. All were sold.

Seaborn also reached out to niche environmental groups and asked them to mention the campaign in their digital newsletters and to share a promotional video on social media. The newsletter mentions turned out to be among the most effective approaches, Seaborn said. One pitch spurred an anonymous donor to match contributions of up to $2,500. By the end of the day, the station’s Indiegogo page pulled in even more, Seaborn said.

A call-out in the weekly newsletter of the Citizens’ Climate Lobby, sent to 8,000 of the organization’s most active volunteers, also yielded big results, raising about $7,000 shortly after the newsletter went out, Seaborn said. Other promotional elements from the group included blog and Facebook posts.

Most gifts to KTTZ were small-dollar donations. The station devoted no airtime to the campaign and relied entirely on online fundraising, which Hunton says pulled in a younger audience.

“I think crowdfunding comes down to a couple things,” Hunton said. “One, clearly communicate what it is you want to do and why it’s important. And two, build a campaign around ideas that matter to people’s lives.”

Although the station was once struggling due to severe state and federal funding cuts, Hunton says it’s had success with digital campaigns and live events, where community members can become more engaged with the station, sign up for an email newsletter and donate.

“Global weirding,” a phrase Hayhoe said is often used to describe climate change’s impact on humans, affects everybody. “It’s changing our whole concept of society and how and what it needs to survive and thrive in the future,” Hayhoe said.

Although media have taken to calling Hayhoe a “climate evangelist,” she insists she’s not. “As a climate scientist, I often feel like an Old Testament prophet than a spreader of good news,” she said.

Production on the show began the first week of May. It’s expected to go online this fall. KTTZ is working on developing the show with PBS Digital Studios.