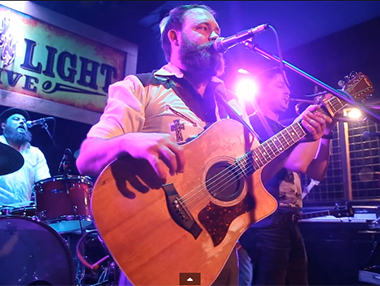 PBS Digital Studios is partnering with Indiegogo to add crowdfunding muscle to its most recent round of grants given to station-based projects.

Four stations that received PBSDS Digital Entrepreneur’s Grants in January to produce original content for YouTube will also mount Indiegogo campaigns for the projects, which PBSDS will match with additional funds of up to $20,000 per station. Three of the stations received seed grants of $5,000, and a fourth got $30,000.

“We wanted to make sure [stations] can continue to make interesting content for the foreseeable future,” said Scott Willey, PBSDS station liaison. PBSDS hopes the stations will be able to steadily produce online videos while developing financially sustainable business models with help from their audiences, Willey said.

Willey was inspired in part by the crowdfunding success of Austin’s KLRU, which raised nearly $20,000 in 2012 for the web series BBQ With Franklin. Now KLRU is turning the show into a TV broadcast series for nationwide distribution. Willey cited BBQ With Franklin as “a model for what stations could do in this online space when it came to crowdfunding.”

KLRU is one of the participating stations in the Indiegogo project, along with Texas Tech Public Broadcasting in Lubbock and Minnesota’s Twin Cities Public Television. The fourth station is yet to be announced.

KLRU already partners with The Intergalactic Nemesis on the documentary web series “What’s That, Buzz?”, about the art of sound effects, and is billing Book One as the program’s second season. It will aim for $25,000 with its Indiegogo campaign.

TTPB, the Lubbock station, is using its campaign to fund new episodes of 24 Frames, a broadcast and digital program about Texas artists. The station began producing the program for the air in 2012 and now releases segments on YouTube. Its Indiegogo-backed run of shows will feature artists and performers talking to live audiences in a format that series creator Paul Hunton likens to TED Talks, with TTPB selling tickets to the events. Hunton envisions taking the live edition of 24 Frames on national tours eventually, but it will stick to local venues in Lubbock for now.

“I think this is PBS understanding that this is a new way to reach new audiences, and we are very proud to be a part of that,” Hunton said. “Of course, there’s nervousness about things you’ve never done before, but we’re not afraid to throw our hat in the ring.”

TTPB set its funding goal at $10,000, half of the amount PBS is offering to match, but the station will continue to receive additional matching funds from the network if it exceeds its goal. The dual licensee will air the shows over TV and radio in addition to sharing them on YouTube.

And Twin Cities Public Television will launch a campaign in April to fund the third season of its digital series “Are You MN Enough?,” part of its Rewire youth engagement campaign.

The stations will stagger the launches of their crowdfunding campaigns this spring, with PBS and Indiegogo setting the schedule. Widgets on the Indiegogo campaigns will allow donors to see PBS match their dollars as they donate to the programs.

“Digital video doesn’t have to take a huge television crew in order to make it,” said Matt Graham, PBSDS senior director. “It can be one person with a DSLR camera, it can be a three-minute video, and it can do incredibly well.” PBSDS is pushing DSLR cameras to “open stations to the possibility that productions can be run out of a backpack and they can still be high-quality,” Graham said.