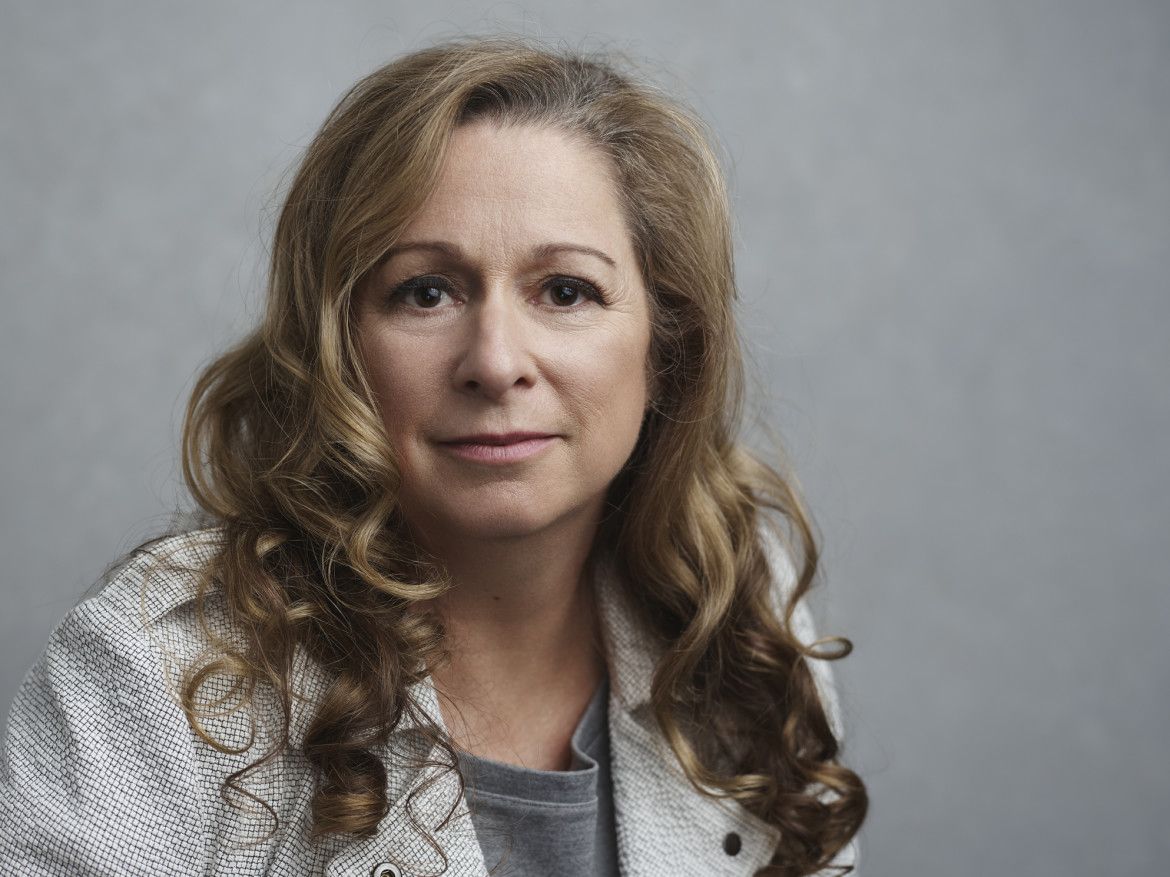 Filmmaker and philanthropist Abigail Disney makes her directorial debut with The Armor of Light, one of two documentaries at the center of PBS’s May 9 and 10 special broadcast on gun violence, Armed in America.

In her creative and executive-producing roles on such films as Pray the Devil Back to Hell (2008), Women, War & Peace (2011) and The Invisible War (2012), Disney has drawn from her activism on behalf of global peace and the advancement of women. The granddaughter of Roy O. Disney, co-founder of The Walt Disney Company, she has directed her understanding of the power of media toward making films that aim to make the world a more peaceful, equitable place.

Now president of Fork Films in New York, Disney was named a Woman of the Year at the 2016 Women’s Image Awards, presented in Los Angeles in February. During her acceptance speech, Disney urged her Hollywood colleagues to join her in breaking from glorification of war and violence in the stories they bring to film and television. This commentary has been edited from a transcription of her remarks.

We’re doing a lot of cheerleading around women here today, and you may be asking, “Why do we care about women in media?”

Honestly, I had a hard time answering until I made Pray the Devil Back to Hell, and I figured out that I care about women because I care about peace. I know that sounds like a non sequitur, so hang in there with me for a minute.

Liberian women demonstrate at the American Embassy in Monrovia in 2003, at the height of the civil war. (Photo: Thirteen, Fork Films)

I also care about media because I care about peace. I’ve traveled to a lot of war-torn places, and there are two things you see in every country where there is a developing or stressed economy and conflict: You see Mickey Mouse, and you see Rambo.

It’s the strangest thing. They’re done in graffiti and they’re on the sides of cars, grocery stores and bars selling beer. I can talk about Mickey and all of his charming qualities all day. I love his unlicensed face; it really cracks me up.

But Rambo is another thing. More often than not you find him in conflict zones or places where they’re about to go into conflict. I think of him as the Mickey Mouse of violence. He is the mascot of a culture that has allowed itself to fall in love with violence — us — to make the trappings of violence into fetishes and to see that ritualized barbarity that we call war as the highest expression of nobility and honor.

Rambo has, along with all of his Hollywood brothers, inspired generations of young men, and some young women, to do some pretty horrible things. Sometimes for money, sometimes for status, sometimes just literally for kicks.

Everyone knows that we, the United States, export more small arms around the world — sorry, I’m obsessed with guns; it just can’t be helped — it’s kind of our preeminent shame. But we have another export that’s just as insidious. It comes from the entertainment-industrial complex, and it’s a language and a mythology about war. We’ve been producing it since Hollywood had its first days.

If you try to imagine how many bodies we exported just last year around the world for the amusement of people, you really do have to ask yourself, “What have we been doing with all our massive power and creativity?” There’s no place in the world like Hollywood for creating a beautiful mythology, the language of the dreamscape of our whole planet. But, sadly, along with Mickey Mouse and all of that innocence, joy and gumption, we’ve also exported this toxic brew of hypermasculinity, aggressive irrationality and violence. It’s a language and mythos and even the psychic preparation for a state of perpetual war.

This is where the ladies come in. It is the good news. The moral arc of my universe is that you get sapped of all your happiness and then I take you somewhere good: to hope.

Not every woman is a peacemaker. Everybody always says, “What about Margaret Thatcher? What about Sarah Palin?” It’s true that it’s not in the X chromosome. It’s not in the estrogen. I don’t think it’s in the Diet Coke. I don’t know why it is, but we have 10,000 years of history to show us that there is a difference between the genders when it comes to violence.

I propose that nothing short of a revolution is acceptable. As a group, women make different decisions politically and economically, and the decisions that they make incline toward conflict resolution, toward interdependence and toward peace. If you don’t believe me, I have a hundred million studies in my house. I will happily show them to you to prove the point.

What if we started to show up more often both in front of and behind the camera? And what if we made media that reflected our reality for a change? What if women made media that didn’t imitate all the media that came before it, but was a precise departure from all of those things?

What are we waiting for, girls?

I started caring about women’s issues because I care about fairness. It just wasn’t fair; we weren’t holding up half the sky. But here’s what I think: If this is just about fairness, fuck it, I don’t care.

For the men in the room, I want you to know this is a present-company-excepted sort of thing. The fact that you’re here with us says good things about you, and we promise that when the revolution comes, we will spare you. Please know that when I talk about toxic masculinity, I’m not talking about you.

Women, War & Peace, a 2011 PBS series, spotlights the stories of women in conflict zones from Bosnia to Afghanistan and Colombia to Liberia. (Photo: Thirteen, Fork Films)

When I started doing research for the Women, War & Peace series — oh, my God, the things I would read! I would come home and look at my sons and my husband and think, “What the fuck is wrong with you people?”

And then I remembered, “Oh, it’s not all of the men,” right? In fact, it’s kind of a narrow swath of men, isn’t it? And if you think about what Rambo looks like in that outfit, and then you try to picture Bernie Sanders in it, it’s hilarious, right? So, in fact, they’re doing you as much of a disservice with this as they are doing us. You all have everything to gain by our shifting the paradigm, everything as much as we do.

So this is for the ladies:

There’s an estimate out there about the progression toward gender parity that says it will be 2095 before women represent 50 percent of anything at the pace we are going. I don’t know about you, but hell no!

It’s time to get bossy. It’s time to throw out the rulebook. It’s time to stop caring about being too shrill, too ambitious or not sufficiently submissive. You might even some find yourself growing out some armpit hair here and there. It’s going to happen — and I just wanted my girls to know that I find a way to mention armpit hair every time I speak anywhere. It’s my policy.

But this is an emergency. It’s time to stop waiting for something else to happen. It’s time to step in — not lean in — step in all the way with everything we have. We need to take our rightful place side by side in creative leadership with men.

Camus said to us, “The only way to deal with an unfree world is to become so absolutely free that your very existence is an act of rebellion.” Anything less is submission, paradigm shift or surrender.

Thank you so much for this.