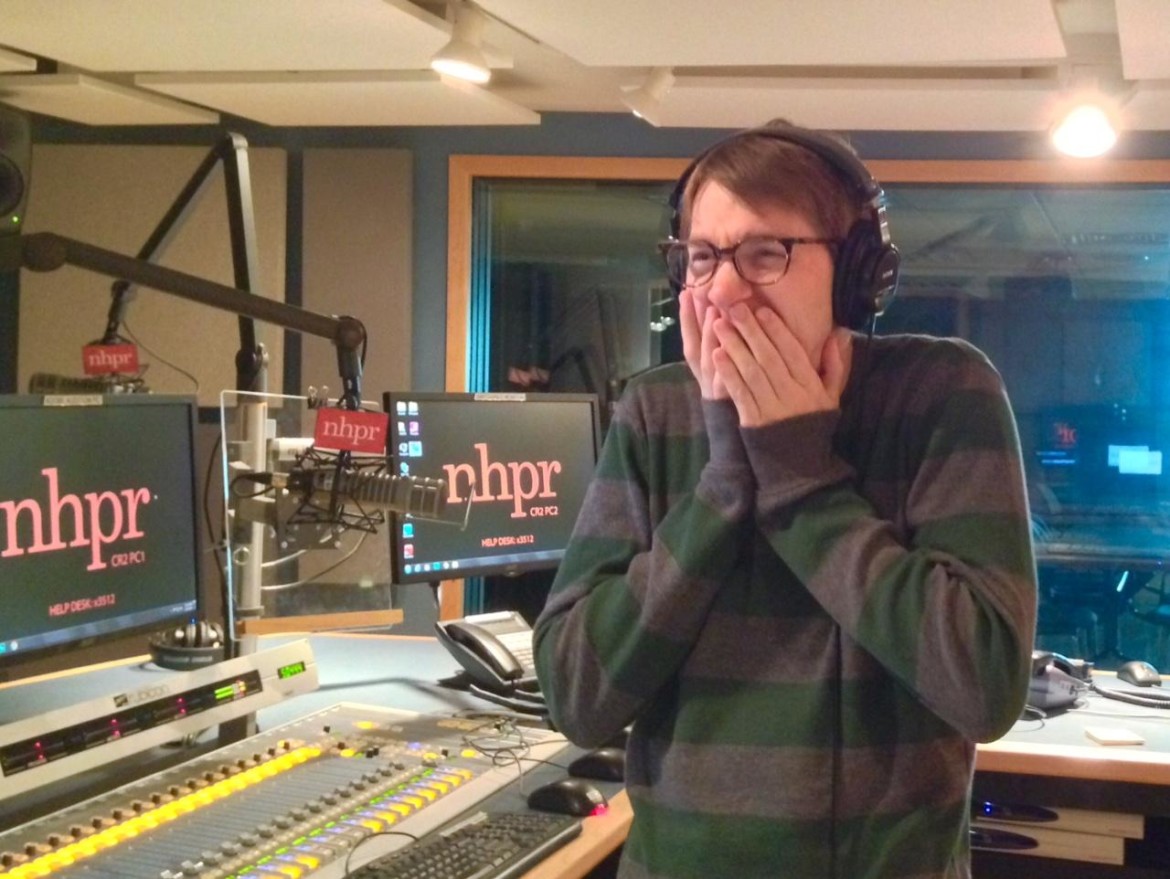 This post originally appeared on the website of New Hampshire Public Radio and is republished here with permission.

Up until July of 2013, New Hampshire Public Radio’s Word of Mouth, of which I’m a producer, was broadcast live and therefore subject to the occasional mishaps and misfortunes of live radio — dropped calls, nervous interviewees, and the occasional technical bumble.

During that time, I was the program’s primary director — it was up to me to make quick calls about when to drop a guest, keep an ear out for the pace of the program, and figure out what to do when things weren’t going the way we had planned.

I’ll be the first to tell you that my job is much less stressful now that we tape our segments and edit them before the show airs (and we’ll never have a dropped call again) but I learned a great deal about making radio during that time.

Here are a few of my favorite “failed” interviews from when Word of Mouth was broadcast live, and the lessons they imparted.

The Legend of The Easter Weasel

In 2011, a personal collection of lost fairy tales and fables was discovered in a locked archive in Germany. The following year, the collection was published — so we booked the cultural curator responsible, Erika Eichenseer, for a 12-minute interview on Word of Mouth.

During this time, our staff was quite a bit smaller than it is now — and we didn’t always have time for extensive pre-interviews. While we had emailed back and forth with Erika, nobody on staff had actually spoken to her.

Once we got her on the air, we discovered that her strong accent, combined with the international line from Germany, made for an awkward (but somehow still charming) conversation.

Lessons learned: If it doesn’t need to be live, tape it! Also, never skip the pre-interview if your guest speaks English as a second language. And, if a guest has a thick accent, make sure the phone line is high-quality.

In 2012, soul superstar Al Green performed at The Music Hall in Portsmouth, N.H. In the days leading up to his event, Word of Mouth was offered a chance to interview him, with a couple of caveats: He would do it  only by cellphone, and he would have to be interviewed from his noisy tour bus.

But how could we say no? It’s AL GREEN! Having already learned the lesson that touring musicians are a risky bet for live radio, we decided to tape the interview — but between the bad phone line and Green’s capricious conversational style, it was a very bizarre interview.

Listen for the moment where, while one of his songs is playing in the background, Al Green starts speaking to other people on the bus.

Lessons Learned: Don’t forego broadcast standards because “Let’s Stay Together” is a great song. Also, no interviews from the tour bus! Famous and/or talented people are not always, by default, great radio guests.

Postscript: We saved a couple minutes of this interview for broadcast, but most of it was left on the cutting room floor.

The Most Awesome Not-Awesome Interview OF ALL TIME

In 2011, California bookseller John Tottenham started a campaign to rid the world of the word “awesome”.

A former producer for Word of Mouth, Avishay Artsy, rightly suggested we interview him — it was a funny little story — although he added a word of warning that John’s voice was somewhat “monotone.”

He set up the interview and wrote the script, but I (in a very optimistic rookie moment) scheduled the interview for a full eleven minutes. This, by the way, is the length of time you might spend with a nationally renowned novelist or Pulitzer Prize—winning journalist — not for a guy who doesn’t like the word “awesome.”

What starts off as an incredibly funny conversation (I was in tears in the control room from the very beginning) slowly becomes one of the longest and most cringe-worthy interviews witnessed in my tenure as a producer at Word of Mouth.

Host Virginia Prescott does an incredible job trying to fill the time allotted (sorry, Virginia!) but ultimately has to dump out a full minute early. To fully appreciate the weirdness of live radio, you’ve got the hear the whole thing from start to finish. Listen for the moment where you stop smiling and start thinking: “How much more of this is left?”

Lessons Learned: Less is usually better — so when determining the length of a segment, be conservative. And have something ready in case you need to dump out a full six minutes early, which would have saved this interview.

Taylor Quimby is a senior producer for New Hampshire Public Radio’s Word of Mouth and Outside/In.