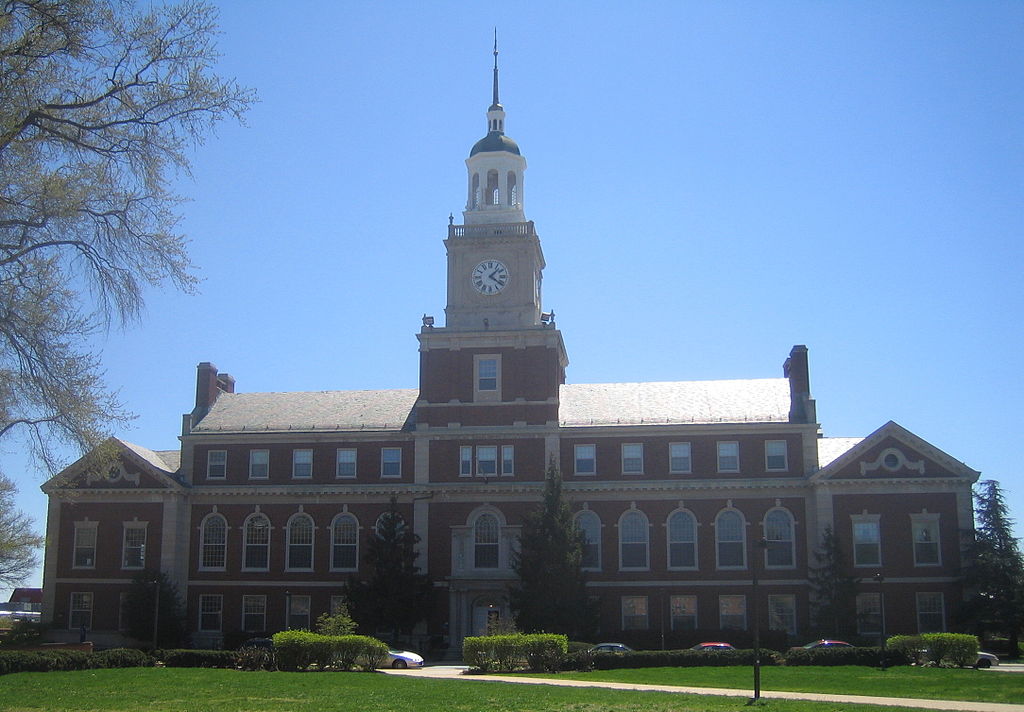 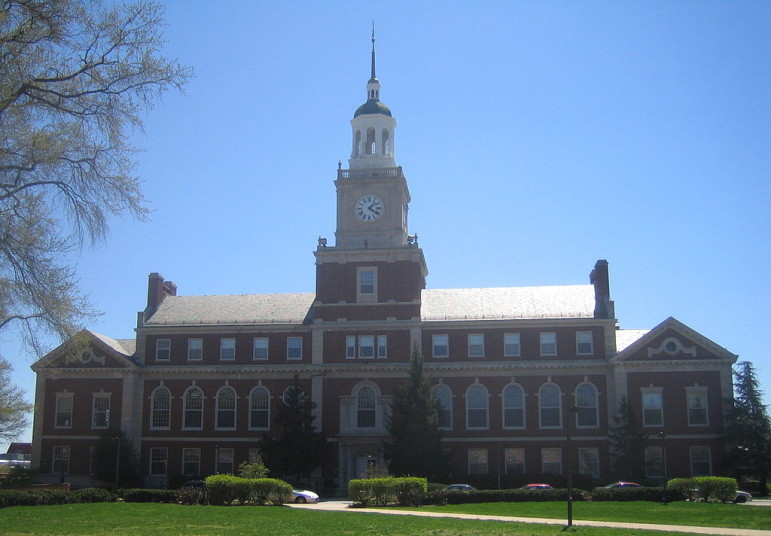 A letter from Howard President Wayne Frederick to the university community Oct. 16 said that through the auction, “there is the potential for the university to realize significant income as a result of the sale of its spectrum.”

“The upcoming incentive auction of television station spectrum will be a unique marketplace,” he said. “It is unlikely to occur again.”

Howard, one of the country’s Historically Black Colleges and Universities, has been struggling financially for several years. Early this year the university cut 84 positions to “ensure long-term financial stability,” according to a statement on the job cuts released in March. According to recent financial statements, its annual subsidies for WHUT’s operations dropped sharply.

WHUT broadcasts to about 2 million television households in the metropolitan Washington region and reaches into Baltimore. Its signal overlaps with WETA, the PBS flagship and producing station headquartered in Arlington, Va., and Maryland Public Television in Owings Mills.

One way the station differentiates itself is by focusing on minority programming, according to GM Jefferi K. Lee. It airs specials such as the National Civil Rights Museum’s Freedom Award ceremony. WHUT also runs Film School Shorts, a weekly showcase of student films nationwide, in keeping with its student-oriented service.

Lee said 25 percent of its schedule is PBS content, with the rest from distributors including American Public Television, National Educational Telecommunications Association and independent producers.

The FCC set the opening bid for WHUT’s spectrum at $461 million, though prices are expected to plunge quickly during the bidding process. That figure surpasses the opening bid for WETA at $454 million. Among the highest bids for public frequencies are $775 million for New Jersey Public Television and $672 million for WLIW, both operated by WNET in New York City.

Frederick noted in his Oct. 16 letter to the Howard community that the university’s leadership “will consider the value that WHUT adds to the experiential learning opportunities for students and faculty in our School of Communications and College of Engineering, and the program and public service opportunities we provide through WHUT to its loyal viewers.”

Gracia Hillman, Howard University v.p. for external affairs, declined to tell Current whether the university’s board of trustees has discussed the spectrum auction, and declined to provide details on how the decision will be made.

“The university is currently receiving and considering suggestions and comments from within and outside of the Howard University community,” Hillman said in a statement. “The views are important and respected. The university intends to consider all available information and examine all of the options that are available.”

Kojo Nnamdi, host of a midday show on WAMU-FM in Washington, got his start in broadcasting at Howard University. He spent 26 years at WHUT and hosted its Evening Exchange interview program until his departure in 2011.

“WHUT means a lot to me,” Nnamdi said in an interview. “And the station has been, at points, really valuable to this community. At one point it was the only resource to see a reflection of African-American life on television. But in today’s media landscape, that’s no longer true.”

“Now people have a much wider variety of choices,” Nnamdi said. “In order to survive, WHUT needs high-quality original programming to keep it competitive with other media outlets. And it needs the resources to do that.”

The station’s most recent audited financial statement indicates that Howard’s financial problems have cut into WHUT’s ability to strengthen its programming. Its support for the station fell 19.4 percent from fiscal 2013 to FY14, from $3.1 million to $2.5 million, according to the station’s AFR. Total public support and other income, which includes its CPB Community Service Grant and viewer donations, fell 7 percent, from just under $1.4 million to just under $1.3 million during that time.

In a commentary for The Root website objecting to the possible spectrum sale, WHUT Community Advisory Board member Eric Easter described the station’s potential to serve African-Americans beyond D.C. Howard University, he wrote, “could be, if it desires, the largest supplier of black-focused content on the planet. But supplying content matters only when you also own the channels of distribution. That spectrum represents distribution, the most significant gap in black media ownership globally. Once you lose it, it will never come back.”

“More than just a learning opportunity for Howard students, WHUT and its studio resource are uniquely poised to be an incubator space for content makers from around the nation,” Easter noted. “What WGBH and WNET are to PBS, as the major suppliers of PBS programming, WHUT can be as well, with thoughtful investment.”

Television broadcasters must decide by mid-December whether to participate in the FCC’s auction, which will clear spectrum for purchase by wireless providers. Stations can sell all spectrum and cease broadcasting, sell some and channel-share with another station, transition to a lower-quality VHF channel or decline to participate.

2 thoughts on “WHUT in Washington, D.C., could lose spectrum in FCC auction”