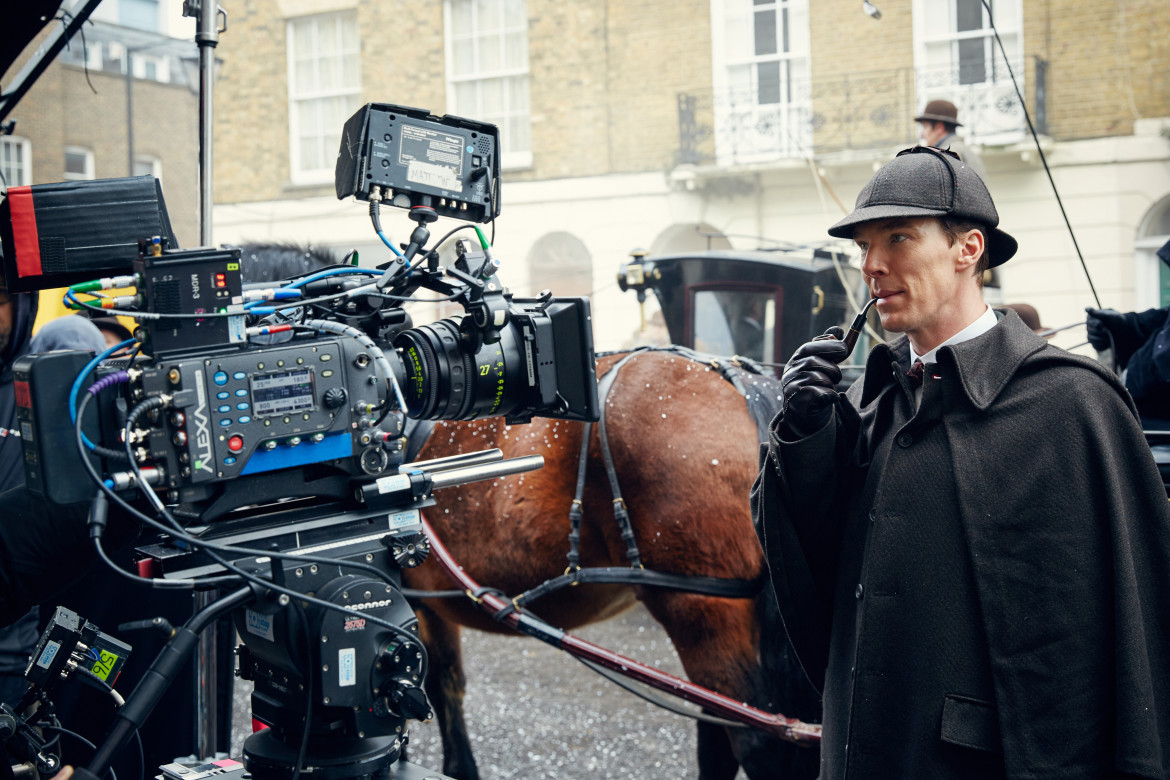 Sherlock star Benedict Cumberbatch acts in a scene from The Abominable Bride, which fans can see on PBS and BBC as well as theaters across America. (Photo: Robert Viglasky)

Sherlock star Benedict Cumberbatch acts in a scene from The Abominable Bride, which fans can see in January on PBS and BBC as well as theaters across America. (Photo: Robert Viglasky)

The January premiere of a Sherlock special on PBS’s Masterpiece marks two firsts: a same-day showing in the U.S. and U.K., and a big-screen theatrical release a few days later in the U.S.

Some 500 theaters nationwide are scheduled to present The Abominable Bride at 7:30 p.m. local time Jan. 5 and 6. That version will feature 20 minutes of additional footage, including a guided set tour of 221B Baker Street hosted by Steven Moffat, co-writer and executive producer, and a making-of short with stars Benedict Cumberbatch and Martin Freeman. Tickets are available starting Nov. 6 at FathomEvents.com.

Soumya Sriraman, e.v.p. at BBC, said the producers wanted to give “a very special thank you gift to the Sherlock fans in America who are incredibly loyal and supportive of the show.”

Ellen Dockser, Masterpiece spokesperson, said the special theatrical release, a first for the icon series, was created as a “fan experience.” It also presents opportunities for local public TV stations to partner with movie theaters for community events, she said.

The Abominable Bride finds the famous detective (Cumberbatch) and his assistant Watson (Freeman) tackling a tough case in 1895 London.

Season 4 of Sherlock goes into production in 2016, Dockser said.