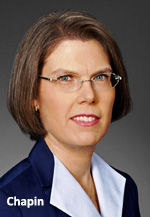 NPR announced Wednesday the appointment of Edith Chapin as executive editor of NPR News. Chapin had held the position on an interim basis since June. Chapin joined NPR in 2012 as senior supervising editor of the International Desk after 25 years with CNN, where she reported from Europe and Africa, directed coverage in New York City and worked as v.p. and deputy chief of the network’s Washington, D.C., bureau. In her new role at NPR, she replaces Madhulika Sikka, who left the network in June to become v.p. and executive editor at news website Mic.

Also at NPR, Libby Bawcombe was hired as a senior visual product designer. She previously worked as a digital design director at The Atlantic, starting in 2013. Bawcombe also worked as a manager and senior multimedia designer for the Newseum in Washington, D.C., for 13 years. And Nick Fountain moved to New York City to become a producer for Planet Money after working as a producer and director for Morning Edition.

Joe Bergantino announced Sept. 28 that he will retire as executive director of the Boston-based New England Center for Investigative Reporting. Bergantino will help the center’s advisory board find a successor and will assume the title of executive director emeritus, remaining involved in training, fundraising and other projects. He will also join the advisory board. Bergantino launched NECIR in 2009 after 22 years of investigative reporting for WBZ-TV in Boston. During Bergantino’s tenure, the center’s budget grew from $300,000 to $1.2 million.

John Myers will join The Los Angeles Times Oct. 20 as Sacramento bureau chief. Myers is currently a senior editor at KQED, where he is the station’s longest-serving statehouse bureau chief. Myers started one of Sacramento’s first daily news blogs in 2004 and launched a weekly politics podcast in 2006. In 2014, The Washington Post listed Myers as one of America’s best statehouse reporters. 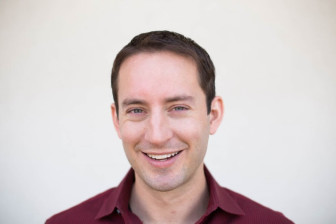 Ben Bradford might run into Myers in his new job at Capital Public Radio in Sacramento, where he’s state government reporter. Bradford fills the role vacated by Katie Orr, who now reports on health care for the station. He formerly reported for WFAE in Charlotte, N.C.

WBAA has hired Chris Vizza as a reporter and Morning Edition host. She replaces Kristin Malavenda, who left the station in July. Vizza was most recently news director at CBS affiliate WLFI in Lafayette, Ind.

Koahnic Broadcast Corp. in Anchorage, Alaska, has hired Art Hughes as e.p. and manager of national programs, overseeing the public radio shows National Native News, Native America Calling and Earthsongs. Hughes most recently worked as a web editor for Dolan Media. He was also news director for BringMeTheNews.com, an online and radio startup, and for more than 12 years he was a reporter and producer for Minnesota Public Radio.

Cassie Gage joined Oklahoma Educational Television Authority as v.p. of communications. She previously worked for two years as digital marketing manager for Prodigal LLC in Oklahoma City and has also worked for the Oklahoma Tourism and Recreation Department and the University of Oklahoma.

WGBH in Boston announced four production fellowships Oct. 1. The station awarded the 2015 Peter S. McGhee Fellowship to Sarah Colt, a filmmaker with WGBH’s American Experience. Colt produced Walt Disney and is researching a four-part AmEx series about the Gilded Age. She will work with the show for the year of her fellowship. Named for WGBH’s former head of national programming, the McGhee Fellowship supports mid-career filmmakers who have shown “exceptional promise” in nonfiction television production, according to the station.

And WGBH’s 2015 Becton Fellows are Patricia Alvarado Núñez and Jillian Orr. Alvarado Núñez serves as co-executive producer of WGBH’s Sing That Thing! and has produced documentaries, music specials, on-location and studio-based programs. Orr serves as e.p. in WGBH’s Children’s Media group. The fellowship is named in honor of former WGBH president Henry Becton, Jr. and recognizes “promising WGBH producers and content creators whose work is emblematic of WGBH’s public service mission,” according to a release.