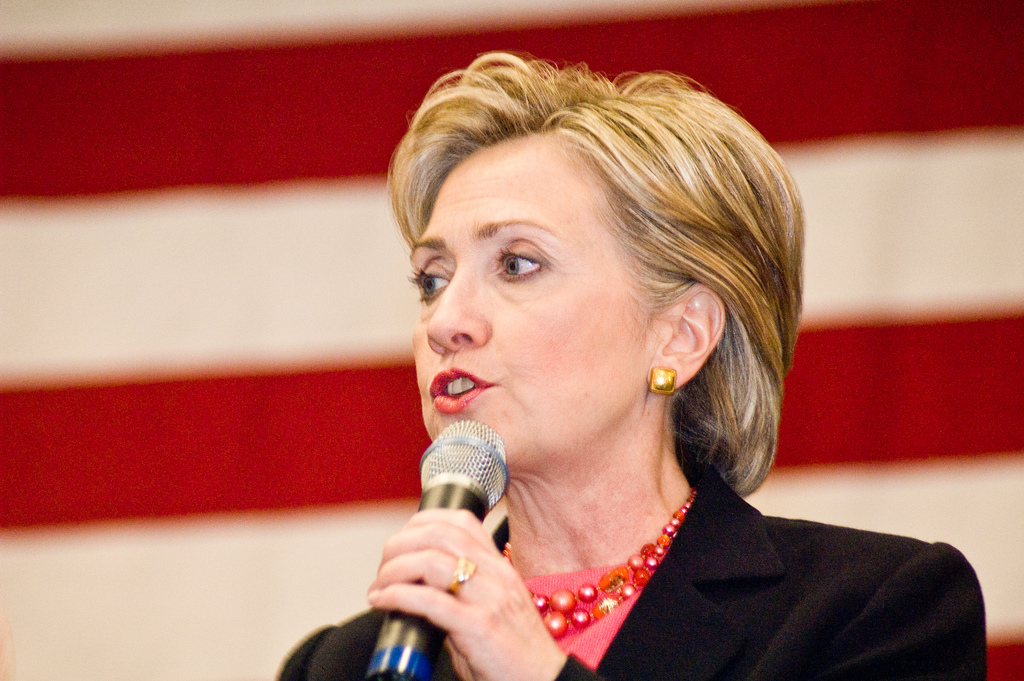 In the latest batch of Hillary Clinton’s emails released to the public, we learn about a particularly trying incident: a drive on Long Island during which the former Secretary of State couldn’t find an NPR station. 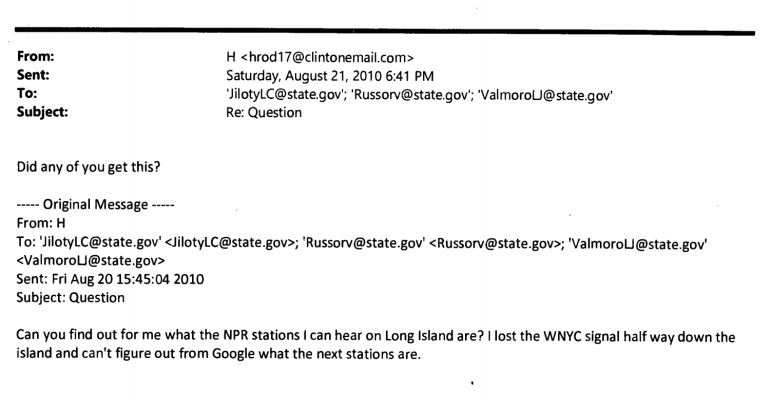 In an Aug. 20, 2010 email, Clinton asked three of her staff members to help her find the nearest NPR station.

She’d been listening to WNYC before she lost its signal halfway down the island, according to the email.  “…Can’t figure out from Google what the next stations are,” Clinton wrote.

The next day, more than 24 hours later, she even sent a follow-up. “Did any of you get this?”

As NPR pointed out, WPPB was the station she should have been looking for. Or…