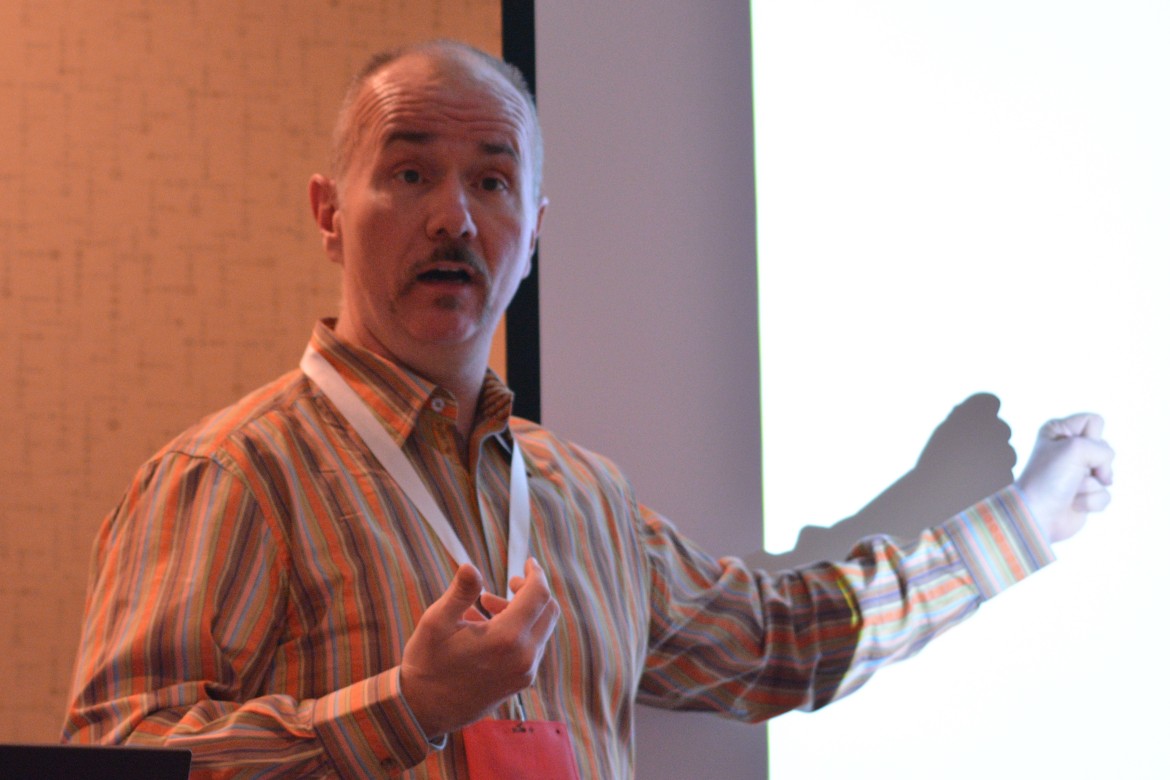 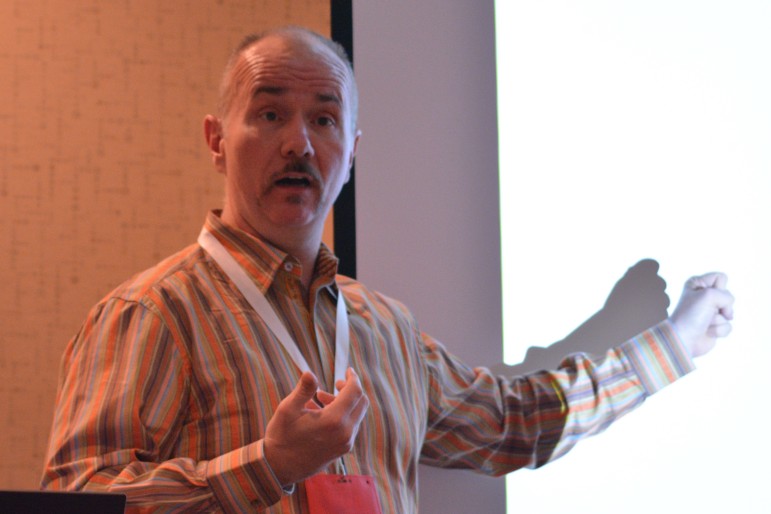 “The reason that we worry about compliance is that it’s in everyone’s best interest if you comply,” Winteringham told NETA attendees. (Photo: Ben Mook, Current)

Robert Winteringham, a consultant with Public Media Consulting Group and former CPB deputy general counsel, discussed the audits during a session about compliance with CPB requirements. Of greater import, he said, was the audit that questioned the use of $2.3 million in CPB funds to develop the Public Media Platform, a digital distribution system founded by five pubmedia partners.

“In the IG world,” Winteringham said, “when things are questioned, or are found to be put to better use, that basically means, ‘Give the money back.’”

CPB’s own reaction to the audit was notable, Winteringham said. “This is a big number,” he said. “This is serious enough of an IG report that CPB issued a press release about it. CPB never, ever does that. CPB is always silent about IG reports.”

CPB may have responded to the audit due to the amount of money in question, Winteringham said. A hint of issues with a grant of that size could draw unwanted attention, he said.

“The reason that we worry about compliance is that it’s in everyone’s best interest if you comply,” he said. “It’s in your best interest as a station so you possibly won’t get a report with adverse findings. It’s in the national organizations’ best interest because you never know when an IG report will catch fire with a member of Congress or something like that.”

“This has a chance, I think, of possibly catching fire just because the number is so big,” he added.

Winteringham told attendees that in addition to the PMP audit, a second audit released the same day could also have repercussions. The audit examined 10 small public radio stations receiving CPB Community Service Grants and their compliance with transparency and openness requirements stipulated by the federal Communications Act.

Mitchelson said in the report that, as in past audits, the IG’s office found a “high level of noncompliance” on requirements regarding open meetings, financial reporting and community advisory board activities.

“While all 10 stations certified to CPB that they complied with all Act requirements in applying for their FY2014 CSG,” she wrote, “eight of the 10 were not fully compliant.”

The report also found that nine stations failed to post required information on their websites. Four of the stations also fell short in their accounting of use of CSG funds.

Winteringham said the audit highlighted the need for licensees to keep up proper documentation. Receiving a CSG requires broad transparency in using the station’s website to post copies of financial documents, information about employee compensation, and details about open meetings, regardless of licensee type, Winteringham said.

In the past, when stations had to keep only physical public files maintained, stations could take a chance on whether an auditor would visit their offices to examine documents, Winteringham said. But that’s changed now that CPB inspectors are checking station websites.

“With this website transparency, they’re just sitting in Washington looking at your website,” he said. “You may or may not know this is happening, and the audit chances are going to be higher because there’s no travel costs.”

“The stakes did get raised a little higher,” he added.