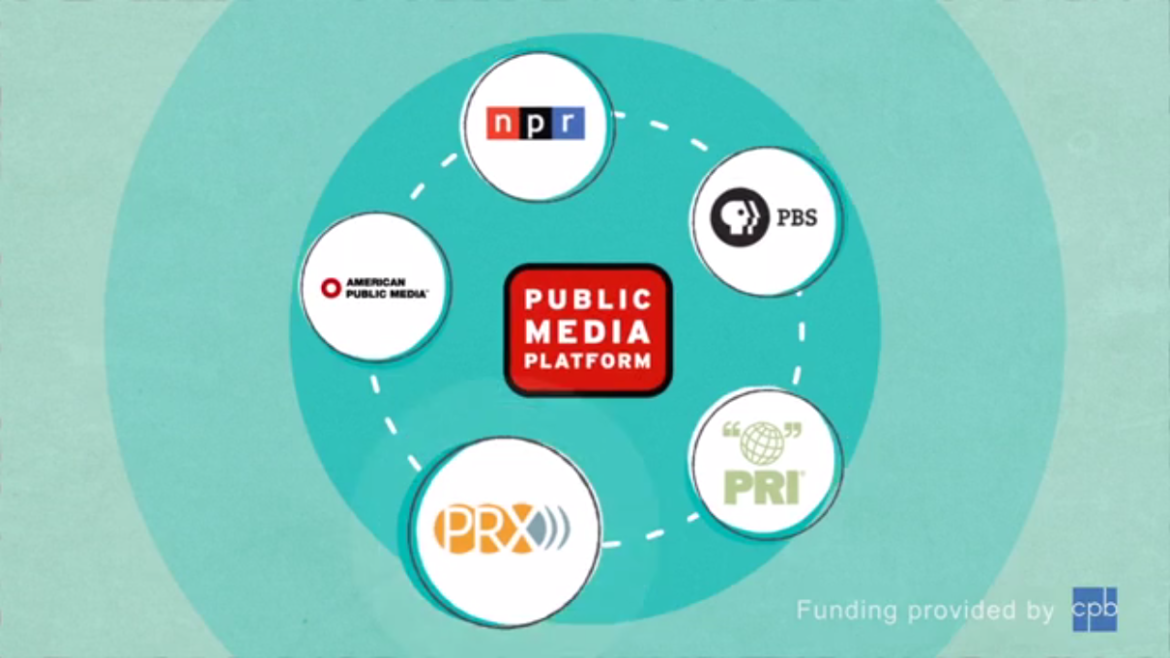 Screenshot from "What is the Public Media Platform?"

Screenshot from a PMP video

The board of directors of the Public Media Platform has agreed to fold the content-sharing interface into NPR’s Digital Services division as of this winter, citing a need to give the PMP the stable footing it needs to continue to grow.

The board announced the decision Nov. 2. Under the agreement, NPR will house the PMP until at least 2020.

“If you want to kick the ball as far downfield as possible, then this is a good thing,” said Kristin Calhoun, executive director of the PMP.

The board chose NPR as the PMP’s new home based on the network’s infrastructure and track record with technology development, said PMP board chair David Kansas, c.o.o. of American Public Media. APM is one of the five founding members of the PMP, along with NPR, PBS, Public Radio International and the Public Radio Exchange.

“This move gives the PMP a dramatic increase in institutional heft, which will enable greater service and support than the PMP could have provided alone,” Kansas said. “We believe this is the best way to ensure a strong future for PMP. In fact, during the formation of the PMP, the founders discussed housing it at NPR from the start.”

The PMP got underway in 2010 with a $784,000 grant from CPB to the founders. The funding supported development of the application programming interface that became the PMP, which aims to ease access to public media’s digital content.

The PMP then moved out of the planning phase with an additional $8 million grant awarded by CPB in November 2012. A nonprofit was established with a plan to build out the software and make it operational. That grant runs through May 31, 2017.

In a Sept. 30 audit, the CPB Office of the Inspector General questioned $2.3 million in build-out expenses incurred by the PMP from November 2012 to December 2013. Kansas said the audit did not influence the board’s decision. “The OIG report, which we strongly dispute, played no role in this decision,” he said.

PMP’s staff has been working to grow the number of stations using the platform. In May, NPR introduced tools that integrated the PMP into its Core Publisher content management system, used by stations. A pilot program that started in May is testing a WordPress plugin as well.

Thirty stations are accessing the PMP at least daily to download or upload content, Calhoun said. Another 100 stations, producers and content providers are registered and working with the PMP to become active users. The PMP has aimed to reach 75 active users by May 2017.

“We felt we would be able to meet and exceed that metric,” Calhoun said.

NPR did not specify whether the PMP’s current staff will join the network.

“All we’re focusing on is making sure this is a smooth, natural transition for the PMP,” Calhoun said. “This is a good thing, and we’re proud of what we’ve done.”

Other founding members will continue to work together on the PMP, Kansas said.

“We want to continue that collaboration, so following the transition, the founding members will continue to meet as an advisory group,” Kansas said. “We will consult with NPR on the PMP and continue to foster the good relationships we have developed.”