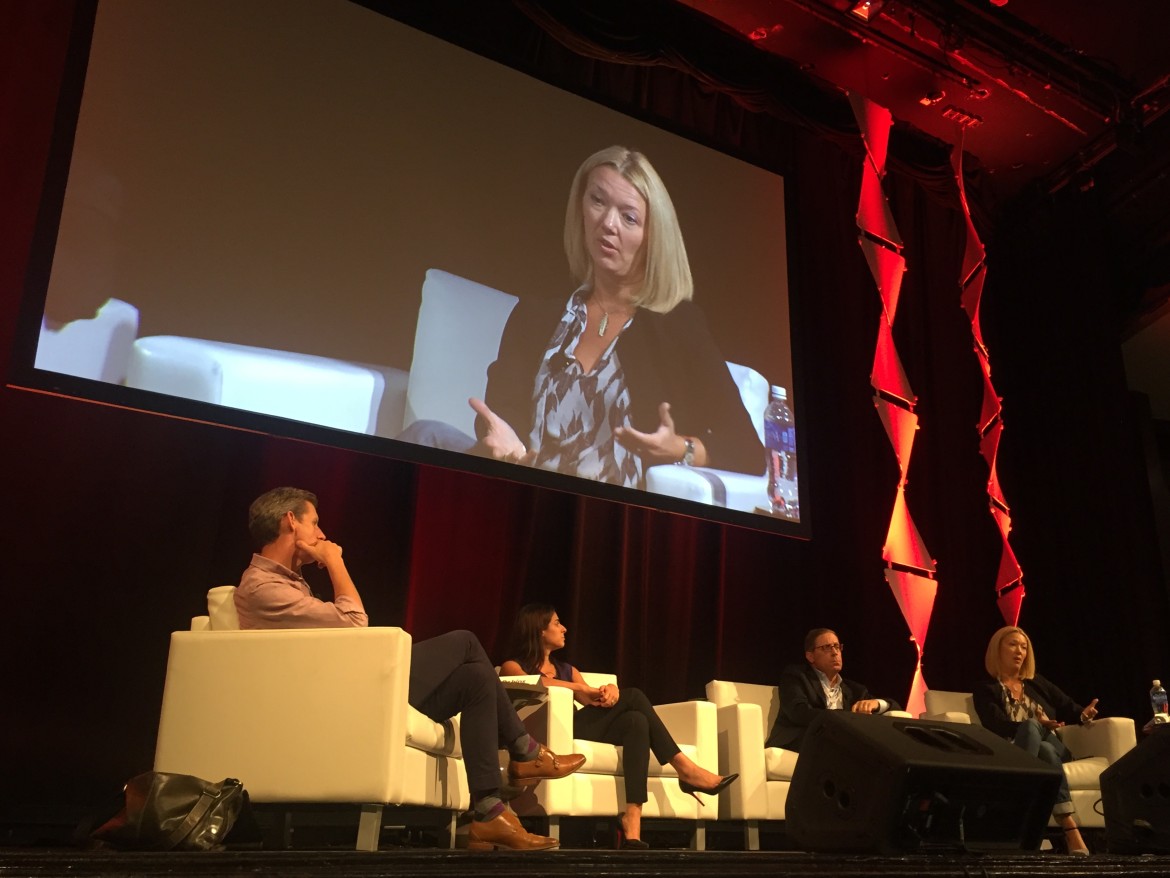 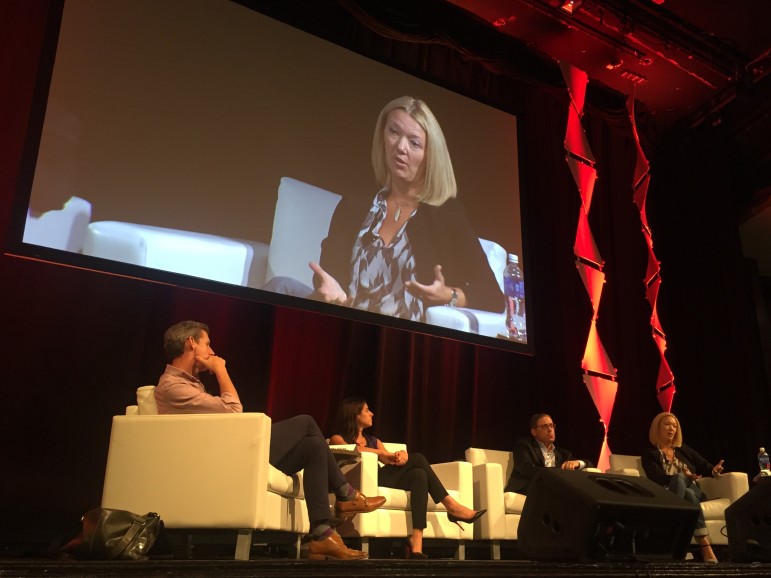 LOS ANGELES — While journalism business models remain in an often painful state of flux, three revenue sources have proven themselves to be both resilient and fruitful, especially when used together: membership, smarter advertising and live events.

This was the takeaway of a Thursday session on revenue at the 2015 Online News Association conference, where nonprofit and for-profit media leaders divulged — in surprising detail — their secrets to financial success.

Marketplace host Kai Ryssdal moderated “arguably the most important panel of the entire smash right here, because money. Because money,” he said, to chuckles.

First up was Mary Walter-Brown, publisher and c.o.o. of Voice of San Diego. The pioneering nonprofit investigative local news service is ramping up its public media–style membership program after subsisting primarily on grants and major gifts since its founding in 2005.

Out of the approximately 1.3 million unique visitors the site received in 2014, “15,000 of them are in our [membership] pipeline,” Brown said. That means they’ve signed up for a newsletter, registered an account to leave a comment, or engaged with the site in some way that involved sharing an email address.

Brown stressed that organizations seeking members need to give the audience “different reasons to give [you] their email address. You need those email addresses to build a successful membership program.”

Out of the 15,000 people who have given Voice of San Diego addresses, only about 2,000 have become members, which VOSD defines as anyone who gives every year and whose total annual contribution is no more than $5,000.

Brown said her near-term priority is to harvest more of the “low-hanging fruit” — the 13,000 people who have engaged with the site but are not members. But she said her modest membership program isn’t just about the money it generates.

“It’s also a breeding ground for more money — major donors, sponsors, in-kind services,” Brown said. “We had a guy give us 50 bucks the first year and $5,000 the next year, and he became one of our top tech advisors the following year.”

The tools that Voice of San Diego uses to attract, prod and retain members would be familiar to most public media fundraisers: 90-, 60- and 30-day reminder emails for renewal and “we miss you” messages for lapsed members, all automatically generated by the customer relations management software Salesforce and delivered by Predictive Response, an automated email marketing plugin that works with Salesforce.

“Don’t underestimate the importance of CRM,” Brown said. “You have to keep talking to these people, and you really would be surprised at how tolerant they are of those messages.” The percentage of people opting out of VOSD’s fundraising emails is “very low,” she said.

“Don’t worry about tchotchkes — you don’t want to be in the mailing business,” she said.

Instead, VOSD provides members with informational products and experiences that make them feel like they’re part of the newsgathering process, five of which Brown said are key to making members feel “special”:

The live events include member coffees on the last Thursday of every month in various locations around the community.

The coffees, Brown said, generally attract about 30 members at a time and are “like group therapy for wonks.” Going around the room and getting feedback from users not only enhances member loyalty but provides useful information for VOSD’s editorial leaders.

“We might be all hung up on whether the [NFL’s San Diego] Chargers should stay in San Diego or go to Los Angeles, or whether we should have a contiguous convention center versus two different buildings, and they’re like, ‘No, we really care about our potholes on our street and our sidewalks,’ ” she said.

Joy Robins, senior vice president of global revenue and strategy for the 3-year-old mobile-focused business news publication Quartz, said she was initially hesitant to come to ONA and share her for-profit company’s secrets to successful advertising.

However, Apple’s recent release of iOS 9 and the ensuing rise of ad-blocking software changed her outlook.

“It made me realize that it was incumbent on me to share our trade secrets, to give you our best practices and to implore all of you to demand quality from your publications when it comes to your ad models,” Robins said, so that users have fewer bad experiences with advertising that would lead them to opt out of viewing it altogether.

“Why can’t we, in digital, create beautiful things?” Robins said. “Our users truly enjoy this. We actually see amazing interaction rates with these ads, and we see high, double-digit CPMs for them.”

While nonprofit and public media might not have the resources to help create and display such high-touch advertising, Robins advised publications to “remember where your readers are. More than 50 percent of them are more than likely on a mobile device, so create advertising that lends itself to actually be consumed on a mobile device.”

“We’ve launched, two years running, now, our Global Executive Survey,” she said, in which Quartz asked about 3,000 senior-level business executives for their feelings — as consumers of business news — on branded content.

“The good news, for all of us, is that 84 percent of executives are actually, genuinely interested in content from brands,” Robins said. “They want to hear about industry analysis, new products and innovation, and leadership and insights.”

Many companies already have well-produced graphics and videos with the kind of information that can be easily repurposed as a native ad on a news site, she said. Survey respondents also told Quartz they would be most likely to click on branded content consisting of charts, photography and interviews.

Despite Quartz’s success with advertising, Robins said, “I would not recommend to anybody that they actually build a business solely based off ad revenue.”

In its six years of existence, the nonprofit Texas Tribune has generated $5.5 million from putting on live events, according to a slide that CEO and Editor in Chief Evan Smith said was updated “as of this morning.” That accounts for 17 percent of the online publication’s total revenue up to this point.

The Tribune now does, on average, one live event per week in large and small communities across Texas, usually consisting of a Tribune journalist interviewing elected officials before an audience.

“We make news and break news at almost every event we put on, and the media have to cover our events and report on our events as news, because they are,” Smith said.

Those events have already generated nearly $1.5 million in 2015 alone (23 percent of the Tribune’s anticipated 2015 revenue), with more than three months left in the year. The money primarily comes from corporate sponsorship. Sponsors pay to have their logos on event materials and to be acknowledged from the stage.

The beauty of these events, Smith said, is that they make money while staying squarely on mission.

“Our job is to be the public square that has faded from so many of our communities,” he said. “The place where the community comes together — people of unlike minds put their weapons down and hash out their differences in a room.”

Smith divulged some of the “secret ingredients” of the Tribune’s event strategy:

While partnerships are valuable, Smith said, it’s important for news organizations to maintain total control of their live events.

“Your team, your event,” he said. “If somebody comes to an event that has your name on it, somebody else’s team has run it and they’ve screwed it up, they won’t come back a second time.”

But Smith advises getting as much as possible on trade. “Pay for nothing,” he said. For example, the Tribune offers free lunch to attendees at campus events, procured from local vendors in exchange for sponsorship acknowledgment.

On the subject of sponsor acknowledgements, Smith said it’s key to keep sponsors “on their side of the line.” Sponsors of Tribune events are not allowed on stage and have no input on the editorial content of events. Rather, Tribune staffers themselves thank the sponsors from the stage.

“If I go into Corpus Christi, or if I go into Amarillo or El Paso, you better believe we’re going to do some kind of a general fundraising event for the Tribune before or after the event,” Smith said.

“Because at the end of the day, it’s got to be about more than simply the content up on the stage.”