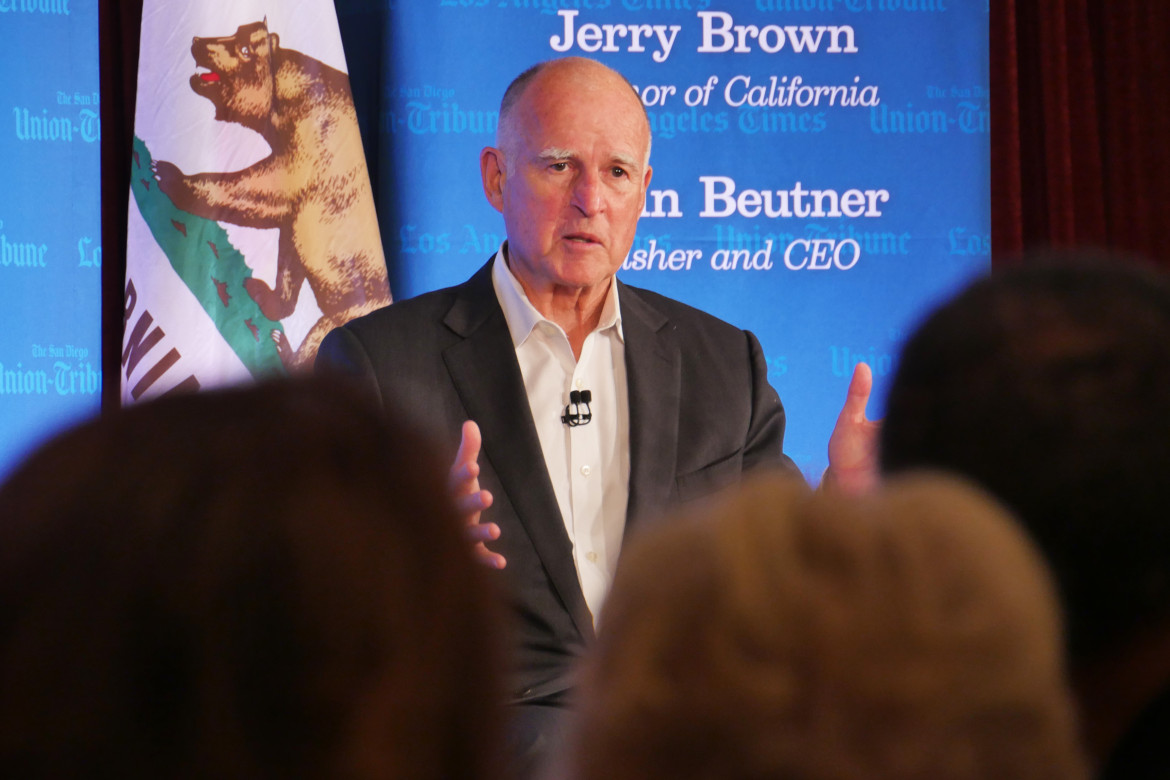 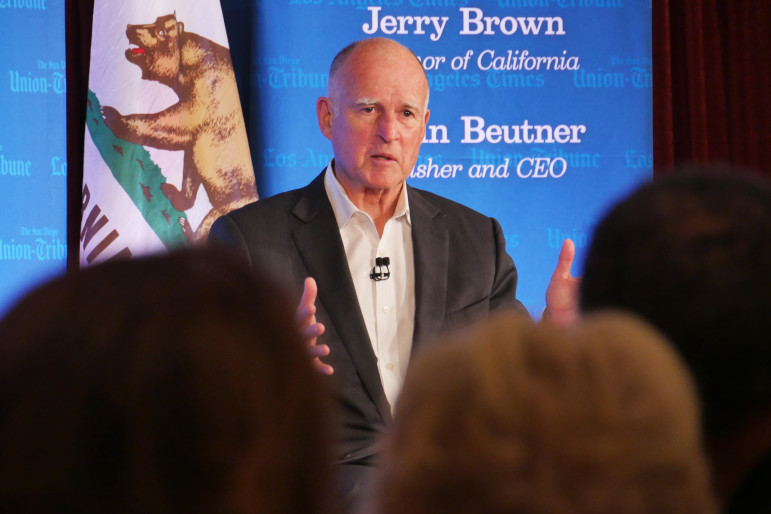 KCETLink and the Los Angeles Times have launched an events series to spotlight live discussions about statewide issues in California.

Titled “The California Conversation,” the series is KCETLink’s first project with a for-profit partner. It will feature prominent speakers discussing a wide range of topics.

Its first event, an hourlong talk June 9 between California Gov. Jerry Brown and Times publisher Austin Beutner about water issues, aired live on KCET’s TV channel and was live-streamed and live-blogged on the Times’ website. KCETLink is producing the series as part of its “SoCal Connected” brand.

That event was the first of what is expected to be a yearlong experiment to reach a wider audience using KCETLink’s viewers and the Times’ web and print properties. According to KCET and the Times, the first event reached 1 million TV viewers, 1.5 million people in print and online, and more than 20 million people through social media and publication of the Times story by other outlets.

Michael Riley, who took over as KCETLink c.e.o. and president in January following the departure of Al Jerome, said the station’s board, particularly chair Dick Cook and board member David Johnson, wanted the station to seek more partnerships in the region. The Times had approached the station about an events series, and Riley credits Cook and Johnson for introducing him to Beutner.

“That was an exciting opportunity for us, because we knew that [the Los Angeles Times] were looking to get California Conversation off the ground, and they were looking for a partner who could bring those stories to life from a video perspective,” Riley said.

The goal, according to Riley, is to effect as much impact as possible on issues important to Californians and to reach a wide audience. The two organizations will measure the success of these events by tracking reach and impressions on all of their platforms, including web, television and print. So far, the partners are not sure how many events they’ll hold or when the next one will be.

The collaboration marks KCETLink’s first partnership with a legacy news organization in California, and it is the latest in an industry-wide trend among media organizations seeking to diversify income by charging and seeking sponsorships for live events. Other news organizations monetize events through ticket sales, sponsorships, advertising or a combination of those approaches. Times spokeswoman Hillary Manning said the partners are considering those revenue sources, including both web and print ads, but they have no details to share yet.

The Times hired Ben Chang, a former foreign service officer, as vice president and events editor to oversee both the California Conversation and the paper’s annual book festival. The Times is in charge of selecting the topic, time and place of each conversation, Manning said. The organizations will share earned revenue — they declined to disclose how much the first event brought in.

Netafim, a Fresno-based irrigation company, was the sole sponsor of the June event.

Over the last few years, KCETLink has stepped up efforts to stay solvent in an increasingly mobile-driven market. KCET split from PBS in 2011 and posted a $7.4 million loss for the fiscal year ending June 30, 2012. The station then downsized, laying off 22 staff, and it merged with satellite TV media nonprofit Link Media in 2013.

Since the merger, KCETLink has focused on programming for web and mobile consumption in addition to traditional TV.

“For us, it’s a way for us to tell interesting stories with one of the largest news organizations in the United States,” Riley said of the Times partnership. “It’s an exciting time to collaborate.”