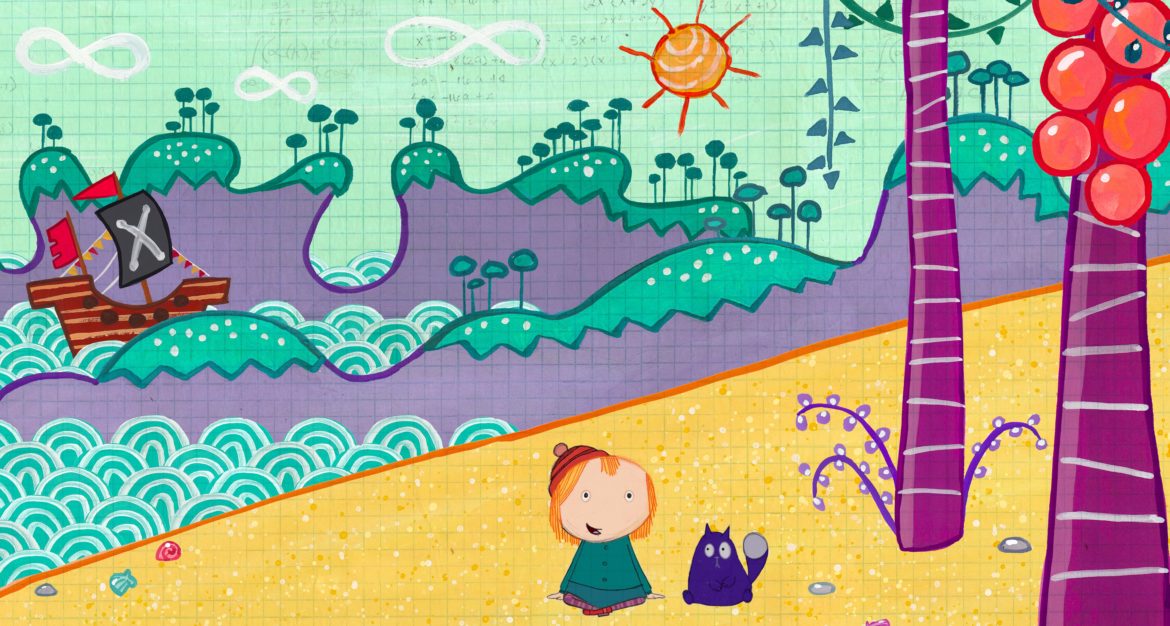 A scene from "Peg + Cat," a PBS Kids show from Fred Rogers Co. that's funded in part by Ready To Learn.

The U.S. Department of Education has moved forward with first-year funding of the next five-year Ready To Learn cycle, even as the program’s future remains embroiled in partisan budget battling in Congress.

The Ready To Learn grants will support development of television and multimedia programs addressing science and literacy for preschool and young elementary-school children and their families. Aimed at at-risk children, RTL provides grants to public TV and other educational media providers.

Funded in five-year increments, RTL is authorized under the Elementary and Secondary Education Act of 1965. CPB administers RTL in partnership with PBS under a contract with the Department of Education. Grants are awarded competitively and are open to other media and education organizations.

In the last round of funding, from 2010–2015, the Department of Education awarded grants to CPB, PBS, Chicago’s WTTW, Wildbrain Entertainment and Hispanic Information and Telecommunications Network Inc.

RTL received an endorsement from President Obama earlier this year but now faces an uncertain future. In February, Obama’s proposed budget included funding for the program as part of a $240 million package of STEM initiatives. The president’s administration had previously attempted to consolidate RTL with other Department of Education programs.

In June, the House and Senate Appropriations Committees approved $445 million in CPB funding. But while the Senate committee approved a bill that included $25.7 million for RTL, its counterpart House committee passed a bill without the funding.

The legislation that authorizes RTL as a Department of Education initiative also faces a battle. Senate Bill 1177, the Every Child Achieves Act, would reauthorize the Elementary and Secondary Education Act that includes RTL’s authorization.

Meanwhile, in the House, lawmakers passed a bill that omitted RTL authorization. For RTL to be reauthorized and funded, the House and Senate must pass a reconciled final bill including both.

Lawmakers don’t appear to be targeting RTL in particular but instead are arguing about larger funding issues, said Association of Public Television Stations CEO Patrick Butler.

“It’s just a matter of the majority wanting to hold down domestic spending as much as it can,” Butler said. “They’re trying to find anything they can to alleviate budget pressure, and we’re one of hundreds of programs that could be potentially defunded.”

Previous budget battles in Congress have often engulfed RTL, said Debra Sanchez, senior v.p. of education at CPB. “It’s kind of the nature of these kinds of budget talks,” she said. “It’s not a program that has been targeted so much, but it has been proposed over the years that funding be cut.”

“But we’re lucky to have had some strong backers in Congress,” she added.

According to APTS, 22.4 million kids viewed RTL content in 2014 alone, while online games and content racked up 20 million unique pageviews. Over the years, RTL funding has contributed to research and development of broadcast and online content, including Odd Squad, Peg+Cat, Sid the Science Kid and Sesame Street.

With lawmakers back from recess, Butler and other public media supporters will make the case for RTL and its return on taxpayer investment.

“I’m not despairing of our prospects about keeping Ready To Learn authorization and funding in place,” Butler said. “There was an 81-17 vote in the Senate in favor of it. It could have been very controversial, but there was tremendous support.”