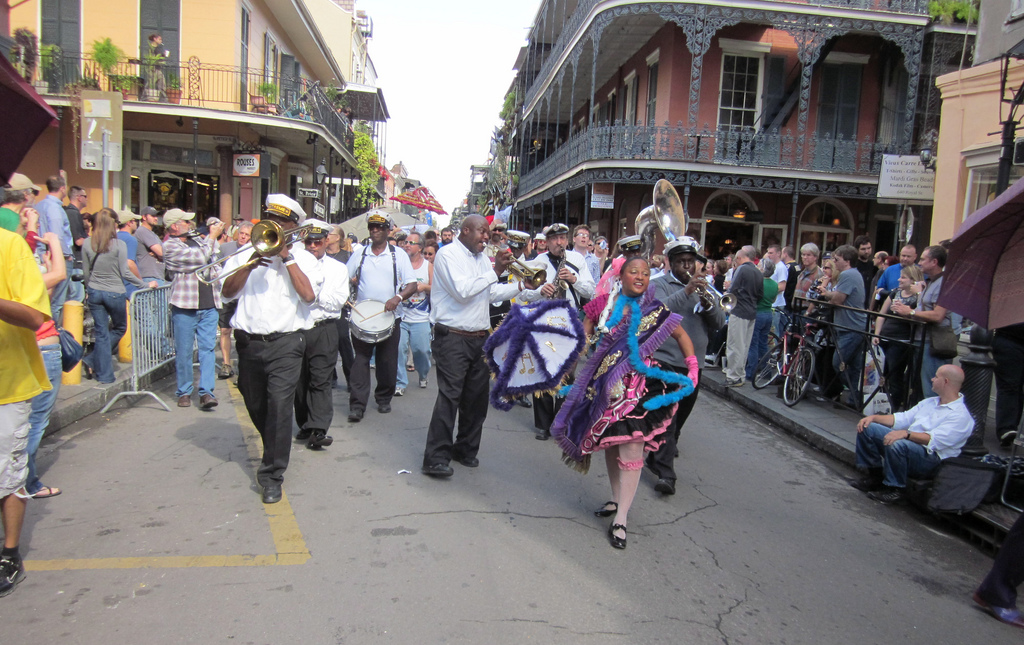 A parade in New Orleans celebrates the 30th anniversary of WWOZ. An anniversary that almost didn't happen because of Hurricane Katrina. (Photo: Infrogmation of New Orleans/Flickr) 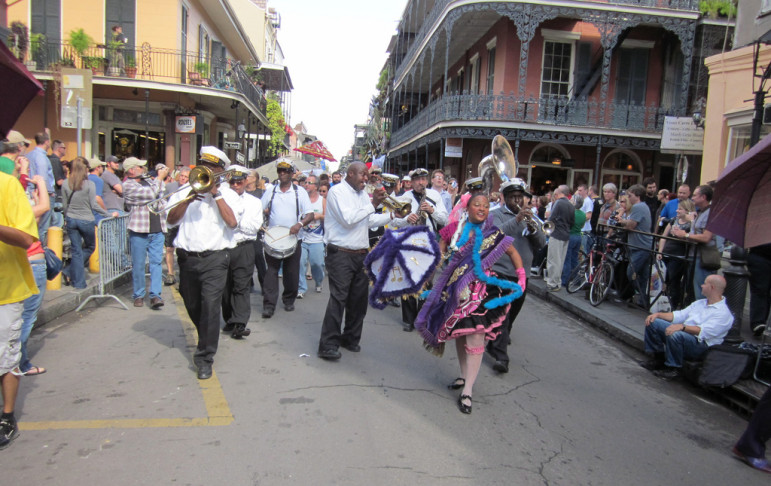 A parade in New Orleans celebrates the 30th anniversary of WWOZ — an anniversary that almost didn’t happen because of Hurricane Katrina. (Photo: Infrogmation of New Orleans/Flickr)

When Hurricane Katrina devastated New Orleans, it also took public broadcasters off the air and damaged all four of the city’s stations, Current’s Karen Everhart wrote at the time.

Now, in addition to telling their community’s stories, some stations are relating their own accounts of what happened after the levees broke.

Community radio station WWOZ aired an hourlong episode of its show New Orleans Calling about how the station “could have been lost forever” but survived. The broadcast included interviews with station staff, volunteers, and others who helped revive the station after it went off the air. It’s available on Public Radio Exchange.

WWNO-FM also produced a report about its “Katrina story.” “Whether it was setting up a temporary broadcast post in Atlanta, finding a way back into the city to check on the transmitter, or making sure local folks got the information they needed to begin rebuilding their lives, our staff performed above and beyond,” according to the station.

Stations have also been looking at the storm’s legacy. WWNO produced a podcast and radio series leading up to the anniversary titled “Katrina: The Debris,” which told stories about what was left behind after the storm. Its series titled “The Katrina Files” told stories from the perspectives of first responders who worked in New Orleans after the storm.

The station also assisted WNYC’s Death, Sex & Money podcast with a series of stories on Katrina.

Louisiana Public Broadcasting put together Katrina Ten Years After: A Second Life, A Second Chance,” a documentary that’s available to stream on the broadcaster’s website.

In addition, WLAE-TV has been airing special programming, and WYES-TV explored how public education has changed in the decade since Katrina.

Here’s some of Current’s Katrina coverage from 10 years ago: