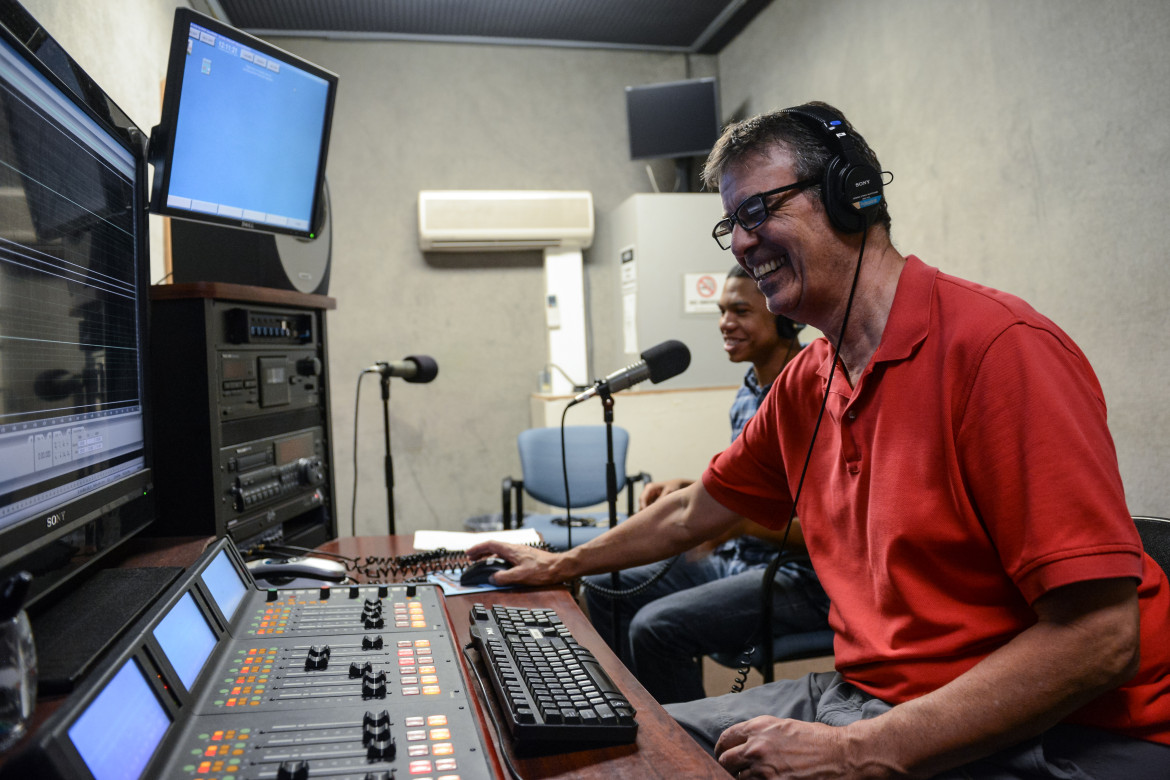 Host Richard Winham and student host Kinnawa Kaitibi work on Kaitibi's The Thursday Encounter, a show on WUTC. The radio station’s future is under consideration at its parent university. (Photo: Chuck Cantrell) 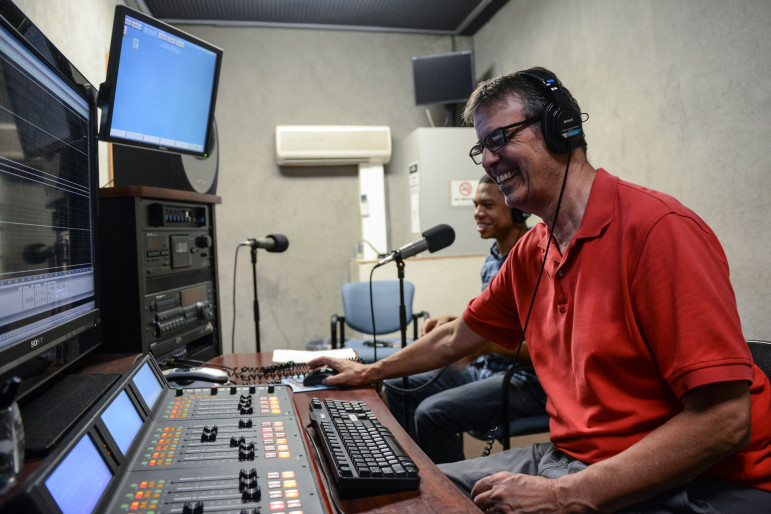 Host Richard Winham and student host Kinnawa Kaitibi work on Kaitibi’s The Thursday Encounter, a show on WUTC. The radio station’s future is under consideration at its parent university. (Photo: Chuck Cantrell)

A shift in spending priorities is prompting the University of Tennessee at Chattanooga to consider how to reduce subsidies to its public radio station, and working with a local public TV station may be an option.

The university is examining how to shift $5.8 million in spending to more pressing priorities. Meanwhile, its public radio station, WUTC, has had to dip into university reserves to stay afloat for the past several years. UTC is projected to spend close to $500,000 in 2016 on the station, whose overall budget is around $1.4 million.

Spending on staff and programming has grown, and the university has started leaving vacated positions unfilled, said Chuck Cantrell, assistant vice chancellor of communication and marketing at UTC. The station manager and main underwriting officer are retiring, and the university is examining how to restructure those positions. Two reporting positions also remain unfilled.

“Revenue sources haven’t grown as fast as expenses,” Cantrell said. “We’ve been working to tighten our belt, but it takes people to operate a station.”

Seeking a long-term solution, UTC has examined the possibility of some sort of relationship with WTCI, an independent public TV station. An arrangement could allow the stations to undertake joint fundraising and share content and resources, Cantrell said. A partnership might also mean moving WUTC off-campus.

“We work with [WTCI] now, we talk about their programming and they talk about ours, so we already have a good relationship,” Cantrell said. “The idea of a combined facility where we might actually commingle some of our finances is just a new idea.”

“The concept is something we’ve talked about for quite a while, and people really like it,” Cantrell added. “The problem is when we look at financing it.” Even if WUTC and WTCI were to work together, the station would still need a new business model to become sustainable, according to Cantrell.

Talks of a merger are premature, said Paul Grove, g.m. of WTCI. Grove previously told the Chattanooga Times Free Press that WTCI does not have the money to subsidize WUTC. According to federal tax filings, the station ran a small deficit of $112,503 in fiscal year 2013.

However, Grove also said that WTCI is “looking forward to exploring opportunities that this may present.”

UTC has formed a task force to examine the possibility of working with WTCI and the form it would take but also to evaluate other options. Other possibilities for the university include increasing revenue by raising underwriting prices or getting communication department students more involved in the station “so the level of university investment is better justified,” said Cantrell.

The station is a vital resource for students and the community, and the university would try to maintain its involvement even under an agreement with WTCI, Cantrell said. WUTC is the only NPR member station based in Chattanooga and plays a wide assortment of music, including some programs run by students.

“There’s no other station in Chattanooga that really embraces [our] varied spectrum of music,” Cantrell said. “We serve a niche audience that isn’t being served in any other way.”

The task force plans to present recommendations by the end of the year, allowing the university to start implementing a plan early next year.

A merger between the stations would be “an exception to the rule right now,” said Craig Beeby, executive director of University Station Alliance, which provides resources for public media stations owned by universities. A recent USA poll found that only about 4 percent of radio stations surveyed were considering merging with a public TV station.

For a merger to succeed, both parties need to be financially sustainable on their own, Beeby said. “When you’re doing a merger, both entities need to benefit,” he said. “To take over the financial burdens of another entity, you need to have a business plan in place to show this is a viable option for both.”