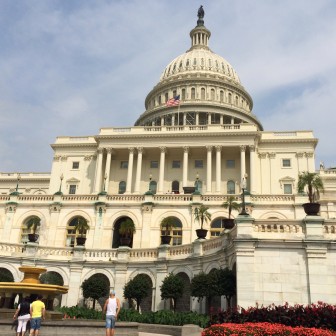 The House of Representatives Appropriations Committee approved Wednesday $445 million in funding for CPB, but the bill lacks earmarked funding for PBS’s Ready to Learn project, as well as a proposed $40 million for the network’s planned V6 Interconnection project.

The Ready to Learn funding is included in a Senate bill that was approved Tuesday by the Senate Labor, Health and Human Services, Education, and Related Agencies Subcommittee. But the Senate subcommittee also declined to include funding for the interconnection project.

Butler said he was optimistic that the final budget would include the Ready to Learn funding approved by the Senate. But getting the V6 Interconnection funding under current economic conditions could be more difficult.

“This is new money we’re requesting, and finding any new money under these budget constraints is going to be challenging,” Butler said.

Planning for the Public Television Interconnect System Version 6 started in 2012. The system would consist of a closed, high-speed, fiber-optic system connecting all PBS stations, replacing one-way satellite transmissions with a two-way network.

The House Appropriations Committee is expected to vote Thursday on the subcommittee’s recommendation. Both bills will then go to their respective full floors for a vote, and a conference committee representing both the House and Senate will work up a draft of the bill for a final vote.