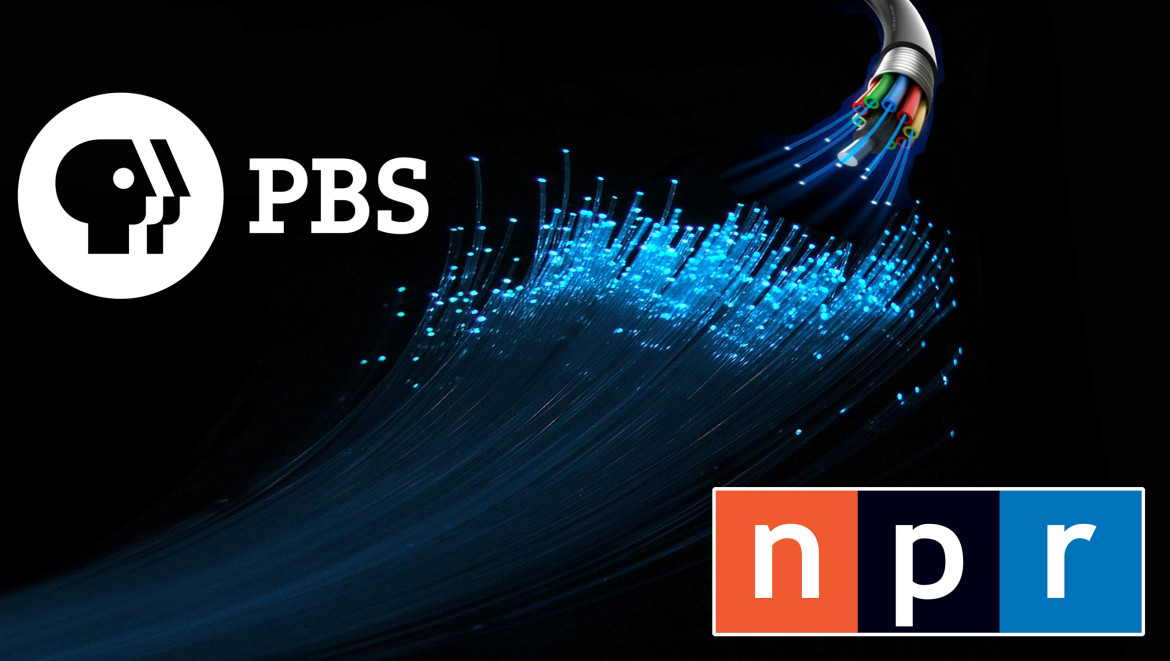 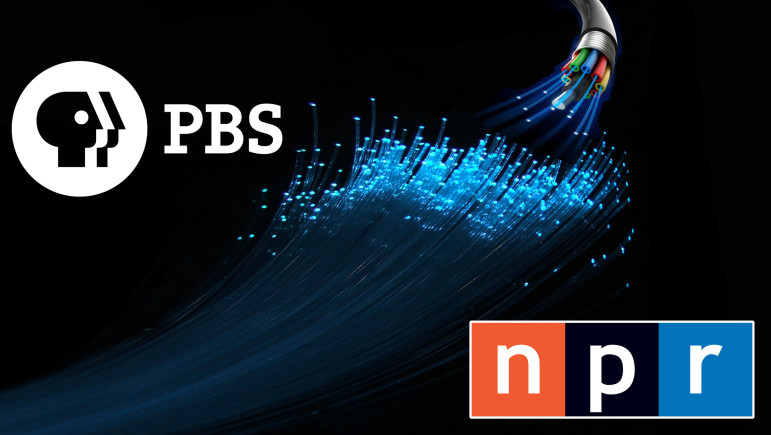 Almost 40 years after making TV history by launching a pioneering satellite interconnection system, PBS is moving ahead with plans to return most of its distribution to ground level via a new fiber-based system that promises more versatility and a new level of cooperation with the Public Radio Satellite System.

The grant that PBS obtained about 10 years ago for operating its current interconnection system expires in September 2016, according to chief technology officer Mario Vecchi. That deadline means more than just the end of the current leases for expensive satellite bandwidth to transmit public TV content to more than 300 member stations nationwide.

“It involves renewal of maintenance and operational contracts with a number of vendors,” Vecchi said. “It involves refresh of end-of-life components and equipment.”

As Vecchi and his PBS team are explaining at venues such as last month’s PBS TechCon in Las Vegas and the PBS Annual Meeting in Austin, Texas, which starts Monday, the transition provides an opportunity to move from one-way transmission over satellite to the increasingly affordable high-speed fiber-optic networks that now crisscross much of the nation.

“We are taking advantage of the fact that roughly every 10 years in the history of PBS, we have had a redesign or reengineering of the interconnection,” Vecchi said. “So what we’re taking advantage of is a technology trend which makes broadband IP [Internet Protocol] networks, fiber-based, much more capable. The bandwidth has gone way up, and the prices have gone way down.”

Those changes, Vecchi said, allowed PBS to consider options such as fiber-based broadband that were impractical or unaffordable the last time the interconnection system was redesigned.

Building for the next generation

Development of the next interconnection system, known as Public Television Interconnect System – Version 6, or PTISv6, began in 2012 with initial financial and technical feasibility studies. In 2013, PBS issued a request for proposals from vendors to provide the system’s fiber backbone.

Just as PBS has always leased satellite transponder space from commercial satellite vendors, it will contract with at least three Tier 1 providers, the big commercial data services such as AT&T and Verizon that will operate the fiber-optic backbone supplying a 100 megabit-per-second data pipe to almost every PBS member station in the country.

The v6 network will use multiprotocol label switching (MPLS), a technique that allows for consistent delivery of critical traffic such as live HD video streams, even as the network pulls in non–real-time video files and data. 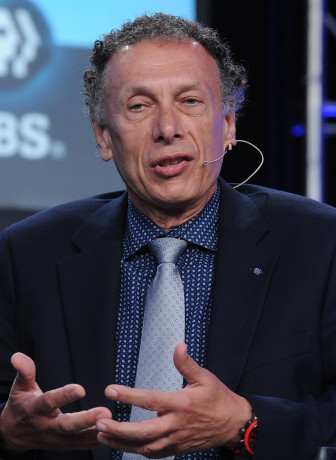 Since Vecchi joined PBS, in January 2014, he’s been overseeing a growing series of proof-of-concept (POC) tests of the system. The first phase of testing in 2014 involved only a handful of stations. “We really wanted to get our feet wet with delivering content over IP and configuring MPLS to make sure it worked,” Vecchi said.

The initial POC test, which put the v6 system live to air at Vermont PBS, WQED in Pittsburgh and WHRO in Norfolk, Va., is being followed with a much more extensive test that has included detailed demonstrations at TechCon and the upcoming PBS Annual Meeting in Austin, Texas.

“We wanted to kick the tires of three of the major Tier 1 vendors in the country and see how well they performed under our criteria,” Vecchi said. “We’ve spent the first six or seven months of this POC working through the nuts and bolts of creating the interconnection network — connecting all the pipes, if you will. We’ve begun already to open up the testing of all of the systems — content management, distribution, traffic — that we need to put on top of those pipes to make the interconnection system a working solution.”

Eighteen locations are taking part in the latest phase of testing. “We have some large ones, some little ones, we have some state networks, some university stations and so on, in order to get a good sampling of what are the different issues, needs and preferences of our system,” Vecchi said. “As part of our mission at PBS, we support the public media system universally. For us, there is no small station, no remote station. We have to reach them all and support them all, so we have to understand what are the engineering and cost issues of providing service to all the stations we have to support.”

That includes the growing trend toward the use of joint master controls (JMCs), which already tap fiber networks to allow individual member stations to consolidate technical operations at one of several centers being built around the country. The v6 POC testing includes the two existing JMCs in Syracuse, N.Y., and Jacksonville, Fla., as well as two large-market stations served by those JMCs, New York’s WNET and Chicago’s WTTW.

Cooperation between radio and TV

Another entity tied into the POC testing — and ultimately into v6 itself — will be the Public Radio Satellite System, which has long functioned independently of public TV’s distribution network.

“The only time that we’ve ever really collaborated with PBS in the past was in the late 1970s, when we were building the first analog satellite system,” said Bruce Wahl, senior solutions architect at NPR’s distribution division.

After a brief period during which NPR sent audio by microwave from its studios to PBS’s satellite uplink, NPR licensed its own uplink and never looked back — until Chief Technology Officer Marty Garrison met with Vecchi in early 2014 to discuss possible collaboration.

Those talks soon led to Wahl embedding into the PBS team developing v6 and charged with exploring integration of some of PRSS’s distribution into the new system. For more than a year, he’s spent part of every week at PBS headquarters, serving on committees alongside PBS employees and representatives of member stations.

Wahl’s work has been focused on distribution to the more than 70 PRSS client stations that are joint licensees. Since the v6 fiber system will already be serving their facilities, sending PRSS’s relatively low-bandwidth audio content through that pipe was a natural possibility to explore. Of the 100 mbps or more that v6 will deliver to stations, PRSS content would take less than 10 mbps, Wahl said. That’s potentially inexpensive, but NPR has bigger interests at play, too.

“This is not being driven strictly by cost savings,” Wahl said. “V6 has a big advantage in that it’s bidirectional; it can be driven from any point. If someone in PRSS today wants to deliver something via ContentDepot live stream, they have to get it to us in Washington and then we upload it and it goes anywhere.” Just as with the TV side of the system, v6 would allow PRSS clients to originate from any location connected to the fiber.

“The flexibility is dramatically more than it is in the satellite delivery system,” Wahl said.

NPR faces less deadline pressure than PBS. “Our [CPB] funding cycle is two years behind theirs,” Wahl said. But PRSS is moving ahead quickly with testing.

NPR headquarters in Washington, D.C., is one of the 18 sites in the current v6 POC testing, and Wahl demonstrated a working v6 fiber feed into ContentDepot at PBS TechCon in April.

“It worked seamlessly. We could easily listen to [live feeds of] Classical 24 and NPR News right at TechCon,” Wahl said.

If all goes well, Wahl hopes to launch fiber feeds to joint licensees as soon as v6 is operational. Over the longer term, though, satellites will remain an important part of PRSS’s future. With many more stations to reach, some in remote areas, Wahl said he expects satellite delivery to continue in some form for a decade or longer.

Even PBS will retain at least a limited satellite footprint for redundancy. According to Vecchi, a handful of member stations are in locations that can’t currently be served by fiber and will instead get more limited-bandwidth connections over slower data circuits.

As PBS nears the September 2016 end-of-life for its v5 interconnection system, Vecchi said his goal is to maintain a steady pace of transition to v6.

“It’s much more important to do it right than against a time schedule,” he said. “We have already put all the contingencies in place to make sure we get it right, as opposed to having to rush. The v6 rollout is not going to be, you go to bed one night and the next morning everyone’s running on a different system.”

That will require PBS to work closely with member stations to gradually add more test locations over the next year, as well as refine tools such as traffic management and automation systems that stations will use for the new interconnection.

“By the time the v5 system expires, we will start moving into production [on v6] while keeping the rest of the system operating on v5 for a transition period of about a year,” Vecchi said.

Vecchi and other PBS officials must also keep a close eye on Congress, which has not yet approved the funding to pay for v6 in the next CPB budget cycle. CPB has requested a $40 million appropriation for the interconnection system for fiscal year 2016, followed by $50 million, $55 million and $52 million in subsequent fiscal years.

“I wish we had it all buttoned up,” Vecchi said. “There is clearly some uncertainty about the funding going forward.” However, the project won approval from the Office of Management and Budget, and was included in President Obama’s full budget proposal.

Assuming v6 gets a green light for funding, Vecchi said it will offer plenty of room for growth. Its two-way capabilities will allow the v6 bandwidth to be used for more than just the HD video now distributed by satellite.

Stations linked by the v6 interconnect will be able to use the pipeline for cloud services that might be provided by PBS itself, individual stations or outside providers. That could include captioning services and connections to additional joint master control operations.

On the video end, v6 demonstrations at TechCon included tests of live and pre-produced 4K ultra–high-definition content, some fed compressed from live sites in San Francisco and New York, and some uncompressed from a test site at George Washington University.

The goal, Vecchi said, is to be ready for whatever is coming in the next decade.

“We know the media landscape is changing, and we really need to take these opportunities to provide stations, and the system as a whole, the right architecture to support the business of the future,” he said.