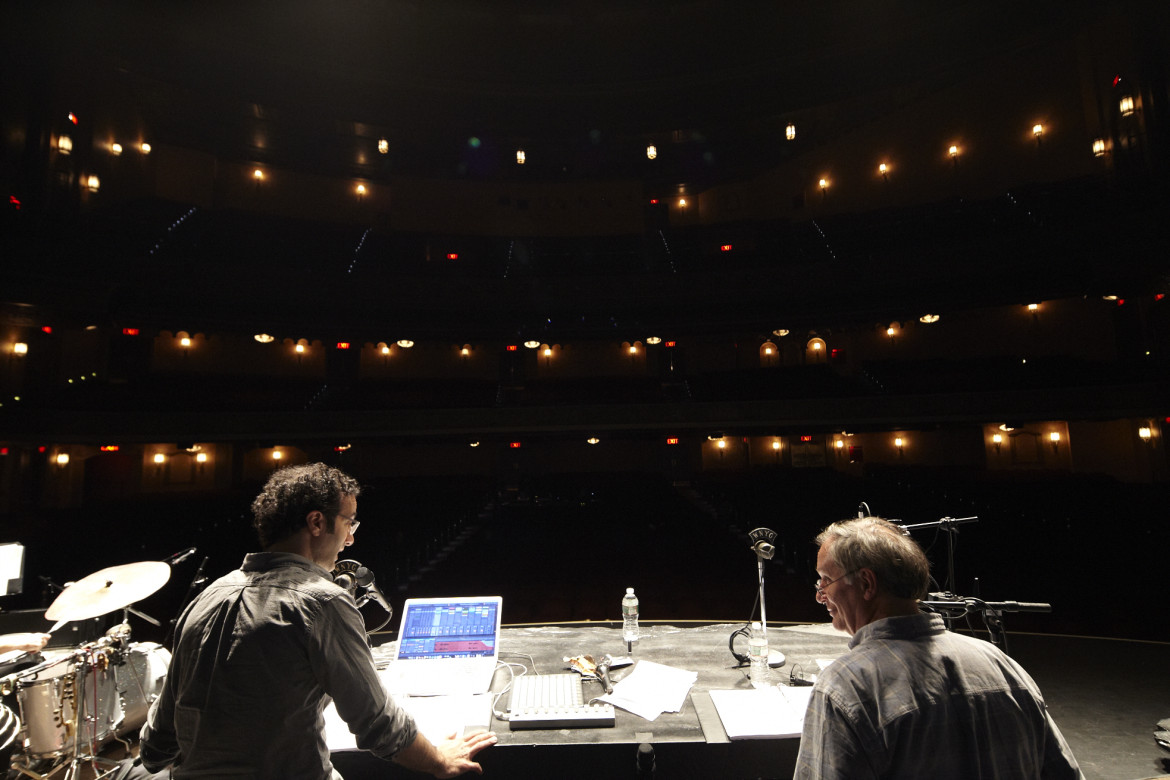 Host of Radiolab, Jab Abumrad (left) and Robert Krulwich, during a live performace of the show. (Photo: WNYC)

The hosts of Radiolab, Jad Abumrad, left, and Robert Krulwich, during a live performance of the show. (Photo: Matthew Septimus/WNYC)

Part of the appeal of self-distribution is being able to control all aspects of WNYC’s national productions, said Tom Hjelm, executive vice president and chief digital officer at WNYC. It puts the station in a better position to continue to grow its talent pool and develop partnerships, as it did recently with the New Yorker show.

“It’s part of what makes a modern media company,” he said.

As a distributor, WNYC will not charge affiliate fees to stations that carry its programs. Carriage fees for Radiolab and On the Media will be flat and the New Yorker show will be offered for broadcasts for free.

Over 525 stations currently broadcast Radiolab, while On the Media is on over 400, said Hjelm.

“The disruption will be minimal,” said Hjelm. “There will be no financial impact for stations.”

Program distribution has traditionally been a complex process for producers, Hjelm said, but that is changing. Today, “the mechanics of distribution are a bit more streamlined and accessible,” he said.

WNYC will be in a unique situation as both a station and a distributor. Hjelm believes that having that dual perspective will be helpful as its staff markets programs to stations and programmers over the next few months.

“We have a special sensitivity to the needs of programmers,” he said. “We think we can provide special value to our customers.”

The station now has a distribution team that is focused solely on outreach to stations. It will be active at the upcoming Public Media Development and Marketing Conference in Washington, D.C., and will conduct a survey to understand the needs of stations and what value WNYC might be able to provide them. So far, he said, the response of stations to the news has been “positive.”

“We’re very focused on the station perspective,” Hjelm said. “This is a two-way dialogue.”

Hjelm emphasized that WNYC has had a strong relationship with NPR. “We have been satisfied customers,” he said. Hjelm said that WNYC is in discussions with NPR on other ways to collaborate in the future. But he declined to elaborate.

In a statement, NPR said, “We’re proud to have been collaborators on the evolution of both programs, and wish WNYC continued success.”

One year ago, producers of This American Life decided to self-distribute the show, ending a long-term relationship with Public Radio International. According to Hjelm, WNYC had been considering moving to self-distribution before the TAL announcement. But he did say that TAL’s decision helped validate thinking within WNYC on self-distribution.

WNYC’s other major national programs — The Takeaway and Studio 360 — are co-productions with PRI and, in the case of The Takeaway, other partners.