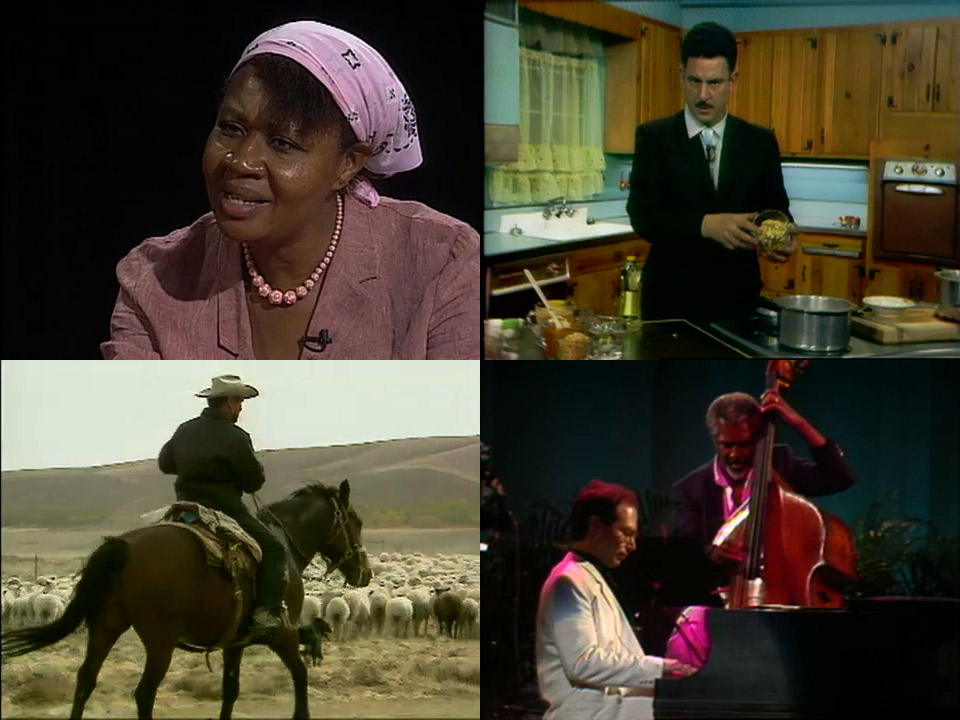 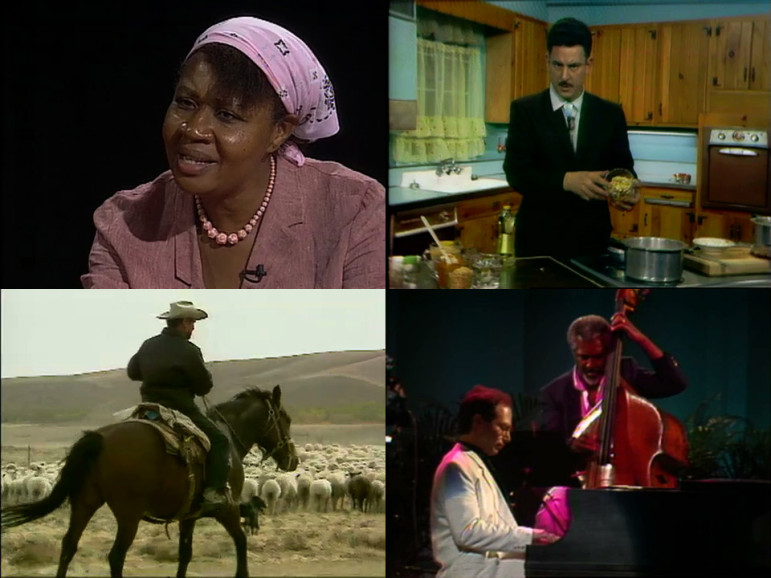 Public television videos in the American Archive include, clockwise, an interview with Jamaica Kincaid; a Rocky Mountain PBS cooking show; a jazz festival from WJCT in Jacksonville, Fla.; and a Wyoming PBS special about Mexican immigrants in Wyoming. (Photos: American Archive)

After seven years of development, an online archive of 2.5 million records of public radio and TV broadcasts has launched.

Visitors to the American Archive of Public Broadcasting website, which went live April 7, can now view only information about the broadcasts until the site adds streaming in October. But the launch marks an important milestone for the Archive, a CPB-backed project delayed by federal funding cuts.

So far, a team at WGBH in Boston has digitized and preserved 68,000 artifacts out of the 2.5 million stored at the station and at the Library of Congress, which co-directs the Archive along with the station. The collection includes records from 120 stations, including musical performances and interviews with Eleanor Roosevelt, Martin Luther King Jr. and Ronald Reagan before he was president.

By October, 25 percent of the digitized content will be available to stream. The Archive lacks rights to stream many recordings, but the staff hopes to be able to offer news, public affairs and other local content. Contributing stations will have to grant licenses for streaming of their archival material, according to Casey Davis, project manager, or streaming may be permissible under fair use standards or other legislation.

CPB initiated the Archive in 2008 with a $3 million grant, aiming to save deteriorating audio and video records. A cut in federal funding dried up CPB’s money for digital projects, and the corporation shelved the Archive’s development in 2012.

A year later, CPB transferred stewardship of the Archive to WGBH and the Library of Congress, giving the partners a $1.1 million grant to bring the project online within two years. The library manages the Archive’s assets, while WGBH handles tech support and public access to the collection.

The Library of Congress may request an extension on the CPB grant until March 2016, although a decision on this is pending, according to Davis. The library already has until that time to spend grant funds on archiving material.

Two other recent grants are supporting the Archive’s expansion. The Council on Library and Information Resources grant contributed $458,619 to create a catalogue of program material from National Educational Television, predecessor of PBS. Another grant for $450,000 from the Institute of Museum and Library Services will allow the Archive to expand staff to assist stations with digitizing and archiving their content.

The Archive plans to seek grants for specific projects to fund its next phases, according to Davis.

Correction: This article has been revised to clarify details about plans to offer streaming access to archival news and public affairs programs and about the possibility of a CPB grant extension. In addition, details about the CLIR grant, which does not support digitization of NET programs, and a plan to charge stations for digitization, were erroneously reported.