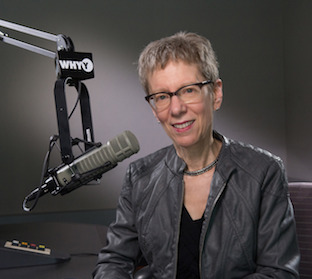 WHYY in Philadelphia has received a two-year, $254,769 grant from the Council on Library and Information Resources to support archiving of the entire 38-year run of Fresh Air with Terry Gross.

WHYY has already completed the difficult, two-and-a-half year process of converting all of their deteriorating audio tapes into digital. Now the station, with the help of archival consultants from Drexel University in Philadelphia, will use the grant to complete the searchable archive that will be free and open to public use.

Around 8,000 Fresh Air programs will be available via the library content network Worldcat.org when the archive is complete. WHYY says it plans to complete the project by 2016.

So far, Bill Marrazzo, president and c.e.o. of WHYY, says the station has spent “north of $500,000” on the project, which it has covered with grants.

Marrazzo sees the archival project as a good use of resources because it provides historical insights into influential people.

“With that kind of rich history, when you start to pick your way through the archive . . . you have content in there that represents . . . basically the thought leaders of the 20th century,” Marrazzo told Current.

WHYY is creating the archive for educational, not commercial, purposes, Marrazzo said. The station regularly gets requests for old broadcasts of the show. In one instance, a teacher in Taiwan wanted to use the shows to provide a nuanced understanding of the U.S. culture to her students learning English. Professors, scholars, journalists and exhibit managers at museums could all benefit from the archive, Marrazzo said.

While Fresh Air has been on the air for 38 years, the podcast version of the show continues to grow, according to Marrazzo. Two years ago, it was downloaded roughly 1.25 million times a week. It’s now up to 3.6 million weekly downloads.