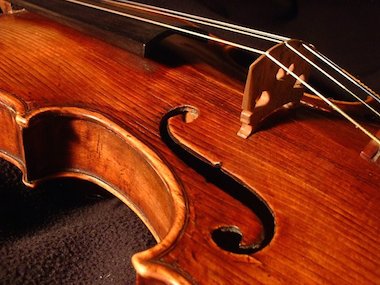 A pair of studies presented at last month’s Public Radio Programmers Conference in Portland, Ore., highlighted the significant potential for classical radio to expand its audience.

Of the 1,000 or so respondents, 16 percent “expressed some proclivity for the consumption of classical music,” according to the study. Joseph Eskola, director of audience research for American Public Media, added that the study also showed that of those who liked classical music, a quarter weren’t aware of their local classical stations. Only 20 percent of people who said they liked classical music were listening to it on public radio stations.

“These are our people, and only 20 percent are listening,” Eskola said.

Altogether, he said, the findings suggest that stations should reach out to an untapped pool of potential listeners. “There is absolutely upside here,” he told attendees. “There is room for some growth here compared to what we seem to be getting on the FM dial right now.”

Stations need to prioritize getting the word out, Eskola said. Research showed that if the classical format is underperforming, it’s due not to people not liking the music or the presentation but to a lack of knowledge of the stations they could be listening to.

“Classical radio should direct as much of its resources as possible towards the funding of external advertising,” Eskola said. “Simply not enough people know about it, and that’s a shame.”

The discussion followed up on talks at the 2013 PRPD conference, where classical programmers agreed to take a holistic look at their format and find ways to grow audience. One tactic they identified was to carry out studies and get a better handle on the challenges they face and opportunities to pursue.

The number of public classical stations has increased in recent years, largely due to conversions of previously commercial classical stations to noncommercial operations, such as KING-FM in Seattle. Stations that air both news and classical have increasingly moved the formats to separate frequencies.

At a second session, Edison Research President Larry Rosin presented results from Edison’s Share of Ear report, conducted in May, that illustrated the demand for audio content. The report surveyed listening habits of 2,096 respondents over the age of 13 across multiple platforms including over-the-air, streaming and satellite radio.

Edison Research also added a question about classical music listening to its 22nd annual Infinite Dial study for the first time this year. Respondents were asked in a telephone survey if they had listened to more than an hour of classical music in the past month. Thirty percent responded yes.

“I think you guys undersell yourselves on some levels,” he told attendees. “This shows just how big you can be.”

Public radio stations should collaborate on an app for discovering classical music to take on services like Pandora, Rosin said. With the experience and expertise of those in the system, classical programmers should be able to create an app with greater appeal for classical fans than Pandora and Spotify, which Rosin said listeners use mainly because of a lack of alternatives.

“There is a bigger audience out there than you know,” Rosin said. “And the force of you all together is greater than the sum of your parts.”

Read more about the Coleman study at Scanning the Dial, a blog by Joe Goetz, music director at classical station WFIU in Bloomington, Ind.