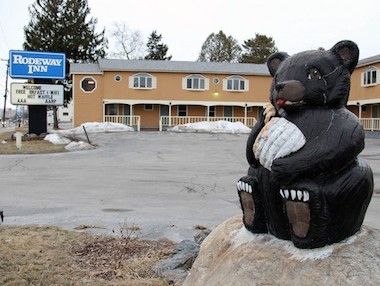 Reporters at Vermont Public Radio are covering the impact of drug addiction in the state by asking listeners and other Vermonters to open up about their own encounters with addiction.

The project, titled Traces, grew out of a reporting project between VPR web producer Angela Evancie and reporter Taylor Dobbs. From November to February, the team visited small towns in southern Vermont to report on the intersection of drug possession and gun ownership in the state. Vermont has both lax gun laws and a high rate of addiction to opiates, meth and other substances, fostering an illicit market in which people trade guns for drugs, Evancie said.

“We found ourselves going to a lot of motel parking lots and gun stores around town and taking pictures and videos of these empty spaces,” she said. “We knew that things had happened there and we knew that, for certain people in town, these places had probably surfaced memories.”

Evancie and Dobbs had envisioned the story at first as a straightforward investigation. But after attending an NPR Digital Services news-training seminar, they sought to develop an interactive component that would help to engage the audience with the report.

Inspired by audience-driven projects such as WBEZ’s Curious City, VPR developer Matt Parrilla built a website to gather and share stories of addiction and recovery, focused on objects and places that conjure memories. The Traces website encourages visitors to share stories by either emailing a photo with an explanation of its subject or calling a VPR number and leaving a voicemail.

Apart from occasional over-the-air promotion, little publicity accompanied the soft launch of Traces in the spring. The journalists also distributed flyers announcing the project through the Vermont Recovery Network, a statewide system of recovery houses. So far, the journalists have received eight stories — not “the flood” they were hoping for, Evancie said. “It’s been more of a slow trickle.”

But the fact that eight people “had the courage to do this for a statewide news source — for a project that anyone in the world can access — is pretty amazing,” Evancie said.

The Traces website features all but two of the stories submitted. Editors rejected one story because they decided that it defamed an individual.  Another was published but then taken down at the request of its author.

Only one account came in via voicemail. Evancie speculated that people are more willing to submit stories in writing rather than as audio because writing allows “a feeling of a little more control. Obviously this is a very heavy subject. It’s not, ‘Tweet us what you like about your town.’”

In one submission, a mother reflected on a bench in a public park that she helped establish in memory of her son, who became hooked on prescription pills after a surgery and eventually died from his addiction.

“In my mind’s eye as I walk in Oakledge Park, I see him with his arm around me, flopped over my shoulder with such affection,” Margery Keasler wrote.

The station plans to further promote Traces with an upcoming on-air report about addiction in Vermont and a community event focusing on the issue, and the journalists will adjust the submission process as they continue reporting. VPR views Traces as a work in progress that can change based on audience response.

“It’s not just presenting them a finished project,” Evancie said. “It’s saying, ‘OK, here’s the idea, what do you think?’”