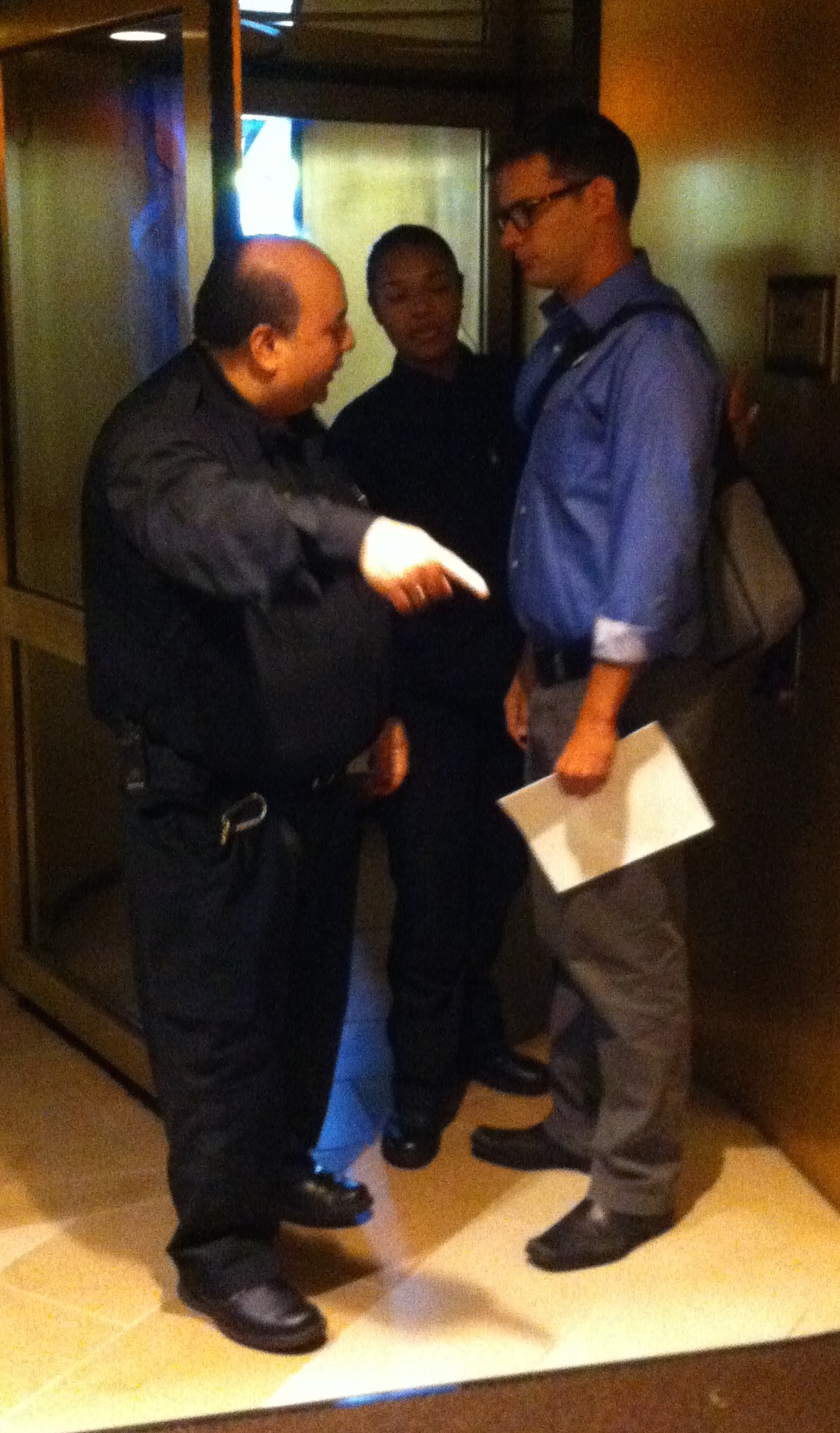 SAN FRANCISCO — A protester affiliated with Forecast the Facts, an organization calling for action on climate change, took to the stage immediately after a breakfast session opening the PBS Annual Meeting here, urging pubcasters to support the organization’s campaign to oust billionaire David Koch from the board of Boston’s WGBH.

A panel discussion about the American Experience film “The Last Days in Vietnam” had just concluded when Forecast the Facts Campaign Director Brant Olson stepped to the microphone and yelled to the crowd that he was representing the organization. Forecast the Facts is protesting Koch’s board membership due to the conservative philanthropist’s support of organizations that deny climate change.

The microphone was quickly cut off, and Olson waved a small sign bearing the groups’ logo before leaving the stage.

He left the meeting room with a PBS staffer close behind and told Current he was leaving the building. Hotel security stopped him as he approached the doors. PBS staff asked Current to stop photographing as Olson was put against a wall and handcuffed. Security led him out of the hotel.

In an email to Current, Olson said he was arrested, cited for trespass and released by the San Francisco Police Department.“WGBH, it appears, would rather have its critics arrested than defend DavidKoch’s misinformation campaign on climate change,” Olson wrote.

“The incident that took place at this morning’s session was extremely unfortunate,” PBS said in a statement. “It is our understanding that it is being handled by the hotel in accordance with their standard policy and procedures.”

4 thoughts on “Koch protester takes stage at PBS meeting, gets handcuffed and shown out”