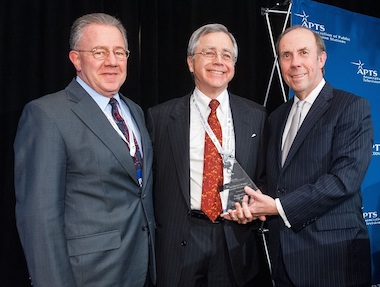 ProPublica received three awards in the digital arena. ProPublica’s Jesse Eisinger won for digital commentary for “The Trade,” which addressed the banking and financial industries; T. Christian Miller and Jeff Gerth were cited in the digital explanatory division for “Overdose,” a series investigating the dangers of acetaminophen; and A.C. Thompson and Jonathan Jones won for the digital feature “Assisted Living.”

The digital investigative prize went to Chris Hamby of The Center for Public Integrity for “Breathless and Burdened: Dying from Black Lung, Buried by Law and Medicine.” (“Breathless and Burdened” also won the Goldsmith Prize for Investigative Reporting presented by the Joan Shorenstein Center on the Press, Politics and Public Policy at Harvard University’s Kennedy School of Government for CPI’s Hamby, Ronnie Greene, Jim Morris and Chris Zubak-Skees plus Matthew Mosk, Brian Ross and Rhonda Schwartz of ABC News; it was presented March 5 in Boston.)

The 19th annual BiB awards will be presented March 29 at the SABEW conference in Phoenix.

Pubcasters capture a bevy of awards for broadcast excellence.

WGVU-FM, a dual licensee of Grand Valley State University in Kalamazoo, won four Group 1 awards: feature/use of medium for Listen to Your Body, marketing materials and promos for “This Is WGVU-FM,” membership appeal for “The Year-End Gift Movie Trailer” and special interest/cultural programming for And a Happy New Year. And WEMU, the Eastern Michigan University station in Ypsilanti, won best newscast for “EMU Football Player Death/Halftime Report.”

Michigan Public Radio, the University of Michigan network based in Ann Arbor, won five awards in Group 2, pubradio stations with budgets over $2 million. Along with being named station of the year, MPR won in the community-involvement category for “State of Opportunity,” feature/use of medium for “Kalamazoo Group Honors WWII Veterans,” marketing materials and promos for “The Things That Matter,” mini-documentary/series for Detroit Deals with Bankruptcy and news special/public affairs program for Unequal by Law.

And WKAR-TV, the Michigan State University station in East Lansing, was named station of the year and won for best news/public affairs special for Episode 4245 of Off the Record.

The winners received their awards at a ceremony March 12 in Lansing.

Dorothy Pacella, executive director of the Friends of Thirteen Inc., was presented with a 2014 National Advocacy Award from the Association of Public Television Stations for her work in furthering pubTV’s legislative goals and marshaling grassroots support for public broadcasting. “Every year, Dorothy recruits and leads a team of local advocates who meet with the New York congressional delegation, effectively telling the story of public broadcasting’s mission and dedication to education,” said Pat Butler, APTS president.

Edmund Driggs, former chair of WTVI PBS in Charlotte, N.C., and a current member of the Charlotte City Council, received the David J. Brugger Lay Leadership Award for his outstanding work as an advocate for public television in his community and on the national scene. “As chair of the APTS Spectrum Opportunities Task Force, Ed spent countless hours mastering the details of the FCC’s forthcoming spectrum auctions, talking with technologists, financiers and regulators about the implications of the auctions and the proper valuation of spectrum, and helping us prepare a spectrum handbook for our member stations that has proven immensely useful in informing their decisions about whether and how to participate in the auction process,” said Butler.

The awards were presented at the APTS Public Media Summit Feb. 23-25 in Washington, D.C.

“We are incredibly proud of our donors, trustees and staff who are committed to fulfilling the Endowment’s mission of supporting ETV and ETV Radio’s exceptional programming,” said Coby Hennecy, executive director of the ETV Endowment. “Since our founding in 1977, we have been focused on our mission and have worked diligently to be good stewards of our donors’ contributions. This award honors the hard work of aligning our governance and management practices with the principles we passionately support, and it is truly gratifying.”