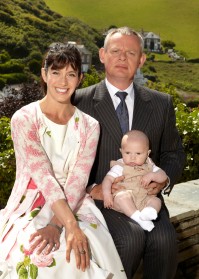 Through science you can predict when water will boil or the effect of gravity on a falling object; but in television, trying to forecast when a particular program will become a hit with viewers is impossible, as the commercial networks learn anew every year.

To break through on public television, a program must first traverse a maze of obstacles just to reach air. Fundraising and commissioning decisions, co-production and licensing deals, marketing strategies and fundraising tactics — some combination of these are required to bring shows into the PBS schedule or into syndication on local public TV stations from San Francisco to Chicago and Bangor, Maine.

This case study focuses on what it took to create a hit with Doc Martin, the most popular syndicated program airing on public TV stations.

Acquiring rights to series such as Doc Martin — as well as how-to shows, Britcoms and movie packages — allows local stations to broaden the variety of programs in their schedules and demonstrate added value to their communities. In general, syndication is the most cost-effective way for local stations to achieve this in terms of the dollars they spend per program hour to attract viewers and build loyalty.

Creating a hit from a syndicated program, however, requires not only skill and savvy of the program syndicators and distributors who go after titles and negotiate for broadcast rights; they also have to navigate the public TV system to get the shows on-air. In marketing a series to local program directors, rights-holders and distributors have to consider that each programmer has a strong sense of what works in their community and specific objectives to meet when investing dollars from a limited acquisition budget.

Consider, for example, our hit series Doc Martin, a quirky British drama steeped in comedic overtones. The title character, played by Martin Clunes, is a bachelor and brilliant surgeon who develops haemophobia, a fear of blood that impairs him from doing his job. He moves from London to a small Cornish village to run the town’s only medical practice (“surgery” in British parlance). Yet he lacks social skills and his curt, abrasive manners don’t help him win over patients.

The humor in the show can be lost on viewers, at least until they figure out Doc Martin is not your usual kind of doctor show. Why it’s funny is even more complicated. Why it’s a hit for local public television stations, and how it came to be so, is a convoluted yet reaffirming study in collaboration among program distributors and station programmers.

Our case study starts with Acorn Media, the international home video distributor and producer that specializes in acquiring rights to deliver British programs to American viewers. It holds all U.S. broadcast, home video and digital rights to Doc Martin’s sixth series, as well as many other British series found on public television. RLJ Entertainment acquired the company in 2012, but Acorn has been in business 30 years, licensing its programs to public and commercial TV outlets and marketing home video products and other merchandise to consumers in North America, the United Kingdom and Australia.  It also operates a subscription-based video streaming service, Acorn TV.

While some of Acorn’s programs have appeared on commercial TV in the past, most of its current offerings air exclusively on public stations. Broadcasts are integral to Acorn’s marketing strategy: Once viewers discover a series on TV, they’re much more likely to become interested in purchasing the DVDs.

For the many companies that produce programs or license telecasting rights, attempting to syndicate shows to the roughly 100 stations with acquisition budgets isn’t a viable option: The marketing and sales effort would start with at least 100 telephone calls. Most opt to work with distributors that specialize in selling rights to local stations. American Public Television, another key player in our case study, is the largest of these.

APT’s programmers first identified Doc Martin as a series worthy of public television’s air in 2007. But to successfully secure it, APT had to ensure that a sufficient number of stations were willing to aggregate enough money to meet license fees charged by the supplier, in this case the U.K.-based Digital Rights Group.

For a variety of reasons, many series that are worthy of public television airtime can’t get past this hurdle. Another complicating factor for Doc Martin and other British programs is that producers of continuing series typically deliver only six to eight new programs annually.

We weren’t kidding when we  described this process as a maze, were we?

On any given day, the whole thing can crash and burn. APT faced the first hurdle by convincing a small group of station programmers to “buy” the program; each committed enough cash for APT to aggregate the money needed to pay the license fee and take the program to contract. During a slow process that took many months, 13 stations agreed to purchase the first season of Doc Martin, a package of six programs that began broadcasting in fall 2007. Shortly thereafter, in spring 2008, they picked up the second series of eight programs.

Launching a new series into syndication with six programs in 13 markets is not atypical for public TV; but for all practical purposes, APT and Acorn had found their way through only the first level of the maze.

For a home video distributor such as Acorn, the locations of those 13 stations were very important. Carriage in New York, for example, gives the show a much larger potential audience than if it were broadcast across the Dakotas. In its first syndication deal for Doc Martin, APT had secured broadcasts to about 10 percent of U.S. television households.

The next challenge was to get viewers to tune in and keep watching. As the show built a loyal audience in each market, carriage would expand to more stations as word spread among station programmers, and more of them picked up the series.

But the process by which viewers find a program is arcane and mysterious. An even bigger puzzle is the mixture of entertainment values and water-cooler interest that converts viewers into fans.

As Scott Dwyer, director of programming at KQED in San Francisco acknowledged, his viewers took a long time find to Doc Martin and get hooked on the show’s characters and quirky writing.

Adding to this already complicated distribution strategy, the U.S. was going into a recession as Doc Martin marked its stateside debut. Pubcasters across the system began cutting their budgets and staffs as their revenues dropped. The task of expanding Doc Martin’s reach beyond the first 13 stations was slow going for APT.

Yet APT and Acorn were able to build momentum by crafting a unique sponsorship deal with Barnes & Noble. As part of a promotion of British television, Barnes & Noble worked with Acorn to create a limited sponsorship campaign aimed at stimulating interest in Doc Martin and other British series. In consultation with APT, they identified about 10 stations that weren’t airing Doc Martin — most located in cities with Barnes & Noble retail stores — and worked out sponsorship agreements that provided the wherewithal for them to acquire the show.

For a syndicated program to become a ‘hit’ on public TV, viewers have to discover it and watch often enough to catch fandom fever. With Doc Martin, expanding broadcast carriage among local stations spread the contagion, spurring retail sales of DVD units. Embiggen this chart. (Data courtesy Acorn Media)

Barnes & Noble’s sponsorship expanded the show’s coverage past 50 percent, and sales of Doc Martin DVDs began to climb. Acorn and Barnes & Noble could have opted to invest their promotional money in print or online advertising, but they gained wider and more consistent exposure by sponsoring broadcasts on local stations. Their underwriting spots ran across many months and reached more viewers than any paid ad could have delivered.

We drew a couple of key lessons from this distribution strategy:

For all its success in building audiences and boosting DVD sales, Doc Martin had to clear one final hurdle if it was to be recognized as a successful public TV show: generating viewer support at pledge time.

Since stations acquired Doc Martin for their local schedules, the onus was on them to figure out ways to fundraise around the show. But initially the only premiums available were DVDs, ubiquitous pledge incentives typically on the high end of a station’s premium ladder.

Even with the availability of DVDs, Acorn had to make price concessions if stations were to mount successful pledge events around the show. The distributor cut the wholesale price of DVDs offered as premiums, shipped boxes of DVDs to a fulfillment house and agreed to take back unsold DVDs. In addition, Acorn worked with stations to create lower-priced premiums.

This was complicated because the character rights associated with TV shows are also copyrighted: One needs permission to use a “character” in merchandising. It took the combined efforts of Acorn, APT and Forest Incentives to create a package, including a Doc Martin bobblehead, eventually offered as a mid-level premium.

As happened with the growth of station pickups, once stories of Doc Martin’s fundraising success began to circulate among station-based pledge producers, more stations began to pledge the show.

The key pitch point was in describing Doc Martin as a local acquisition. When the pledge pitcher tells viewers, “Your contribution to this station will help keep this programming on the air,” this is not the usual pledge-babble.

Viewers who love Masterpiece or Sesame Street yet don’t pledge to support them needn’t fear that the shows will disappear from their local station next week; but there’s a greater probability that Doc Martin will go off the air if enough local viewers don’t reach for their wallets.

Acorn recently deepened its relationship with stations in bringing more financial support to the program. It partnered with APT to produce the December 2013 pledge show Doc Martin: Revealed, promoting the debut of Season 6. Here again, stations had a unique opportunity to fundraise around a popular, regularly scheduled series, and it worked well for them.

According to TRAC Media’s analysis, local broadcasts of the Doc Martin: Revealed on 21 stations indexed 169 percent above the performance of the average pledge program. The show also generated more than $300,000 in viewer support for local stations.

The synergistic partnership between APT and Acorn was greater than the sum of its parts. It took patience for them to allow Doc Martin to percolate through the public TV system. It wasn’t until broadcasts reached into enough homes that the contagion of TV show fandom began to spread. With the growth in DVD sales, the fifth Doc Martin series became the most popular title of 2012 for Acorn and RLJ Entertainment. Last December, release of DVDs for the sixth series broke an all-time sales record for all Doc Martin DVD series titles to date in just 30 days from the release date.

Viewers started talking about the series with their friends; today they are using social media — Twitter hashtags and Facebook likes — to spread the buzz to even more potential viewers.

And now that producers have announced that Doc Martin will have a seventh season, we expect that stations will once again reap sizable benefits from the show’s popularity.

TRAC Media co-directors David and Judith LeRoy have advised public TV stations on strategies for building viewership and fundraising results since 1979. The views and opinions expressed here are their own, though information and background generously provided by Dan Hamby of Acorn Media/RLJ Entertainment and Eric Luskin and David Rubinsohn of APT helped to shape their conclusions.
This article was first published in Current, Feb. 10, 2014.
ShareTweet EmailPrint More