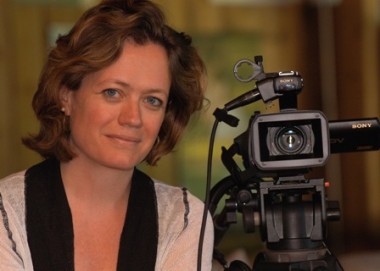 Cara Mertes will succeed Orlando Bagwell as head of the Ford Foundation’s JustFilms, a fund that backs social-justice documentaries.

Mertes will depart as director of the Sundance Institute Documentary Film Program and Fund, a job she held for six years, later this summer. She previously served as executive director of American Documentary Inc., a job that includes oversight of POV, one of PBS’s showcases for independent film. Under her leadership, from 1999 to 2006, POV won eight news and documentary Emmys, three George Foster Peabody awards and two duPont-Columbia Batons. In addition, three films she shepherded to PBS broadcast were nominated for Oscars: Street Fight; My Country, My Country; and The Betrayal: Nerakhoon. In 2006 she created and executive-produced POV’s award-winning original online project — Borders — a showcase for interactive storytelling. She will begin work at Ford in September.

Bagwell, who departs from Ford this month, is returning to filmmaking after more than eight years as a grantmaker. He joined Ford in 2004 as a program officer and initially led its five-year initiative, Global Perspectives in a Digital Age, Advancing Public Service Media. He also directed grantmaking for public media, media rights and access, arts and culture, and religious issues. In 2010 Bagwell established the foundation’s five-year, $50-million JustFilms project, which supports films on social justice topics.

Prior to joining Ford, Bagwell produced many acclaimed documentaries for PBS. He began his television career as a cameraman but later joined Blackside Inc. as a producer of Eyes on the Prize, the landmark series on the civil rights movement presented on PBS in 1987 and 1990. He later produced historical films on Frederick Douglass and Malcolm X, contributed to Frontline and Great Performances, and led production of Africans in America, the 1998 multipart series produced at WGBH in Boston.

Sundance and the Independent Television Service are partners with Ford in JustFilms.

She and APT Executive Director Allan Pizzato departed the state network last summer after clashing with members of the governing board over program and management decision-
making (Current, June 25, 2012).

As controllers, each will lead teams that provide accounting, financial reporting, annual audits and benefits administration for pubcasting stations and related organizations.

The NETA Business Center provides accounting and financial support services to 18 public television stations and 12 related organizations and projects from its headquarters in Columbia, S.C.

Among the staff now reporting to Hanamura is Gary Dauphin, who joins the executive team as v.p. of digital. He previously worked as digital director. Dauphin manages the creative, development and product teams in Los Angeles and San Francisco. His previous jobs in digital media have included founding and editing AOL Black Voices and managing Africana.com and BlackPlanet.com. He also worked with several nonprofits and media organizations, including NPR, on technical and strategic issues around digital content and community.

Juan Devis was also promoted to v.p. of arts and culture programming, moving up from his previous position as director of production and program development at KCET. Devis produced several web-based projects for the station, including Artbound, exploring the arts across southern and central California; Departures, highlighting Los Angeles’ diverse neighborhoods; and Live @ The Ford, showcasing multicultural music and dance performances through a co-production with the Los Angeles County Arts Commission. Devis reports to Mary Mazur, KCETLink c.o.o.

Ginny Berson will step down as v.p. of the National Federation of Community Broadcasters effective June 30. “I’m leaving because it’s time for me to leave,” she told Current. She has held the job for 15 years. “It’s not a bad thing to bring somebody else in with fresh energy and insights,” she said. Berson made the announcement May 30 during the 38th annual NFCB conference in San Francisco, which she was in charge of planning as the organization’s v.p. She joined NFCB after working as p.d. of Pacifica’s KPFA in Berkeley, Calif., for 11 years, a job that she said burned her out. After seeking a new job after Pacifica, “I wanted something that I could do without caring about it,” she said. “And, I have to say, I failed miserably.”

Amy Burkett, former executive v.p. of WLVT-TV in Bethlehem, Pa., took over May 28 as general manager of North Carolina’s WTVI-TV. Burkett succeeds Elsie Garner, who is retiring after leading the Charlotte station for a decade. Burkett joined WLVT in 1999 as host of its weekly newsmag, Tempo, and also served as senior v.p. of production.

Michael Dunn, general manager of KUED-TV at the University of Utah in Salt Lake City, is stepping down July 4 to accept a position as chief marketing officer of Surefoot, a ski boot and athletic footwear retailer headquartered in Park City, Utah. “Between my 25 years as a volunteer and three years as g.m., I obviously have a great love for KUED and the work we do in the public media space,” Dunn said. “But this was just one of those unexpected opportunities that was just too good to pass up.” Rebecca Davis, KUED c.f.o., will serve as acting general manager while a search committee recruits Dunn’s successor.

Lynn Brown, executive v.p. at WPBS-DT in Watertown, N.Y., will succeed outgoing President Thomas Hanley, who is retiring June 29 after 17 years in the job. “Lynn has been employed at WPBS since June 1999 and has held various offices at WPBS over the years, giving her a unique perspective in the day-to-day operations at the station,” members of the board of trustees said in a joint statement. Brown joined the station as an administrative assistant and human resources coordinator and later spent nine years as director of programming and development.

Houston Public Media, the restructured public media service licensed by the University of Houston,dismissed two managers last week: Debra Fraser, the director of operations who oversaw management of all three broadcast stations; and Emily Binetti, director of communications. Fraser joined KUHF-FM in 1988, when it operated under a separate management structure from HoustonPBS; she had also served as news director, reporter and local host of All Things Considered. Binetti had been with the station since 2006. “Houston Public Media began a major restructuring of its personnel and operations in October 2011,” said Richard Bonnin, University of Houston spokesperson, in a statement. The two job eliminations are “a continuation of that restructuring initiative to position Houston Public Media for the future.”

“Relentless, fiercely objective journalism has always been paramount to my work,” Khan wrote in a post on her blog, “and I see in AJAM’s new channel a bold, radical opportunity to raise the bar in cable news: to do it differently and more seriously, with integrity, fairness, respect, transparency and independence.”

Kahn will report and produce digital news coverage for the show.

Before joining Frontline in May 2010, Khan was a user operations analyst at Facebook. She also spent several years reporting in Pakistan for the English news television channel Express 24/7 and for Samaa TV.

The National Geographic Society has appointed NPR President Gary Knell to its board of trustees; Knell already is a member of the board of governors of the National Geographic Education Foundation. The 125-year-old society is one of the world’s largest nonprofit scientific and educational organizations. It reaches more than 450 million people monthly through its National Geographic Channel, numerous print publications, media productions, exhibitions and live events.

Three NPR journalists will start academic fellowships this fall: Dina Temple-Raston and Alison MacAdam join the Nieman Fellowship program at Harvard, and Louisa Lim will attend the University of Michigan as a Knight-Wallace fellow. Temple-Raston, who covers counterterrorism for the network, will study the use of big data in intelligence gathering. MacAdam, a senior editor of All Things Considered, will study the business of the art world. In Michigan, Lim will study the sustainability of China’s current political structures. She currently reports from Beijing.

One thought on “Ford Foundation hires Mertes, Howland and Marshall sign on at NETA Business Center, and more comings and goings”