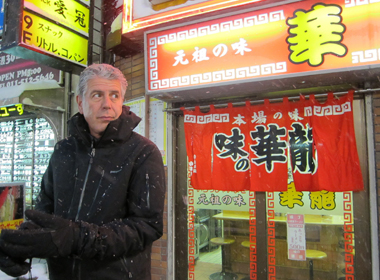 The Restaurateur, a PBS documentary about New York restaurant impresario Danny Meyer, won as best TV special/documentary. It was produced by Roger Sherman of Florentine Films.

A Beard Award also went to WHYY in Philadelphia for “Art of Food,” a segment highlighting the local food industry. Produced by Monica Rogozinski for WHYY-TV’s Friday Arts program, it won the award for best television segment.

On the radio side, Fear of Frying, a program from WBEZ in Chicago that focuses on culinary nightmares, earned the radio show/audio webcast award for host Nina Barrett and producer Lynette Kalsnes.