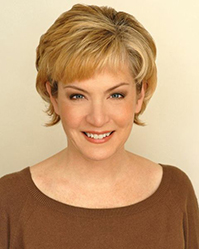 Kathleen Megargee, a freelance television journalist who hosted programs on Pittsburgh’s WQED and the former New Jersey Network, died March 23 from natural causes at her home in Bensalem, Penn. She was 58.

Megargee was an anchor and reporter for WQED’s weekly public affairs program The People’s Business from 1986–91. She also wrote and reported for NJN’s public school–focused newsmagazine Classroom Close-Up, NJ and managed a project to expand NJN’s adult-education website.

Mergargee also anchored broadcasts for commercial radio stations and worked as a press secretary for the Pennsylvania Department of Aging.

She earned numerous awards for her reporting, including seven regional Emmys from the New York and Mid-Atlantic chapters of the National Academy of Television Arts and Sciences; a Society of Professional Journalists award; and two Philadelphia Press Association awards.

She is survived by four brothers and one sister. Her family requests that donations be made to a charity of the donor’s choice in her name.