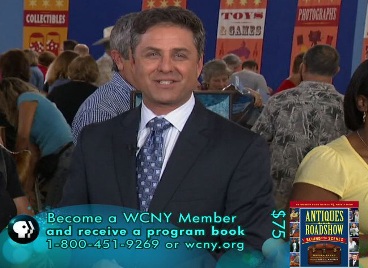 When Syracuse PBS station WCNY-TV announced that its September 2007 pledge drive would be its last, skeptics predicted the new policy would be short-lived. But five years later, the station is still proudly pledge-free and its leaders say they have no regrets.

Compared to 2007, the last year that the TV station solicited viewer donations via on-air fundraisers, WCNY’s membership revenues have dropped 7.5 percent, to $1.2 million in 2011, according to figures the station reported to CPB. But Robert Daino, the president and CEO, said in an interview that the trends are turning around.

When the TV station stopped pledging, he said, its membership was on a declining trajectory, similar to other PBS member stations nationally. While WCNY’s total member dollars have continued to drop year to year, the number of members grew in 2010 and 2011. WCNY reported 11,541 members in 2011, down 6 percent from 2007.

In the last five years, the station developed alternative income streams to replace contributions from those members whose pledges were spurred by premium offers, Daino said. New revenue-generators, such as a production company that sells its video services to the community, are much more dependable year to year than the “soft” pledge revenues, which vary based on the economy. “We are certainly stronger and moving in a better direction,” he said, with a more loyal member base and more predictable income.

Overall, Daino said, the station’s revenue for FY2011, ended June 30, was about $6.5 million (excluding one-time items), up from about $5.5 million in 2007. About 20 percent of WCNY’s current revenue is derived from membership. In addition to the TV station, the pubcaster also operates a classical FM station.

WCNY’s Board of Trustees enthusiastically supports the move to reduce the stations’ reliance on pledge revenues. “We’ve never once talked about going back to what we were doing before,” said Board Chair Jeffrey Scheer, an attorney. “The discussion has always been, ‘How are we going to generate revenues from other sources to make up for what we weren’t getting in pledge?’”

Daino, a software entrepreneur and former GE executive, was a WCNY board member when he was tapped as the station’s interim g.m. in 2005. Four months later, he was offered the job. In an interview with the local newspaper, he announced he would end pledge within two years. And then he told his stunned staff.

Both inside and outside the station, the pronouncement “was met with tremendous skepticism that, one, we could get there, and, two, that we could maintain it,” Daino said. “Some were saying it was more of a gimmick.” But Daino said he was convinced that the station needed to change, “that the current model we had embraced for a long time was not sustainable for the next 40 years.”

“I said, ‘Our members are so important to us that I don’t want to interrupt them,’” he added.

By eliminating pledge drives, the station gained back 70 days and 330 hours of broadcast airtime that had been dedicated to pledge appeals.

Once pledge was gone, the station had to find new ways to ask viewers to support the station. “I never believed that we’d take pledge off and people would be so happy that they’d just throw money at us,” Daino said.

To keep the station’s financial needs top-of-mind for viewers, requests for membership donations began appearing on-screen as eight- or nine-second “snipes,” popup graphic elements that catch the viewers’ attention without stopping the show. The station does air some PBS fundraising specials, including performance shows, but with the pledge breaks stripped out. Pared-back selections of premiums are offered to members through the snipes. “We’re really trying to emphasize the value of the programming,” said John Tonello, WCNY’s v.p. of advancement, communications and content delivery.

The average member gift has dropped from $131 in 2007 to $104 in 2011, according to WCNY’s CPB filing. But Daino attributes the decline to the fact viewers are no longer making transactional pledges to purchase expensive premium gifts, which stations must pay for. Moreover, he said, WCNY reduced the overhead associated with its membership program, because it no longer has to bear the personnel costs of managing lots of premium gifts.

Maintaining connections to its members, and recruiting new ones, remain WCNY’s biggest challenges. Daino said he wanted to get rid of expensive direct mail in addition to pledge, but after studying the situation decided the station needed to keep it, because of its success rate.

According to Tonello, WCNY recently had “one of our biggest Augusts in years,” between new members and renewals received through direct mail.

WCNY’s staff also changed the language they use to request donations. “We erased the word ‘gift’ in everything we had,” Tonello said. “We’re not a charity; we’re a not-for-profit.” Instead, WCNY emphasizes the concept of investing in the community.

While member dollars have declined, overall underwriting revenues for the station (including its radio and web operations) have doubled, climbing from $500,000 to some $1.1 million over five years. The growth came in part from underwriters’ response to a revamp and upgrade of WCNY’s magazine, which adds a print component to the sponsorship packages they can buy. The department that sells the packages is named Business Media Solutions, emphasizing that WCNY sponsorship can be an effective marketing tool for companies. A variety of businesses affiliated with the station — including a for-profit company that produces ads and corporate videos, among other video materials — helps to diversify the station’s revenue streams.

WCNY is also launching a new business as the operator of a joint master control for other public broadcasters. All nine New York State public TV stations have joined the CPB-backed centralcasting unit, and there’s room to accommodate more. The master control is scheduled to go online Dec. 7, bringing income to the station while cutting equipment costs for the others.

Daino, pictured at right on the construction site for the station’s new building, says the transactional pledge revenues that WCNY depended on were not sustainable. (Photo: Courtesy WCNY)

And when WCNY’s new 56,000-square-foot broadcast center in Syracuse’s Near Westside neighborhood is completed in December, it will include a space for an income-producing educational project called “Enterprise America,” where middle and high-school students will role-play the running of an entire city over five and a half hours using a STEM- and civics-based curriculum for which their teachers will have received special training. The building’s 1,500-square-foot café will be open to the public, and a related catering business, of which WCNY will own 50 percent, will also bring in revenue.

The station expects to close on the sale of its old location and tower leases by the end of the year, Daino said, and because a capital campaign is covering the costs of the new building, WCNY will soon be debt-free. It plans to establish its first endowment with some of the sale revenue.

The Syracuse pubcaster hasn’t given up on-air appeals completely; the TV station devotes 13 days a year to two auctions: a travel auction and the Tel-Auc, offering a potpourri of some 4,000 items. The number of auction days has been reduced, however.

And WCNY’s radio station still pledges, for 10 days — down from 24 when Daino arrived. “I haven’t figured out a way to stop that,” he said, noting, “You can’t snipe on radio.” But if he could eliminate it, he would, he said.

Earlier experiments in going pledge-free by other stations didn’t work. Cincinnati’s WCET tried twice, first in the late 1980s. “It does not give you a good way to replace the viewers that are falling off your rolls,” said Jack Dominic, WCET’s executive v.p. and station manager. “On-air usually is very effective because it gets you new people in the door.” A second experiment, in 1998, that offered a separate pledge-free channel to members who were also Time Warner Cable subscribers faltered for lack of interest. “As much as people said they liked it, when push comes to shove not that many people signed up for it,” said Dominic, recalling that fewer than 1,000 of the approximately 15,000 eligible members signed on.

More recently some stations have succeeded in reducing the number and length of their pledge breaks. Austin’s KLRU revamped its approach to on-air fundraising, cutting its pledge-break minutes by nearly a third from 2007 levels and switching to live breaks featuring notable community members. The changes brought in slightly more money in a lot less time: Pledge-break minutes totaled 11,846 in fiscal 2007 and brought in $860,000 in revenue; in 2012, the station clocked 7,980 pledge minutes and raised $869,000, according to Betsy Gerdeman, senior v.p. of development. During live pledge breaks, community leaders talk up the services KLRU provides, Gerdeman said. University of Texas astrophysics professor Karl Gebhardt and Torvald Hessel, executive director of the Austin Planetarium, recently pitched in for a Nova break, and a host of Austin chefs and restaurant owners took part in a special celebrating what would have been Julia Child’s 100th birthday. Complaints about pledge are down significantly, she added.

The results in Austin and Syracuse run counter to the national trend in on-air fundraising. The amount of airtime PBS member stations devoted to on-air pledging grew 1.5 percent from fiscal 2011 to 2012, according to Jan McNamara, PBS spokesperson. The amount of revenues raised increased a corresponding 1.6 percent, she said. Arizona-based TRAC Media reports that clients for its pledge service, who are predominantly independent community licensees that rely more heavily on on-air fundraising revenues, averaged 79 pledge days over the last 12 months, up 16 percent from the 2007 average of 68 days.

At least for Daino, devoting more airtime to on-air fundraising is a mistake. “I don’t think it’s right that every time there is an issue you turn to the people who own this,” he said, referring to the community. “I believe we should not constantly poke people in the eye in a reach for discretionary money that’s continuing to dwindle,” he added, referring to audience donations. “You have to take control of your own destiny.”