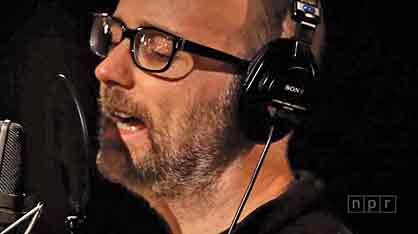 It’s been a very good Emmy season for indie documentaries on PBS.

POV received four of the six statuettes credited to PBS in the National Academy of Television Arts and Science’s Sept. 26 Emmy announcement. Two went to Food Inc., putting it at the top of the documentary and long-form informational programming categories.

In a likely first for a Web-based service run by a radio network, NPR Music was honored by the Television Academy for the Project Song video “Moby” as one of two News & Doc Emmy winners for innovation in arts, lifestyle and culture coverage. The 16-minute video, distributed by NPR.org in May 2010, featured electronic musician Moby and singer Kelli Scarr sprinting toward writing and recording a multilayered song on a two-day deadline in NPR’s studio. NYTimes.com – also a new contender for Emmys – shared recognition in this category for its online magazine feature “14 Actors Acting.”

News & Doc Emmys were also presented to Independent Lens, the ITVS-produced series that launched its 10th season last week, and Frontline, the investigative documentary series from WGBH in Boston.

Frontline won for its image campaign “Times Like These,” which topped the category for institutional promo. Missy Frederick wrote and produced the campaign with John MacGibbon, editor; Michael Frederick, designer; and Megan McGough, music research.