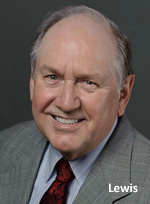 The new c.e.o. had a problem. The station’s underwriting revenue was nearly stagnant while public broadcasters of similar size were having significant growth.

While the corporate support manager had been at the station for a number of years, there was high turnover among his two sales reps. At the time, our firm was performing a development audit to evaluate the station’s development efforts, and the c.e.o. asked us to investigate.

We found that the corporate support manager handled the major underwriting clients, most of which had been with the station for years. His two sales reps, meanwhile, managed the smaller clients and tried to develop new business. All three received small base salaries but got most of their compensation from sales commissions, which were capped to keep their compensation from growing out of line with others in the organization.

It was not difficult to see why revenue was not growing and turnover was high. Each year, the corporate support manager renewed his major accounts, developing new business only until he reached his cap. His reps, meanwhile, scrambled for new business, making more calls and working longer hours than the manager, while earning far less. Over time, they tended to become discouraged and move on.

One can argue that the sales manager was not serving the station’s best interests and should have been replaced. From his perspective, however, his behavior perfectly reflected the incentive system. He was rewarded for raising a certain amount of money and no more. He had no clear financial motivation to help his reps increase their sales or to develop new sponsorship opportunities for major clients.

This is an extreme example of what can happen if incentive-based compensation is not carefully designed. I have never been a fan of commissions in fundraising. They are capable of powerfully motivating employees to pursue the station’s objectives, but they also can have unintended consequences.

The Association of Fundraising Professionals’ Code of Ethical Principles and Standards prohibits “compensation based on a percentage of contributions” and “finder’s fees.” One reason is the potential for undermining the trust between development professionals and grantmakers, donors and prospects in which the fundraiser tries to represent the interests of the organization and the philanthropic interests of the donor. Another is that many gifts result from the efforts of the fundraiser’s predecessors in previous years.

Broadcasting underwriting, in contrast, is usually more of a marketing transaction than an act of philanthropy. Businesses are accustomed to dealing with commissioned sales reps when they buy commercial airtime, so while they may recognize that underwriting is not the same, they are familiar with the sales-rep model. Many museums also pay commissions or bonuses based on sales, even putting the function in their marketing departments rather than in development.

In short, my past resistance to commissioning sales reps had nothing to do with ethical issues, but to the friction it can create with membership, major giving and grants officers who do not receive the same benefit. Despite these misgivings, I recognize that commission-based compensation has nearly become the industry standard. Marlene Schneider, director of Enginuity Workshop and a consultant to both DEI and PBS, says underwriting reps earn commissions at the public radio and television stations with the strongest underwriting sales.

“There would be enormous upheaval if stations had to change their practice,” she says. If they did away with commissions, she says, “we would lose some amazing talent,” because many top underwriting reps come from sales fields outside of public broadcasting.

If we choose to establish commission-based compensation, we need to do it right. Any incentive system affects how employees approach their jobs and even their relationships with their stations. In the situation I mentioned above, if the sales manager’s compensation had been based in part on the entire department’s performance, and if the commission cap been removed, he would have found it advantageous to distribute responsibility for the top clients among his reps, to help them develop new business and to develop new sponsorship opportunities for existing clients.

Compensating underwriting reps solely through commissions, as many stations do, tends to motivate them to pursue their own financial interest instead of an interest that they share with their employer. It encourages reps to act semi-autonomously, opting out of strategic discussions within the station and being extremely protective of client relationships. We’ve seen reps throw roadblocks in the path of philanthropic requests to businesses, such as capital campaign or outreach proposals.

To encourage reps to develop new business, some stations pay a higher rate of commission on new business than on renewals. But if the differential is significantly higher for new clients, we have seen unexpected client churn, as reps chase the higher commissions by offering the most marketable underwriting slots to new sponsors.

Stations that pay commissions on in-kind donations such as office supplies or advertising trades, without adequate accounting controls, often see the practice abused. A few have experienced outright fraud.

These kinds of misbehavior are exceptions, of course. Most salespeople act honorably. Many outstanding commission-paid salespeople are advancing station priorities, even when they have no personal economic incentive to do so. At Phoenix Public Radio, for example, a sales rep who is normally paid by commission has helped raise corporate funds for Fronteras, a multistation project that reports on border and migration-related issues.

Management can support responsible behavior, however, by designing compensation systems that reward it. These techniques include offering a livable base salary augmented by commissions, minimizing commission-rate disparities between new-business and renewal sales, and using a year-end bonus to reward such activities as assisting in philanthropic requests. The station can promote intradepartmental cooperation by offering all fundraising employees an annual bonus when the overall fundraising goal is surpassed.

Finally, as Marlene Schneider points out, salespeople are too often regarded by management and their peers merely as hired guns. If they are treated as members of the station team, they will tend to behave that way.

Jim Lewis recently retired as a partner and co-founder of Lewis Kennedy Associates, a fundraising consultancy in Portland, Ore. In July he received the DEI President’s Award recognizing his “major role in the professionalization of development in public broadcasting.” He was a consultant to public TV’s Major Giving Initiative and public radio’s Leadership for Philanthropy project, and developed the website majorgivingnow.org. Email: jimlka@msn.com
ShareTweet EmailPrint More