The leadership of WNET said a federal investigation into the station’s use of federal grants totaling almost $13 million is wrapping up, and the organization is financially sound.

“There was sloppiness as opposed to real wrongdoing in terms of our accounting systems, which has been addressed,” said James Tisch, chairman of the WNET Board, in an interview.

“We have a new CFO. We have a new compliance person to make it very clear we take all these rules very seriously,” Shapiro said. “The systems we’ve put in place, the people we’ve hired, will make us a stronger institution.”

The federal probe, reported last week by Crain’s New York Business, is looking into whether the station’s use of federal grant money violated federal civil statutes and is likely to be referred to the Justice Department’s civil division, according to WNET. 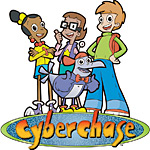 “The grants at issue began in 2000 and include funds provided by the National Science Foundation for the animated children’s math series Cyberchase,” the station said in a statement. “WNET.org’s management, as a cautionary measure, elected to slow its draw down on certain grants by adding further compliance measures so as to be certain that there will be no accounting or compliance questions going forward. WNET.org and its subsidiaries continue to receive federal grants, including from NSF for Cyberchase.”

A National Science Foundation official declined to comment and a Justice Department spokesman said the department hasn’t yet received the case.

Channel 13 executives acknowledged that cash has been tight at the station, a situation exacerbated by the federal investigation coming at the same time as a national economic downturn.

“What we had was a minor cash-flow problem resulting from the investigation concerning the grants, combined with a slowdown in fundraising,” Tisch said. “All for-profit and not-for-profit institutions had a very difficult time over the past 12 months. It was no different for Thirteen.”

The investigation highlights the complex matrix of restrictions on spending of federal grants, both general and specific to grantmaking agencies.

“There are some really strict guidelines,” said Anita Sims, v.p. of finance for the National Educational Telecommunications Association, which does outsourced accounting for a number of public stations. “The National Science Foundation is very clear as to recordkeeping.”

Grant rules specify what expenses may be charged to the grant, such as equipment, staffing, overhead, studio time, travel and contractors. Grant recipients must keep invoices and receipts and be able to provide documentation for all costs allocated to the grant. “There’s always a timeline that you’ve got to follow, a narrative you’ve got to supply, a financial report,” Sims said.

The National Science Foundation opened the inquiry with a June 2008 subpoena for records involving a $1.5 million grant for production of Cyberchase, according to the station’s fiscal 2009 WNET annual report. That inquiry expanded to five more NSF grants totaling $9 million.

In December, the inspectors general of NSF and the arts and humanities endowments advised the station that “several significant concerns” regarding use of federal funds required them to refer the matter to the Justice Department. The inquiry then expanded to include two NEA grants totaling $1.2 million and two NEH grants comprising $1.12 million, the WNET annual report said.

Most public TV station revenue is unrestricted, according to Andrew Griffiths, administrative dean of the College of the Atlantic in Maine and former chief financial officer of WGBH in Boston. “WNET is a similar scale to WGBH,” Griffiths said. “We had so many grants and most of them are not really closely restricted. There are so many different ways to use money and there were very few legal restraints.”

But when it comes to the restricted grants, recipients must carefully follow the rules—which differ from grant to grant. Some will pay for indirect costs, such as overhead, while others cover only out-of-pocket expenses directly tied to the project in question.

“You have to account for and track your dollars, for any federal grant,” said Larry Dankner of WUFT in Gainesville, Fla., vice chair of the Public Broadcasting Management Association. “If you’re not being careful, you could be outside the guidelines.”

For instance, a station could stumble by:

Some federal grant recipients use discrete accounting, where every single dollar from a grant can be tied to an expense, while others keep all grant funds in a single account and maintain subsidiary ledgers or project codes to ensure money is spent appropriately, Dankner said.

Tisch said the federal investigation hasn’t unearthed any evidence or claim of fraud among the objections under discussion. “It’s things like using a Canadian airline to fly to Toronto instead of an American.”

“The show has done extraordinarily well, picked up in 80 percent of the country. It’s got a real following of more than 200,000 viewers,” he said. “If Thirteen had waited for the system to fund it, we’d still be waiting. We decided to treat it as a venture-capital project, and we’re hopeful when people see the show and get accustomed to it, the funders will show up. We are starting to attract funders.”

He said the Lincoln Center studio where Worldfocus will originate, costs less than 1 percent of the annual budget and gives WNET a presence in a key part of Manhattan that is closely associated with the arts.

Katherine Reynolds Lewis is a freelance writer and former national correspondent for Newhouse News Service. She has covered financial markets for Bloomberg News and Bond Buyer. She operates the website CurrentMom.com (no relation to Current) for entrepreneurial mothers.
Disclosure: Current is an editorially independent and generally self-supporting news service of Current LLC, an affiliate of WNET.org.

Accounting problems cost WNET $1 for every $7 in federal grants, June 2010.

In audits of other stations, CPB has occasionally demanded big refunds, 2003.

WNET discloses the federal investigations in note 12D of its annual financial statement for fiscal year 2008.