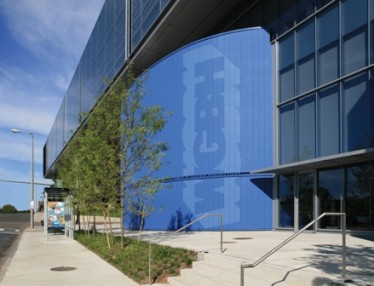 When the U.S. Attorney’s Office for Massachusetts announced a settlement with Boston’s WGBH over its handling of $60 million in federal grant funds, it was the second time in two years that a major producing station had come under scrutiny by auditors for its handling of grant monies for public TV productions.

In its filing on the WGBH case, the Justice Department alleged that the Boston pubcaster’s system of accounting for its federal grants “permitted mistakes.” Station officials contend that they began enhancing grant compliance systems before the accounting investigation began in 2010. (Photo: WGBH)

Unlike New York’s WNET, which paid nearly $2 million in 2010 to resolve questions about its handling of $13 million in funds from the National Science Foundation, WGBH is on the hook for less money out of a much larger grant pool: It will pay $300,000 to the U.S. Justice Department to resolve allegations that it improperly tracked grant money that had been awarded by three different federally funded agencies — the National Endowment for the Humanities, National Endowment for the Arts and NSF. In both cases, the stations said they had upgraded the accounting systems that had proven insufficient for federal grant requirements.

The latest settlement reflects the complexities of handling federal grants, according to pubcasting executives and accountants. Any organization that spends at least $500,000 annually in federal grants is subject to a Single Audit, also known as an OMB A-133 Audit, said Jan Heskiss, c.f.o. for Oregon Public Broadcasting. These financial reviews are so strict that “independent CPAs performing the audit may be required to report any discrepancy they discover in excess of $1.”

In the WGBH case, the Justice Department alleged that from 2005–08 WGBH maintained an inadequate accounting system for grant expenditures.

The Dec. 20 settlement announcement did not contain details of what exactly happened at WGBH. NSF Inspector General Allison Lerner and Christina Sterling, spokesperson for the U.S. Attorney’s Office in Massachusetts, which handled the investigation, both declined to discuss the investigation or settlement with Current.

Discrepancies in the Justice Department’s complaint “mostly had to do with timing issues, of when we accounted for some funds, as there are differences between production timelines and grant timelines,” said Jeanne Hopkins, WGBH spokesperson. The funding went to several programs that are no longer in production, which she declined to name.

“WGBH did not misspend money or fail to account for grant funds,” she said. The Justice Department’s review, which began late in 2010, was triggered by a routine audit, she said.

WGBH had started tightening up its compliance with federal grants prior to the audit, in 2009, according to Hopkins. “We had a change of leadership at that time, and they reviewed existing systems and began enhancing them,” Hopkins said. WGBH “brought in new management and made a series of personnel, policy and procedural changes that have since created a thorough and comprehensive grant compliance system.”

Hopkins told Current that the station’s payment equals the error rate of between 0.5 percent and 1 percent of the total value of the grants to the station, which had an operating budget of $166 million in fiscal 2011. The agreement also provides WGBH with a mechanism going forward to clarify questions with federal funders to ensure full compliance with grant regulations.

In the earlier case involving WNET, auditors examined the station’s accounting of $13 million in NSF grants. In addition to its $1.96 million settlement payment, the station hired a new chief financial officer and created the position of executive director, financial control, to ensure compliance with federal grant rules (Current, Sept. 21, 2009, and Current, June 21, 2010).

Stewardship can be a challenge

Steve Bass, president of Oregon Public Broadcasting, which currently oversees a $2.5 million grant for its Time Team America archaeology program, said pubcasting stations “have to be incredibly diligent about accounting.”

Accountants at other stations agreed that tracking federal grants can be a tedious, time-consuming and tricky process.

Compliance “is one of the things that keeps station managers awake at night,” said Tom Livingston, board chair of the Public Media Business Association and president of Livingston Associates in Baltimore. The subject will be a major focus of the PMBA conference in May, said Andy Schwarz, executive director.

Especially with the ongoing fiscal crisis on Capitol Hill, public broadcasters “need to be good stewards of federal tax dollars,” Schwarz said. “Everyone has to focus on establishing and following procedures, at all staff levels.” PMBA is talking with its members to identify areas of confusion and develop specific educational resources.

Training is one key to avoiding potential pitfalls, although that can be “very time-consuming,” said Susan Smith, director of business affairs at OPB, who has been accounting for federal grants for more than 20 years. Plus, the training programs are often aimed at research organizations that receive the bulk of NSF funding, so Smith has had to “reinterpret” a lot of the techniques for pubcasting productions.

The training must extend beyond accounting staff to producers in the field, who have to learn the importance of, say, providing adequate receipts for reimbursements.

Accounting of federal money becomes even more complex when multiple grants are involved, Heskiss said. “Production grants are typically heavy into personnel costs, and not everyone works 100 percent on one grant,” she said. OPB has one employee that is paid by two grants, one federal and one nonfederal, so even reimbursements for monthly cell-phone charges must be broken out. “We have to make that decision on every single expense,” she said.

The National Educational Telecommunications Association (NETA) has handled such compliance tasks for client stations for more than a decade. Anita Sims, NETA’s vice president of finance and development, said it has assisted stations with grants of up to $10 million.

“In some cases, audits are triggered by delays in meeting reporting deadlines, or being over or under budget,” she said. Even the end of a grant may prompt an audit.

Although serious adverse audit findings could make federal-grant recipients ineligible for any future funding, that is not the case with WGBH, Hopkins said.

“We have continued to receive those grants,” she said.

The U.S. Department of Justice settlement agreement with WGBH details its allegations and the station’s response.