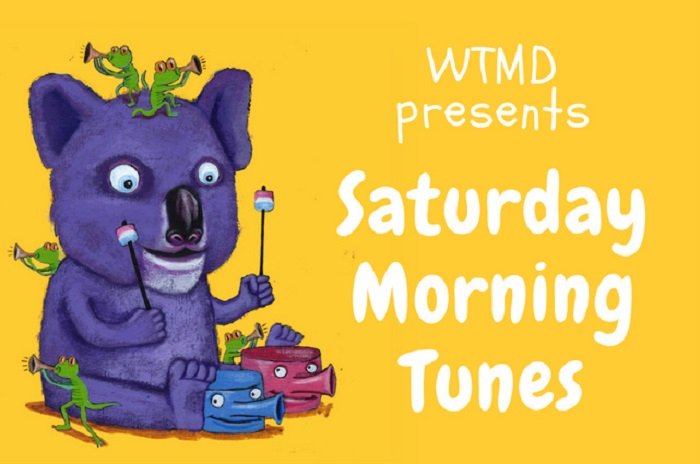 Saturday Morning Tunes arose from a desire for music events and concerts at a time of the day (and day of the week) that would be good for both parents and young children, as the popular WTMD shows fell right before nap time or before bed.

So, WTMD decided to produce a standalone concert specifically for the parents of kids aged 0-6. They reached out to a popular kids rock band in Baltimore to perform.

WTMD scheduled it to run from 10-11 a.m. (post-breakfast, pre-afternoon nap, no more than an hour) on a Saturday morning at their performance studio. They only set up chairs around the perimeter of the room, and made sure to have infant changing tables in the men’s and women’s restrooms, as well as stools at the bathroom sinks. For this show, they limited ticket sales to 110, and set prices at $10 for kids, $15 for adults, $40 for a Family Four-Pack and free for kids under 2. Each ticket included organic fig bars, fruit strips, organic milk, and juice.

The response was so strong, WTMD expanded the idea into a monthly concert series which mirrored the school year, running September through June.

During the first full concert season, they hosted several sold-out shows of more than 225 people in their performance studio, and also brought Saturday Morning Tunes to the Senator Theatre, a historic art deco movie theater in Baltimore, and the Modell Lyric, a downtown opera house.

At the Senator, they had popcorn and coffee for the adults, arts and crafts, organic snacks, and bicycle rides for the kids. The bands played for an audience of more than 550 people.

They also decided to throw a Mini Masquerade Ball, and encouraged families to wear their most stylish outfits. They brought in a hula-hooping stilt-walker, a juggling uni-cyclist, and offered fancy kid-friendly finger foods. They offered a full bar for the parents, and for the kids, had servers bring around trays of sparkling cider garnished with maraschino cherries for an 11 a.m. toast. Kids could bring masks or make their own at the arts and crafts station. More than 625 people filled the two-level lobby.

WTMD wrapped up the 2017-2018 Saturday Morning Tunes season with an indoor-outdoor Beatles Family Festival at the station, which drew a multi-generational audience of about 550.

Read Current’s story about this project.