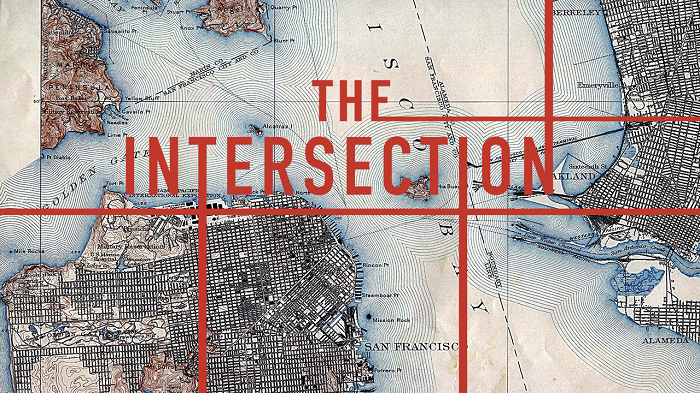 The Intersection started in 2014 as a one-off piece for KALW by David Boyer, who was attending our training program. We wanted to locate the edge of gentrification in San Francisco and profile a neighborhood where change was just beginning to take hold.   Boyer ended up at a corner in the Bayview district. He walked corner to corner of one intersection, collecting the stories of people along the way. Through this one dot on the map, we told the story not just of a corner in transition, but a neighborhood and city.

After the piece aired on KALW, the station received incredibly positive feedback from Bayview residents and leaders. They appreciated the time we spent there and that we presented a more nuanced view of their community. We began to think about the stories other intersections might tell and envisioned a larger, more ambitious series.

With KALW, Producer David Boyer applied for three grants and received two. We mapped out a multi-year project that would look at change from many more perspectives. Initially, we planned to spend a month documenting one corner in a 15-minute audio documentary. We soon realized that a single piece wouldn’t adequately capture the complexity of the corner. So, we spent a year there producing seven pieces.

Ultimately, we want to motivate listeners to get more involved in their communities. One episode about an intersection near Google focused on local government and how individuals can influence policy. One local community organizer now uses it as a primer to encourage other residents to show up for weekly Mountain View City Council meetings.

We focused on regional change, which lent itself to a longer production schedule and a broader scope, but that can be scaled down. We produced a standalone piece on Haight & Ashbury, which required one day of interviews and several hours delving into a local audio archive.

This concept also lends itself to live events. We partnered with a non-profit during a street fair and asked local residents what they would do to a corner if they had a magic wand. Answers were posted on a temporary billboard and audio became part of an episode. In Silicon Valley, we did a talk on Google’s campus that encouraged employees to get involved in local politics and influence local actions of their employer.

Read Current’s story about The Intersection.