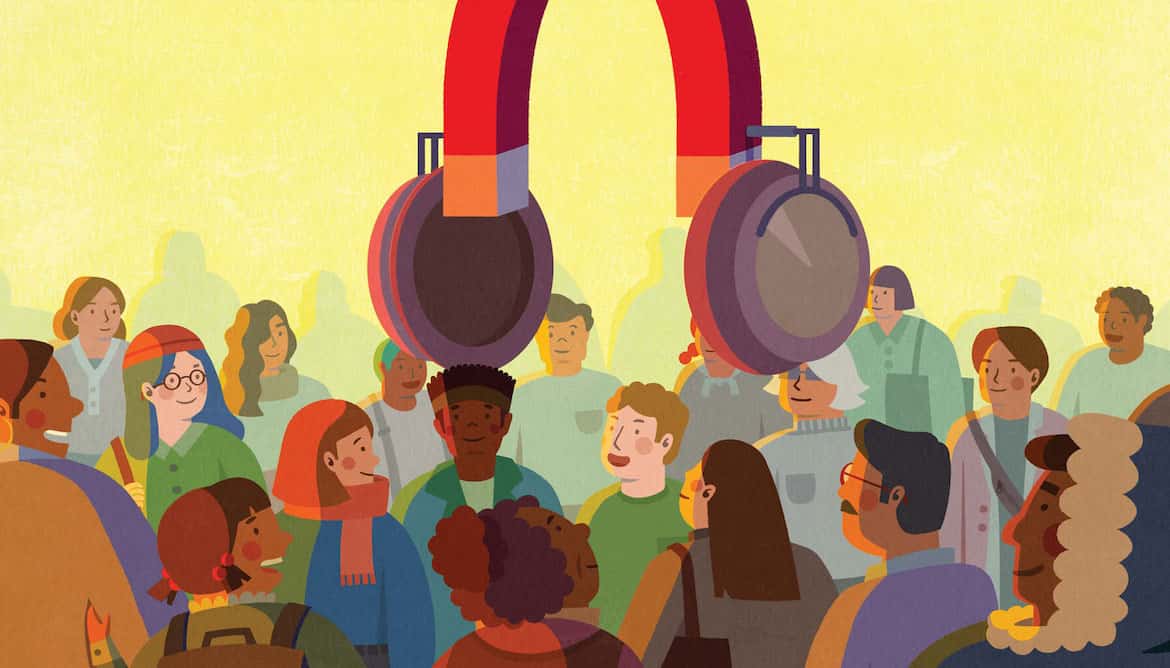 Public media stations looking for ways to bring younger and more diverse audiences into their membership programs have been testing strategies that break the mold of traditional pledge drives.

Their tactics include pledge events specifically tailored for audiences of color, creative uses of contemporary music and low-level — or free — membership offers.

“In 2020, lots of stations really took a hard look at [themselves] and renewed their commitment to showcasing lots of diverse perspectives and making sure that diverse voices were being heard on-air,” said Erin Chrest, MPT’s managing director of major and planned giving. “We wanted to make sure that the programs we were airing had all of our viewing community where they could see themselves reflected in that.” MPT decided to offer complimentary memberships after an earlier drive to provide free memberships to state government employees generated 5,700 signups.

“We spend a lot of time thinking in the clouds and being a little more highbrow and not coming out of those offices and coming down to the people,” said Nikki Swarn, GM and PD at The Drop. “So many public media stations don’t make that entry point as simplistic as it could be.”

Public media does a good job of telling community-focused stories, but effective member outreach has to reach people who are new to public broadcasting and not familiar with its mission, Swarn said. This insight led her to co-create a $5 fundraising campaign linked to a popular hip-hop song.

The Drop, which airs hip-hop and R&B, created its “I Got $5 On It” campaign around a reference to a 1995 rap single that is one of the most recognizable songs in hip-hop. The campaign asks listeners to contribute $5 to support the station.

The song is about pitching in money to purchase marijuana. The decision to fundraise with it was a no-brainer, Swarn said. It reflects the reality that medicinal and recreational uses of weed are part of life in Colorado.

“We live in a state that was amongst the first to legalize cannabis. It’s silly for us to ignore that that’s part of the culture of the state of Colorado,” Swarn said.

“If we’re trying to talk to everyday folks, we need to meet them where they are,” she said. “It was fun. It was catchy. And it was easy to remember.”

The Drop’s on-air talents continue to use phrases like “Put $5 on it” when asking listeners to pledge or to tip DJs who perform during their broadcasts.

The Drop is one of three stations that received CPB funding in 2018 to test the Urban Alternative format. Earlier this year the station began broadcasting on a new FM signal. It’s also transitioning to a new data platform for tracking membership, including the demographics of its donors. With better data to measure performance, Swarn said, The Drop can create more ways to reach its audience.

MPT’s second outing with HBCU Week featured an expanded lineup of documentaries on the historical and cultural legacy of HBCUs, including programs about regional institutions such as Morgan State University in Baltimore and Howard University in Washington, D.C. MPT’s public affairs series Direct Connection produced a one-hour special on the current state of HBCUs, while reporters for State Circle interviewed Maryland politicians who graduated from HBCUs. The week concluded with a special event — a preview and panel discussion of Muhammad Ali, directed by Ken Burns, Sarah Burns and David McMahon.

MPT partnered with regional HBCU alumni organizations and presidents’ offices to promote the initiative and offer complimentary memberships via an email marketing campaign. The annual membership package includes a free subscription to MPT’s monthly program guide, discounts to MPT events and access to member-only MPT-branded merchandise. PBS Passport, the streaming service for members, is not included in the complimentary memberships, but MPT hopes that some who sign up for the free memberships will eventually pay the $5 minimum monthly donation for the service, Chrest said.

MPT has been careful to manage expectations for HBCU Week 2021, Chrest said. Last year’s inaugural programming and engagement event, which ran from Nov. 30 to Dec. 4, generated $15,514 in revenue from 83 donors — 32 new and 51 renewals.

This year, MPT aims to administer between 250 and 500 complimentary memberships and then convert some of those members into donors the following year. At Current’s deadline, approximately 30 HBCU alumni or employees had accepted the offer, but a spokesperson said the station is still promoting the membership offer and anticipates more sign-ups in the coming weeks.

“We’re really excited to hopefully bring in younger Black members,” Chrest said. “There’s a perception that the PBS audience is older and whiter. We certainly understand that our traditional members that we’ve had for years appreciate what we’re doing, but what are we doing to make sure that we’re reaching all parts of the Maryland community? Because that’s our mission and that’s our goal.”

MPT’s first test run of complimentary memberships was a monthlong campaign created in partnership with the Maryland Department of Budget and Management. Offers of free membership were sent to 150,000 state employees. “In 24 hours, almost 2,500 people had already signed up,” Chrest said. “It’s been a really great opportunity to cultivate people who we know were already interested in MPT but were never members before.”

MPT’s development team won’t know until next year how many people from HBCU Week and the state employee campaigns upgrade to full memberships. But Chrest expressed optimism that the experience of free membership will encourage people to see the long-term value of supporting MPT.

The fundraising team tries to feature a diverse range of musical genres that can appeal to Atlanta’s in-the-know music fans, Hyman said.

“You have to be thoughtful about it because if you’re coming out of a tough, sad, dramatic, heavy news story, you don’t want to have some fun song,” she added, noting that the station has at times used instrumentals for songs like “Someday We’ll All Be Free” because of its serious but uplifting message.

For television drives, ATL PBA looks for ways to create local programs that connect to PBS’ national productions. As with MPT’s HBCU Week, the goal is to present programs that resonate with local viewers.

Jaime Green, multiplatform senior producer and on-air host for PBA, co-led a project called Tell Me The Story, which focused on Black churches in Atlanta. The multiplatform production, which included a TV documentary, radio programming and online features, was timed to coincide with the national premiere of Henry Louis Gates Jr.’s four-hour series The Black Church: This Is Our Story, This Is Our Song.

PBA also built a campaign around the film Doin’ It in the Park: Pick-Up Basketball, NYC, which premiered in 2014 on Black Public Media’s AfroPoP: The Ultimate Cultural Exchange. The film explores basketball and hip-hop culture, subjects with strong appeal to Atlanta’s Black community. PBA created a special package of pledge gifts for the program, including summer camp vouchers donated by the National Basketball Association’s Atlanta Hawks and vouchers for a basketball tournament and a film screening event with co-director Bobbito Garcia.

PBA ATL has also created special pledge gifts around Gates’ ongoing PBS series Finding Your Roots. A premium offer of two tickets to “African Ancestry Experience,” an event with Gina Paige, the founder of AfricanAncestry.com, included a DNA test kit that allowed donors to learn about their African origins. The pledge event was emotional for many Black viewers who did not have access to information about their African ancestry, according to Hyman and Green.

Both of PBA’s stations have enlisted major donors to encourage listeners and viewers to become members. Joe Barry Caroll, an art collector, philanthropist and Black former professional basketball player who lives in Atlanta, participates in on-air fundraising. He’s also offered premium-gift tickets for local cultural events that he’s involved with. “He didn’t just want to give. He wanted to get more people to give, and more people from the community he’s a part of,” Hyman said.

Another major donor, a restaurant owner and chef, agreed to organize a gourmet dinner for midlevel donors that PBA had identified as major-donor prospects.

One foundational element of PBA’s strategy for diversifying its membership is featuring Black staffers during pledge drives. Green and Hyman, who regularly appear and pitch on-air, said it’s important for audiences to see and hear diversity in the TV station’s campaigns.

“It means something to our community that they see us hosting those spots and those pledge breaks,” Hyman said.

“There’s the intentional and very direct message that we’re saying in our scripting, but then there’s also that subconscious message of, ‘You get to see somebody like you on this PBS station,’” she added. “We can have that appeal from a personal place also. That’s the extra layer to this.”