Three public broadcasters will introduce programming focused on R&B music and hip-hop over the next year with help from CPB, the latest step in an effort to develop an “Urban Alternative” format for public radio. 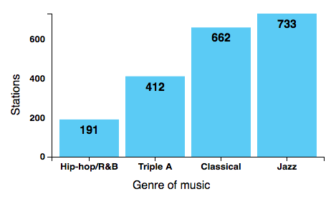 Some public radio stations are already airing hip-hop and R&B, but the system’s staple formats of jazz, classical and Triple A are more common. About 15 percent of 1,295 stations tracked by NPR were airing at least one weekly show featuring R&B, hip-hop or “urban” music in spring 2018; 56 percent aired at least one jazz show.

CPB and leaders at the stations piloting Urban Alternative are hoping that expanding airtime for hip-hop and R&B could draw a younger and more racially diverse audience to public radio.

They’re building on the work of Vocalo, the Chicago Public Media station that began moving toward an R&B and hip-hop format in 2010. In 2014 it adopted the brand “Urban Alternative.” 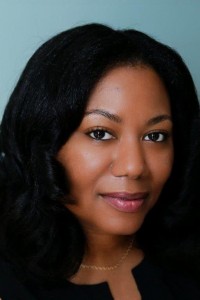 “We watched their metrics go positive with growth in so many key areas, from audience to social media followers, attendees at events, downloading of their apps and even memberships,” said Erika Pulley-Hayes, CPB’s VP of radio. “That really reinforces the fact that there’s something here and an opportunity to reach new audiences and have positive outcomes.”

A previous CPB grant of $450,000 supported market research and focus groups to study the format’s potential and involved Vocalo, WNSB and WEAA in Baltimore. The findings showed a “formidable opportunity” with a potential audience “larger than most people would expect,” said Mike Henry, CEO of Paragon Media Strategies.

“This is a pent-up format demand,” Henry said. “I don’t feel the same level of pent-up demand among stations, but I believe it will come. Based on early performance, we’ll show that this is a format and an audience that public radio needs to bring into its fold.”

CPB has narrowed the musical focus of Urban Alternative since beginning its process for selecting stations last year. The format was previously envisioned to include indie rock, but research showed that genre didn’t “align with the target audience,” Pulley-Hayes said. Dance music may also be incorporated into the format, but “hip-hop and R&B are consistent across markets based on the preliminary research,” she said.

As it seeds Urban Alternative on stations, CPB is also emphasizing the importance of community engagement. “It’s not just about the music, but engaging with the local music scene and connecting people with the station and each other, giving audiences and stations a place to meet,” Pulley-Hayes said.

The funder chose participating stations based on the diversity of their broadcast markets and commitment from leadership. Houston is among the country’s biggest radio markets, with a widely diverse population; Norfolk’s population is close to 40 percent people of color; and Denver has a growing minority population, particularly Latinos.

The stations all plan to add staff to support the new programming and will phase it in over the next year. KPVU and WNSB, each receiving $500,000 from CPB, will devote most or all of their on-air time to the format.

After reading CPB’s request for proposals for the funding, leaders at KPVU “were all in,” said GM John Hughes. The station had already been working to reach a younger and more diverse audience over the past 18 months by adding R&B and hip-hop that meshes with its predominantly jazz format. It is receiving $500,000 from CPB.

Many public radio stations licensed to historically black colleges and universities air jazz but are finding that the music “is the hardest format to program for broadcast radio,” Hughes said. Jazz listeners’ tastes are splintered across a wide range of genres without much overlap, from traditional and big band to bebop, smooth and contemporary jazz.

That makes it difficult to “please an audience of jazz enthusiasts,” Hughes said. Urban Alternative could point the way to a new format for the system’s HBCU stations to adopt, he said. 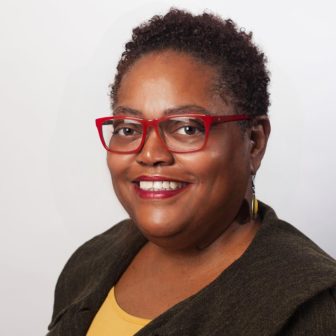 Like KPVU, Norfolk’s WNSB has also been tinkering with its music mix. When GM Edith Thorpe joined the station in 2016, it was trying to compete with a commercial hip-hop station. Changing up on-air staff and adding R&B and other genres has helped WNSB grow its cume audience, Thorpe said. She hopes that the support from CPB will help WNSB make that growth more consistent as it adds a content director and a community engagement position.

WNSB was able to grow audience “without really marketing the station,” she said. “How many more people will come on board once they know that we’re here and that things have changed?”

In Denver, Urban Alternative will get a cross-platform treatment. Rocky Mountain Public Media didn’t want to drop the longtime jazz format on its radio station, KUVO. So hip-hop and R&B will be heard for only three hours overnight on weekends on the FM station.

But the broadcaster is teaming up with Denver Open Media, a local nonprofit, to provide four hours of music programming each day on DOM’s low-power FM station. It will also devote one of KUVO’s HD Radio subchannels to Urban Alternative.

RMPM’s audiences beyond radio will come across Urban Alternative in other forms. Videos of live performances in KUVO’s on-air studio will air on DOM’s public-access TV station and on Arts District, a weekly show on RMPM’s Rocky Mountain PBS. RMPM will eventually create a TV show devoted solely to the performances. And on digital platforms, RMPM will roll out the Urban Alternative format on a web stream and an app for phones and tablets.

“Over time you will see more stations in the system incorporate elements, if not a complete format switch.” — Erika Pulley-Hayes, CPB

With its $350,000 grant, the station plans to hire a content director, an engagement director and two part-time hosts. Adopting Urban Alternative “allows us to speak to an audience that we currently may not be speaking to,” said Tina Cartagena, RMPM’s SVP of radio.

As CPB has supported Urban Alternative, it’s found “a lot of interest in the system” in the format, Pulley-Hayes said. Some stations may want to add slices of the music mix on weekends. Those interested in the potential are watching how Urban Alternative performs in its pilot markets.

“Over time you will see more stations in the system incorporate elements, if not a complete format switch,” Pulley-Hayes said.

That adoption is “critical to the future of public radio,” Henry said. “We have to start somewhere in each market to build our case. I’m confident that once this airs on FM stations, it’s going to find an audience.”