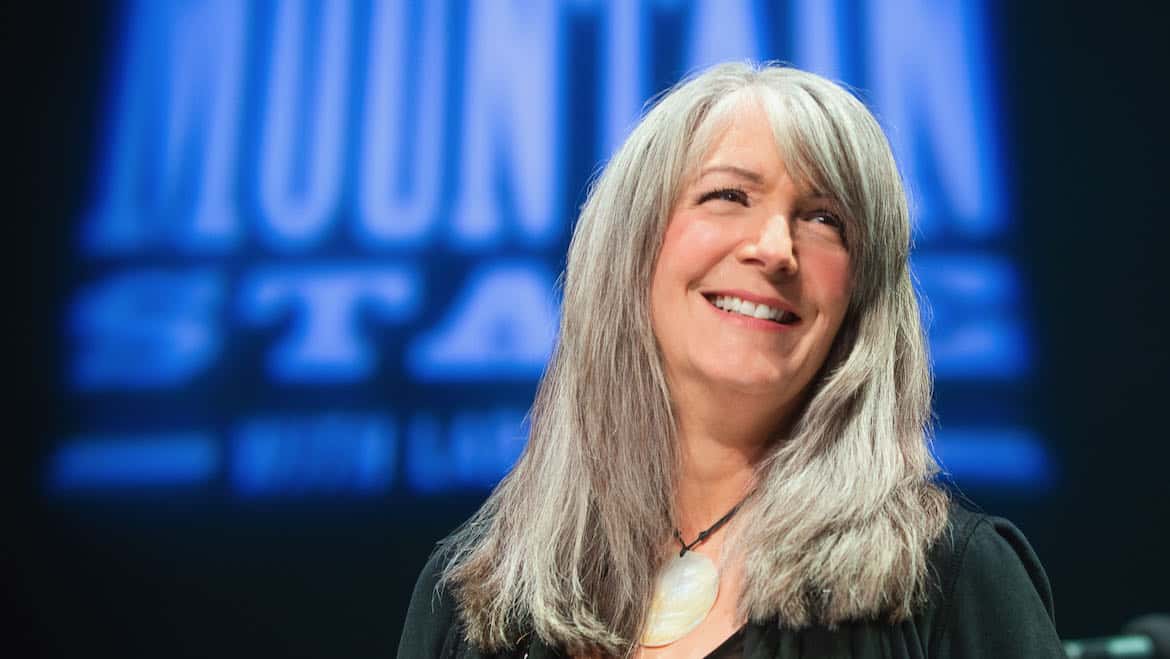 Kathy Mattea knows that one aim of public radio’s Mountain Stage is to share the culture of West Virginia with the rest of the country.

“One of the ways that I make decisions in my life is to decide if it is being of service to something that I value in the world,” Mattea said. “I think Mountain Stage is important. I think a platform for artists to be heard is important. I think bringing West Virginia culture to the rest of the country in a more authentic form, rather than the cliche version, is important.”

As the show’s new host, it will be up to her to continue that tradition. Recorded in Charleston, the West Virginia Public Broadcasting production has been synonymous with its home state since its debut in 1983. That same year, Mattea signed her first country music record deal. Two years later, she performed on Mountain Stage for the first time.

Mattea has since performed on the show 16 more times, trailing only Tim O’Brien in total appearances on the show. After being a frequent guest host since 2014, she debuted as the show’s new host Sept. 12.

“I like challenging my own skill set,” Mattea said. “So it feels like this job is kind of a culmination of a love of music that’s been going on for a lifetime.”

Mattea is only the show’s second permanent host in its nearly four-decade run. She succeeds Larry Groce, who she says helped ease her into her new role.

“Larry makes it look really easy,” Mattea said. “… His feedback is specific, yet very gentle and diplomatic. … He was like, ‘I don’t want to squelch what might be unique to your approach to the show, but I still want to provide guidance from my experience.’  That’s a hard line to walk, and he does it beautifully.”

The change has been in the works for years. Groce said he hadn’t known when he’d step down from hosting, but the seeds were planted in 2014 when the show began featuring guest hosts.

“At that time, I wasn’t ready to step away, but I thought we better be prepared for the time when I did step away,” Groce said. “But there was no set time. And then as things developed, it seemed like a good time for me to step down on our 1,000th show.”

Groce had hosted over 950 shows, and it appeared he was in striking distance of hitting his goal. The last show Mountain Stage taped in front of a full-capacity crowd was in February 2020. The pandemic put taping new shows on hold, and Groce never got to host his 1,000th episode.

Though he didn’t hit that milestone, Groce said he had made the right decision. “This seemed like a good time to do it,” Groce said. “… Everything must pass, and it seemed like a right time for us to change.”

Growth during the pandemic

“She’s a country music star. That’s something I’m not,” Groce said. “She brings the experience of playing to very large audiences and having her name known by many people all over the world. And that’s always a big plus. … She has a great depth of feeling for music and for songs, and Mountain Stage is built on songs.”

“She basically already felt like part of the family because we’re all so familiar with her, and we’ve known her for so long,” said Mountain Stage EP Adam Harris. “She maintains a lot of integrity, and because of that, I think that’s part of why we all thought she would be a great fit is because we have a lot of integrity. … She is going to be a great person to help be that advocate and be a champion for the show.”

Groce will stay on as the show’s artistic director and help select musical guests. He said it’s important that the show, which has hosted performers including Arlo Guthrie, Buddy Guy, R.E.M. and many more, continue featuring different kinds of music.

“I think the general public has a bigger hunger for that than it’s ever given credit for,” Groce said. ‘We don’t expect everybody on the show to like everything they hear, any more than I expect anybody to like every story they hear on All Things Considered. … If nothing else, you can say, ‘Well, that’s not for me.’ I think it’s really important to keep doing that.”

“We would never last as long if we were a bluegrass show, or if we tried to be a jazz show. And it turns out, this was the best way for us to do the show, was to do so many different styles of music,” Harris said. “With the growth we’re experiencing right now, 38 years in, I have to say our format has served us well.”

The approach does appear to be working for Mountain Stage. While the pandemic spurred the cancellation of Live From Here, which also depended on live audiences, Mountain Stage came out of the crisis unscathed and with a broader reach. According to Harris, the show went from being aired on 217 stations in the spring of 2019 to 283 in the fall of 2020. From the fall of 2019 to the fall of 2020, its audience increased 32%.

Its biggest funders, the law firm Bailey Glasser and the West Virginia Tourism Office, continued funding the show during the pandemic, and it continued receiving support from WVPB. Harris also credited the show’s endurance to the fact that Mountain Stage does not depend on its ticket sales.

The show’s extensive archive helped it weather the pandemic as well. “We have a ton of great stuff that we were able to feed the stations, and with so many new stations, a lot of them were hearing it for the first time,” Harris said. “We were lucky to have that archive to rely on when it came to producing programming because we weren’t able to do live shows for such a long time.”

The show returned to taping new episodes without a crowd in attendance in the spring. In April, it held its first live performance since the pandemic began with a limited audience.

Harris said that the show’s team wants to sustain the momentum it gained during the pandemic. Mountain Stage will go on tour for the show’s 40th anniversary, but nothing has been formally planned.

“Because we’re bringing on so many new markets, it makes a lot of sense to do it right now,” Harris said. “I want to help get Mountain Stage into the front of those listeners’ minds. And if they have a chance to actually see the show happen, then they’re more likely to say, ‘I can listen to this every week on my station.’”