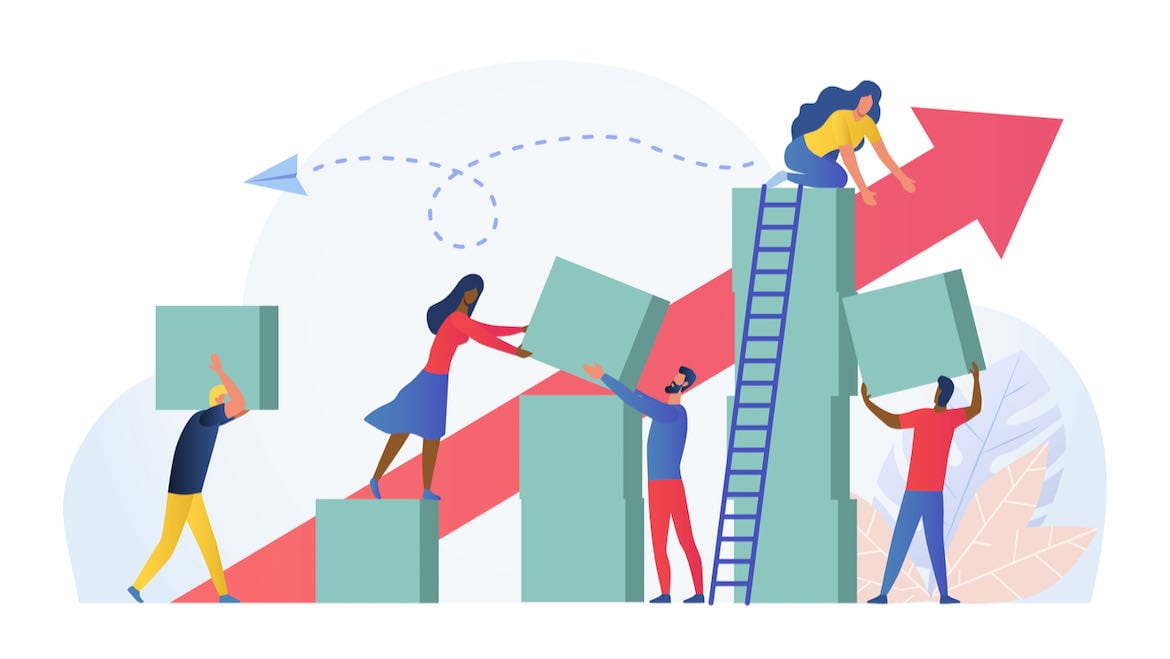 Grounded in early career experience at newspapers, Amanda Mountain approaches diversity, equity and inclusion with wary optimism. She has seen well-intentioned corporate efforts fail but also believes that public media stations can accelerate DEI efforts by learning how other industries have tackled this complex and urgent issue.

“The framework for accountability is clearer in the corporate sector than it is in private,” said Mountain, CEO of Rocky Mountain PBS in Denver. “We [in public media] have a different accountability system, but the ambition that drives it could really be taken from the corporate sector. The opportunity for clarity is a chance to be more ambitious for what we’re striving for.”

The corporate sector is littered with one-shot, superficial and self-serving DEI efforts — not to mention failures at high-profile organizations like the NFL. Still, the private sector’s few hits and many misses offer clues to public media operations, say executives and board members.

As DEI escalates from a postponeable project to top priority, board members are applying their corporate experience to stations’ situations. Meanwhile, station executives hired from the corporate world often bring a practical perspective to how focusing on DEI can accelerate growth and progress toward community goals, as well as how to translate top-line goals into policies and actions.

“As we’ve had more leaders come from the outside, we’ve started to have more influence with their experience in the corporate world, and their bafflement at how stations run,” said Deanna Mackey, co-founder of the Public Media Women in Leadership, a career development and networking program. “Human resources staff from the corporate world knows about DEI training, and they’re sharing amongst each other about what works. Their comfort level is rising to reach outside the industry.”

Corporations have long cast prioritizing DEI as a smart business move that better aligns them with customers. The dynamic of the relationship with audiences is the same for nonprofit models, said Paul Cheung, CEO of the Center for Public Integrity and formerly a program director with the Knight Foundation.

Accountability for diversity results, not just efforts, is escalating at all newsrooms and media organizations, said Cheung and diversity consultants. This shapes the expectations of public media’s backers.

“Journalism funders are raising the question, ‘Are you reflecting the community you cover?’” said Cheung. “Increasingly, nonprofits have to answer those questions. Resources are tight, but there are certain things you can control. You can diversify your board.”

DEI has “moved to the forefront with foundations and donors,” said John F. Salveson, board chair for WHYY in Philadelphia. “It’s not a nice-to-have any more. If you can’t talk about your social justice process and programs, you’re in trouble.”

At PBA, the power of tracking diversity

The stakes are rising nearly daily as advocates for women, minorities and other employees from historically marginalized groups release damning reports about disparities in power, pay and positions. Consulting firms like McKinsey chart the economic reverberations of inequity, while the private equity industry tries to align gender parity with profit.

When Jennifer Dorian became CEO of Public Broadcasting Atlanta early this year, she expected to prioritize DEI and to apply what she’d learned over three decades at Turner Broadcasting and Warner Media, including a turn as general manager of Turner Classic Movies.

Measurements catalyze change, Dorian said, because managers can see which DEI initiatives work and which don’t. Internal metrics that show how top-level diversity priorities translate to daily decisions show leaders when, where and how big-picture goals shape daily decisions or fade in the scrum.

“Having a robust tracker at Turner was effective,” she said. “We used the tracker to see how individual managers made content- and audience-related decisions, and the human resources group tracked the diversity of candidates and slates.” Dorian intends to implement Turner’s most successful tactics at PBA, including analyzing diversity metrics for the board and funding sources. She is also working on how to track diversity of sources for stories, show guests, experts and callers to PBA’s talk shows.

At Fortune 500 companies such as Microsoft, Intel and Johnson & Johnson, diversity achievements are taken into consideration when awarding managers’ bonuses. That level of accountability is next on Dorian’s DEI to-do list. “We’ll take the trackers and tie them to performance reviews and compensation,” she said. “I saw that at Turner — leadership qualities included diversity and talent development.”

To help managers clear the bar, Dorian intends to weave proven modes of diversity training into staff development. She doesn’t anticipate much resistance. “Inclusive management styles are one of the most important variables,” she said, adding that the station’s culture of experimentation likely foreshadows staffers’ welcome of DEI skills.

When he was at CNN, Scott Woelfel admired how the company’s flat management structure empowered news teams. Now PBA’s CCO since January 2020, Woelfel reorganized production staff to give more decision-making authority to a reconstituted team of digital producers that achieved an equitable racial balance.

In the year since, “the output has increased, and the stories are more diverse,” Woelfel said. Two Black women producers who grew up in traditional African-American churches produced Tell Me the Story, a TV series shaped by their experiences both as Black Americans and as churchgoers. “Their angles were up-to-date compared to the historical perspective of the role of the Black church,” said Woelfel.

In the for-profit sector, investors detect increased risk for companies that shrug off diversity priorities. Companies that seek like-minded business partners wield a form of organizational peer pressure by forming councils and industry working groups, such as CEO Action for Diversity and Inclusion. And the argument that diversity drives better operational results is widely accepted, driven by quantitative analysis by global corporations such as Credit Suisse.

John Salveson of WHYY’s board believes that recruiting must be framed by individual qualifications to avoid tokenism, from the board through all levels of management and staff. That shapes his approach to WHYY board recruitment: Achieve diversity by focusing on needed skills. When defining qualifications of prospective board members, Salveson starts with the experience the board needs, then looks for candidates from under-represented backgrounds with those skills.

Salveson blends his leadership experience on the station’s board with his bird’s-eye view of corporate diversity trends gained by co-founding and running Salveson Stetson Group, an executive search firm, and related consulting. He said his corporate experience informs his multipronged approach to both leading by example and by coaching WHYY staffers on translating their diversity goals to daily actions that shift culture.

Heightened accountability for cultivating diverse talent has resulted in WHYY hiring and promoting more Black employees, he said. In 2016, 7% of employees in WHYY’s newsroom were Black. That has grown to 21%. “Not surprisingly, our audiences are also more diverse than before,” Salveson said.

The corporate focus on metrics and data can shift internal conversations from “what we’ve always done” to a rationale for specific changes, said Carmen C. Marshall, director of consulting with Maryland Nonprofits, which provides human resources and diversity consulting to nonprofits in that state. Soft-focus, open-ended efforts to align nonprofit culture with community demographics often stall because they are not designed for measurable results.

Focusing on data can infuse DEI efforts with energy and practical insights, said Marshall, because it creates common reference points for often painful discussions about how to define and address gaps revealed by the numbers.

“At your organization, is the opportunity for promotion available for everyone or a few?” said Marshall, citing the type of metrics that companies find useful. “And if you say ‘Everyone,’ where does your own data bear that out? Before you can even get to the work of changing the system, you have to at least face the truth about what’s wrong.”

But public media’s culture can also be its greatest asset as stations blend the best of corporate insights with their own missions, said RMPBS’ Mountain. The point of change is not just talking about diversity as a lofty aspiration but blending small shifts into daily culture, she said.

Senior leaders show the way by allowing staffers to make operational and programming decisions to “change the power dynamic,” she said. Leaders also demonstrate diversity culture when they go beyond packaged programs to equip staff with more autonomy to infuse their work with their perspectives. One organization-wide effort she initiated was an awareness of mental wellness and respect for neurodiversity, accompanied by a formal benefit of on-site counseling.

Collegial relationships among public media operations can be a powerful tool to collaborate on new approaches to diversity, said Mountain, and can build on stations’ authenticity.

“There’s a level of trust we have that is greater than commercial media has,” she said. “There are efficiencies to be gained in coming together as a system to figure this out.”