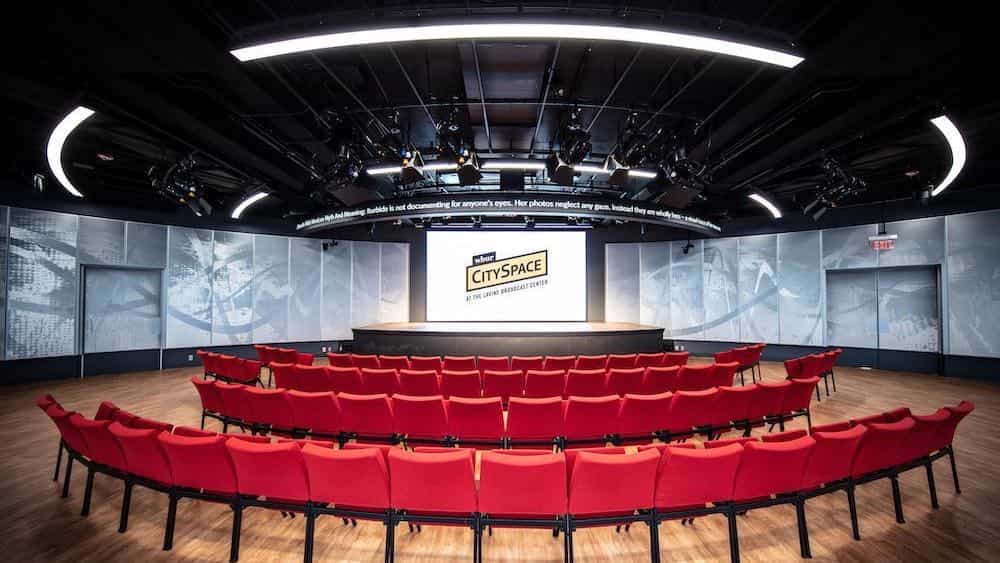 WBUR in Boston has completed a $35 million capital campaign after about seven years of fundraising.

The station has earmarked about $16.5 million from its first-ever capital campaign for CitySpace at the Lavine Broadcast Center, its live-events venue, and more than $11 million for local journalism on topics including education and the environment. The campaign also supported a new investigative team and digital infrastructure and innovation projects such as BizLab and iLab, the station’s experimental audio storytelling unit.

WBUR began initial planning and groundwork for the campaign in 2014 under former GM Charles Kravetz. It launched publicly in 2019, initially seeking to raise $40 million and with an aim of “really transforming WBUR from a radio-centric organization … to an organization that delivered and excelled on all platforms, podcasts and web, [and] in-person events with CitySpace,” said Mary Hull, director of development.

But Hull and CEO Margaret Low said they decided to end the campaign because it had met its funding priorities.

“We wanted to declare victory and move on,” Low said. “The campaign was hugely successful. We raised the money that we needed for those areas. … I’m a new CEO, and I think the feeling was, let’s take what we have, take what we learned and then pause and ultimately launch the next campaign around the next big mountain we need to climb.”

Fundraising during the pandemic brought challenges, but there were some silver linings, according to Low. “Donors were easy to reach by phone or by Zoom,” she said, and the pandemic also “crystallized why ’BUR is so vital in people’s lives.”

Low also has a wide front porch where she could meet with donors. “So even in the middle of winter and with masks or without, we could sit across and get to know each other,” she said. “There was a kind of intimacy that was created there. And I built some really marvelous relationships that felt, I think, different than had we sat in my office and met.”

WBUR “never really had a history of large leadership gifts,” Hull said. But it was able to secure some of its first seven-figure gifts with the capital campaign, including a $5 million lead gift to name CitySpace. Mid-level gifts and donations from members also supported the campaign.

“With a new CEO in place, and actually with some of the planning that’s happening now and thinking about our future, we want to make sure that any new fundraising that we do is aligned with our vision of where we want to go and just being really thoughtful about leadership giving in that space,” Hull said.