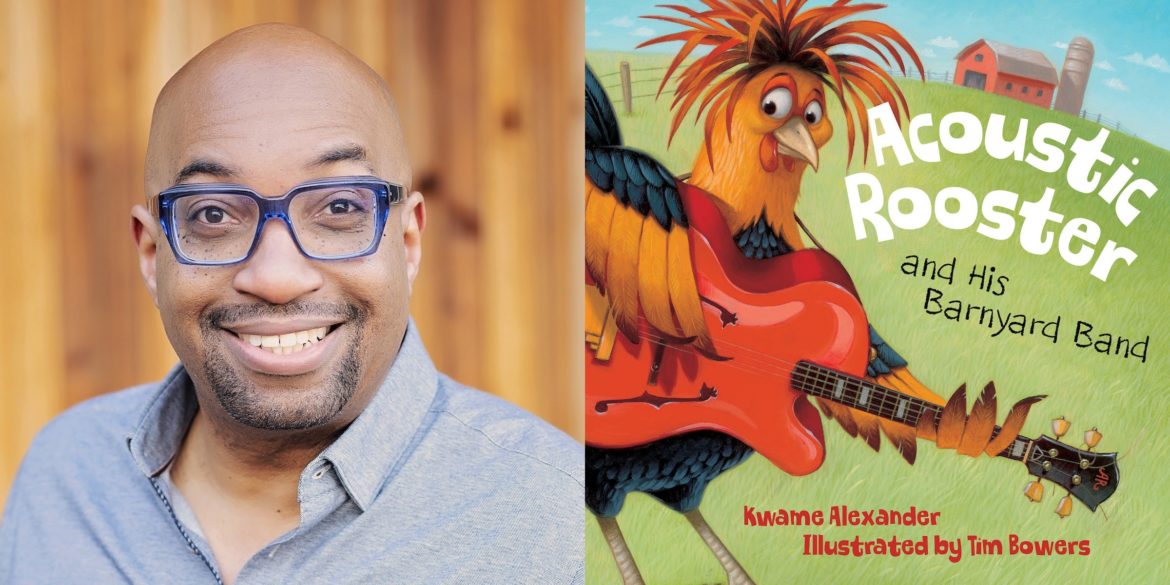 GBH in Boston and author Kwame Alexander are developing a television series based on Alexander’s first children’s book, Acoustic Rooster and His Barnyard Band.

The series stars Acoustic Rooster, a jazz aficionado who uses the music’s principles of improvisation and collaboration to solve problems. The program is part of a multiplatform project that presents fundamentals of music education and will highlight connections between jazz and American and Black history.

GBH’s estimated launch date for the TV series is 2024, said spokesperson Erin Callanan. In addition to the broadcast series, the production includes online games, an app and a podcast, as well as resources for caregivers and educators.

“Wynton Marsalis captured it best when he said that jazz is a metaphor for democracy in America — it’s a genre where a diverse and eclectic set of instruments play together to create a melody while also giving space for individual musicians to have a solo, as the rest of the band is there as support,” said Alexander in a news release announcing the development deal Wednesday. “To partner and develop this show with GBH is an absolute dream come true. I’m looking forward to sharing critical lessons about equity and the tenets of an iconic American music genre. But what I’m really excited about is bringing this jazzy party to preschoolers the world over.”

Alexander will be a co-EP for the program alongside Marcy Gunther, GBH’s director of media development for children’s media. The production team aims to fill a gap in music education as schools respond to budget pressures by cutting their arts enrichment programs.

“Kwame Alexander is one of those rare and brilliant literary minds whose work is highly respected across generations,” said Gunther in the release. “Sharing the story of Acoustic Rooster and his love of jazz will be a melodic, upbeat experience that demonstrates how music education and Black history connect to larger lessons of resiliency and problem-solving for young audiences.”

Kay Donmyer, a writer for Curious George, is co-creator and head writer of the new program. Additional personnel include EP Angel Tyree and musical consultant Randy Preston, both of whom work for Alexander’s company Big Sea Entertainment.

“I could not be more excited to celebrate jazz improvisation in an animated show,” said Donmyer in the release. “Acoustic Rooster and his band will offer kids the perfect mix of musical, creative and social learning in some really fun and toe-tapping stories.”

Alexander won the John Newbery Medal in 2015 for The Crossover. The Undefeated, illustrated by Kadir Nelson and written by Kwame Alexander, won the Randolph Caldecott Medal last year.