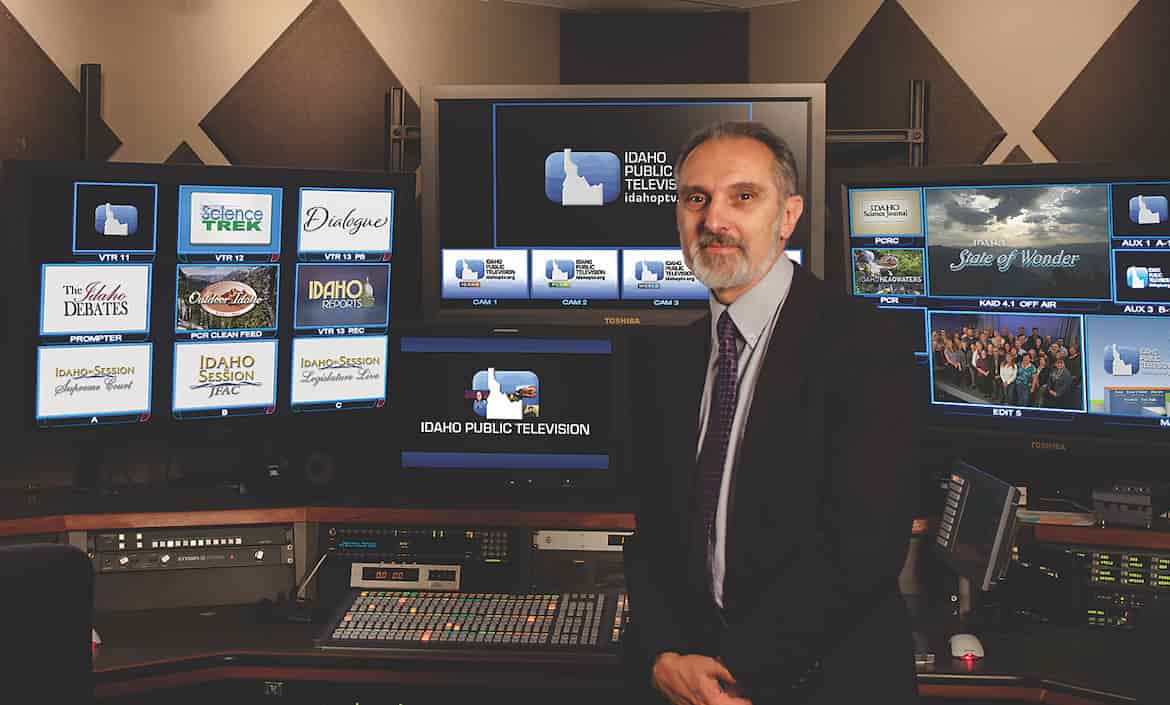 Ron Pisaneschi announced that he will retire as GM of Idaho Public Television.

His retirement is effective June 30, but he will continue working for the station until a successor is hired. The Idaho State Board of Education, which oversees the station, will form a committee to lead the search.

“Nothing has driven me to this decision except a desire to kick back, relax, travel and try new things that working has not really allowed,” Pisaneschi said in a memo to public television GMs. “I have been thinking about this for a while now and have gone way past the normal State of Idaho retirement time.”

In the memo, Pisaneschi said he’s leaving the station “in strong shape financially.” He also said the station “made it through another legislative session with our budget intact, albeit not without some crazy debate.” Some legislators objected to PBS children’s shows and programs about race and climate change, but Idaho’s House of Representatives passed a bill to give the station $2.7 million in state funding for fiscal year 2021.

Pisaneschi also cited the launch of Idaho Experience, a series produced in partnership with the Idaho State Historical Society, as a “major success.” The series, launched in 2018, has included episodes about Ernest Hemingway’s ties to the state as well as NASA astronauts training in Idaho for the moon landing in 1969.

As a member of an advisory group, Pisaneschi helped lead discussions about PBS’ YouTube TV deal.

In a news release, Debbie Critchfield, a member of the state’s board of education, said Pisaneschi “is the reason Idaho Public Television has the state and national status that it does.”

“I’ve worked with Ron for three decades. He’s been a steady, caring administrator and a stalwart supporter of our locally grown productions,” Reichert said in the release. “He’s represented the agency well, especially when certain advocacy groups were willing to bend the truth to make a point. And he’s warned PBS officials back east that they need to do a better job listening to the concerns of rural states like Idaho. Ron has moved the needle, and Idaho is the better for it.”

“His influence and expertise will be greatly missed,” Tucker said.