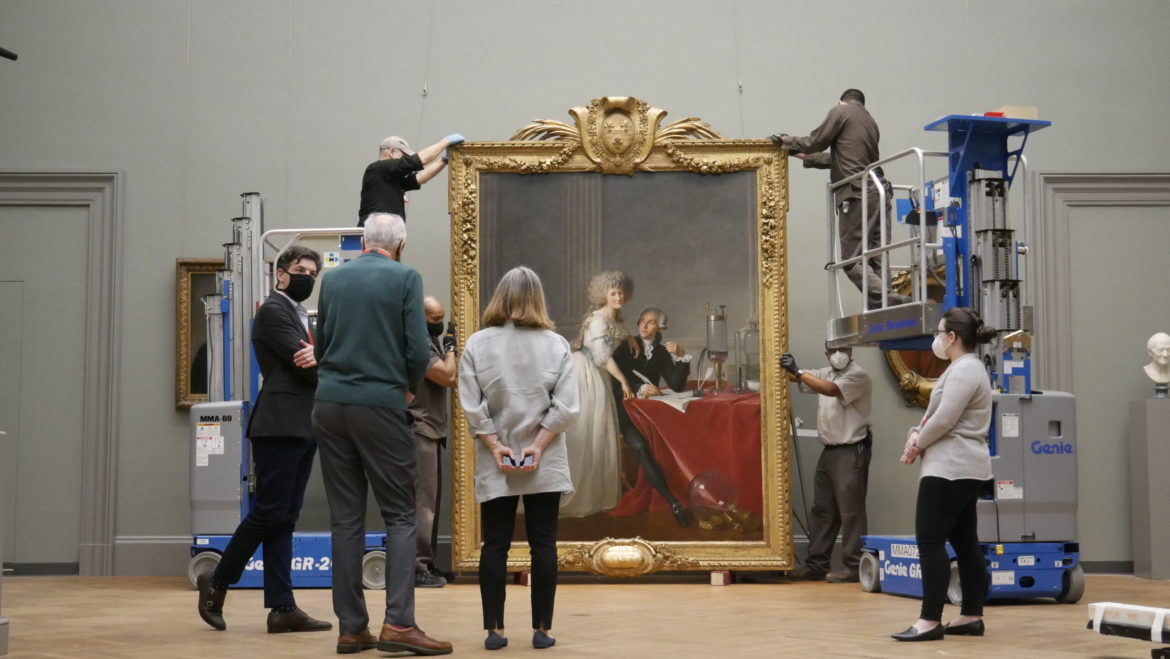 A multiplatform campaign from PBS and the WNET Group is chronicling how arts and culture have pivoted during the pandemic, featuring concerts, performances and documentaries.

#PBSForTheArts is examining how arts organizations are working to “stay around, stay relevant and then fight back,” said WNET Group CEO Neal Shapiro.

Shapiro said that he knew that the pandemic would affect many industries and wondered how the arts in particular would fare. As institutions shuttered “in a snap,” he said, PBS and WNET staff decided to document the pandemic through the lens of the resiliency and recovery of the arts.

Shapiro said PBS CEO Paula Kerger told him that the “arts are too important. They won’t fail.”

“As we prepare for life post-COVID, it is so important that we come together to restore and revitalize the arts, which are central to the cultural health of our country,” Kerger said in a press release.

The #PBSForTheArts campaign includes dramatic performances, orchestra concerts, documentary specials and new series, all filmed under COVID restrictions. They will air on PBS and stream on PBS’ website and video app.

When selecting programs and content to include in the campaign, PBS and WNET staff chose works that exemplified the best arts and culture but also related to the pandemic. One such work is a Great Performances contemporary retelling of Romeo and Juliet by London’s National Theatre, which marked the rollout of #PBSForTheArts April 23.

The film opens with the cast and crew in street clothes arriving to a stage covered with costume racks, prop cabinets and ladders. They sit in chairs arranged in a horseshoe shape. The show begins with the iconic line “Two households, both alike in dignity …,” but the actors appear to be doing a table read rather than a filmed performance. After the monologue, the show unfolds as the actors remove the chairs and commence the opening fight scene.

“I think it was an example to remind people that even a contemporary piece can be made more relevant and has to be shot in a different way,” Shapiro said.

The campaign also includes Inside the Met, a three-part series that the WNET Group had in the works before the pandemic to commemorate and document the Metropolitan Museum of Art’s 150th anniversary.

The WNET Group had to change the series’ focus to meet the moment of the pandemic, which devastated New York City in its early months, and the Black Lives Matter protests that brought the Met’s art selection and leadership into question. A coalition of current and former Black and brown employees and allies of cultural institutions, including some Met employees, circulated an open letter in June in which they called out racism and demanded change among New York City institutions.

“Inside the Met was just supposed to be the story of The Met and their 150th anniversary,” Shapiro said. “But what it became was the survival of The Met.”

The series includes interviews with curators, conservators, executives and frequent museumgoers. The first two episodes air May 21, and the third May 28.

And “The Arts Interrupted,” a new Great Performances episode, will chronicle “the different and innovative ways in which groups have had to survive,” Shapiro said. The film is still in production and scheduled to premiere May 14.

Other nationally syndicated programs include a filmed concert of the American Pops Orchestra, a Great Performances version of Anton Chekov’s Uncle Vanya, and Beyond the Canvas, a half-hour program that showcases the nation’s leading cultural creators, including playwrights, musicians and more. The WNET Group will also gather and curate content from local artists and musicians.

Correction: An earlier version of this article incorrectly implied that PBS produced Inside the Met. The series was produced by the WNET Group.