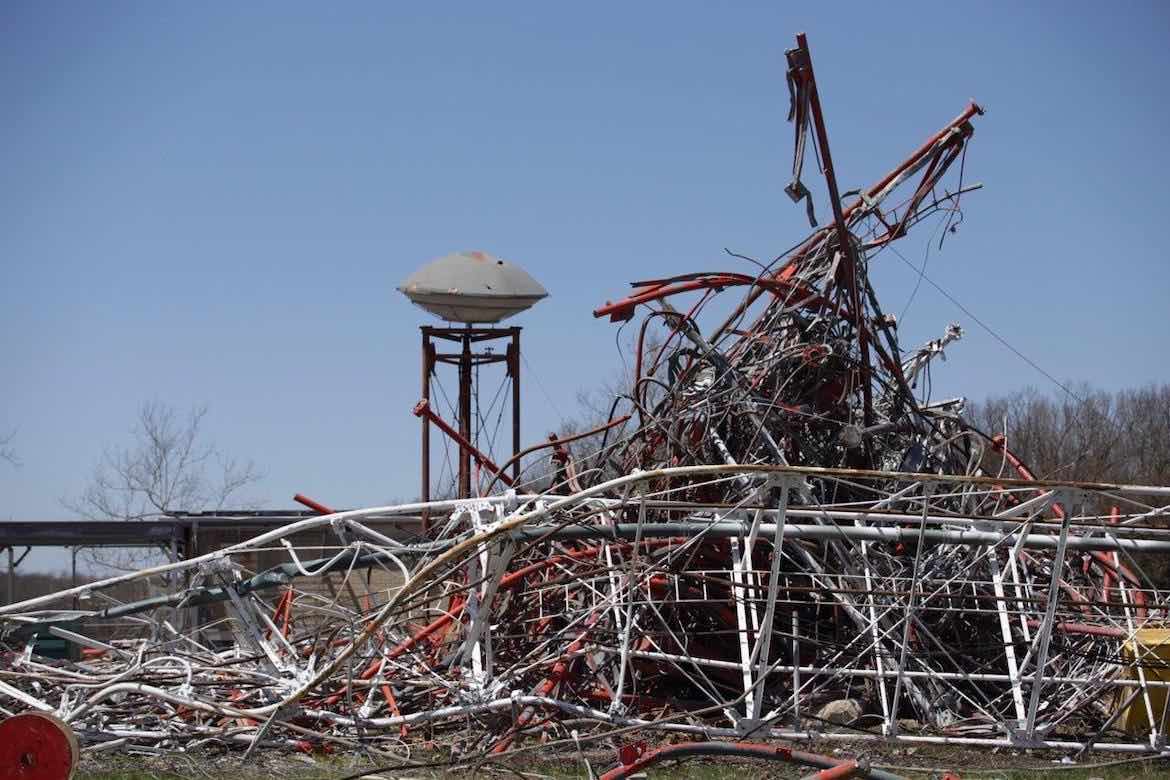 The communication tower in Fordland, Mo., shortly after it collapsed.

Missouri State University has reached a $3.2 million settlement involving the April 2018 collapse of the transmission tower for Ozarks Public Television, the university licensee stationed in Springfield.

An attorney for the university announced the settlement Wednesday.

One crew member died and three were injured when the tower in Fordland, Mo., collapsed. A Washington-based crew of seven were working on structural reinforcements about 100 feet up when the nearly 2,000-foot tower fell. The reinforcements were necessary for an equipment upgrade related to the station’s channel repack after the FCC spectrum auction.

Several parties participated in negotiations that led to a “global settlement” of all lawsuits related to the collapse, according to The Springfield News-Leader, which first reported on the settlement. Rachael Dockery, general counsel and chief compliance officer for the university, reported to the executive committee of MSU’s board of governors about the mediation and settlement last week.

“The university, through its liability carrier, contributed zero dollars and zero cents to that settlement, which is appropriate because we were not at fault,” she said, according to the newspaper. “Our property carrier will receive at least $1 million of that settlement and they can argue for more so we are in the process, currently, of finalizing that release with all of those parties.”

A 2018 investigation from the Occupational Safety and Health Administration found that the tower’s collapse, which killed engineer Steve Lemay, was caused by mistakes made by his firm and Tower Consultants Inc. Missouri State University had hired TCI to supervise the tower upgrade by creating construction documents, observing the process and helping select a contractor. TCI recommended that MSU hire Steve Lemay LLC to make the repairs.

OSHA’s report and associated documents obtained by Current through a Freedom of Information Act request found that removal of key bolts during a bracing procedure led to the collapse. Investigators also found that a winch that Lemay used to remove braces was too small for the job.

Dockery said last week that MSU’s property insurer also filed a subrogation claim because the university received almost $8.3 million due to the loss of the tower and other property, according to The Springfield News-Leader. Subrogation occurs in property/casualty insurance when an insurer pays damages to an insured party, then pursues its own claim against others who may have caused the loss, insured the loss or contributed to it.

“There were a whole mess of insurance companies involved,” Dockery said, noting that the university, Lemay and TCI, based in South Carolina, had liability policies.

After the accident, Ozarks Public Television resumed broadcasting a low-power signal from MSU’s campus. It later transitioned to a medium-power operation from a leased tower in Fordland, Mo. The station began broadcasting at full power from a permanent location last year, according to a university spokesperson.