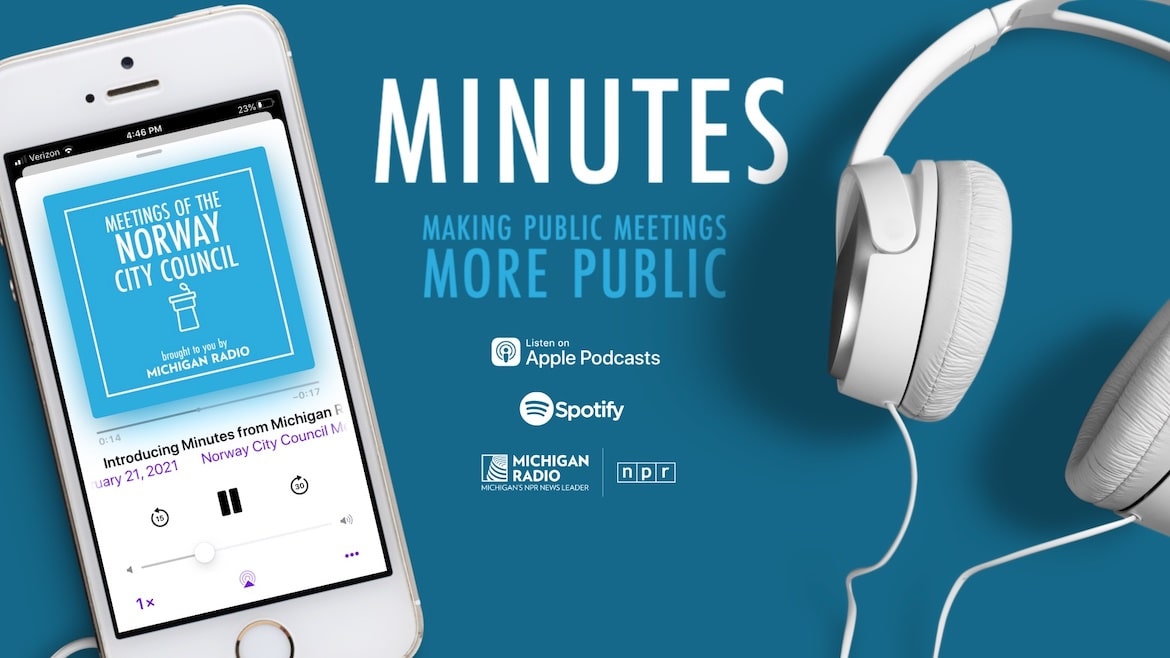 As a local reporter, I think a lot about the first scene in the Hitchhiker’s Guide to the Galaxy. The series begins on a Thursday morning, when Arthur Dent wakes up to find a yellow bulldozer and a work crew ready to demolish his home. Dent tries to protest, but the leader of the crew, Mr. L. Prosser, tells Dent it’s too late. After all, the plans for the demolition had been on display for nine months at the local planning department:

“On display? I eventually had to go down to the cellar to find them.”

“So had the stairs.”

“But look, you found the notice, didn’t you?”

“Yes,” said Arthur, “yes I did. It was on display in the bottom of a locked filing cabinet stuck in a disused lavatory with a sign on the door saying ‘Beware of the Leopard.’”

Every local reporter in the world gets the joke here. We’ve all been down to that basement, looking for answers behind the sign that says ‘Beware of the Leopard.’ We all know just because information is public doesn’t mean it’s easy to find. Finding it is our job.

But what if the information isn’t buried in in the basement, but instead tucked away in hour three of a four-hour–long council meeting? The meeting happened in public. These days, it’s likely the meeting streamed live online and lives on afterward on YouTube, Facebook or Vimeo. But finding out what happened in that meeting is not simple.

This is why reporters follow the meetings and file stories. People in the community can get the information they need without having to spend the three hours sitting through the meeting. But what happens when no journalist can sit through those three hours, either? We all know the pressures facing local newsrooms right now. We all know we’re missing meetings.

Is there a way we can keep people informed even when our reporters can’t be at the meeting? That is the question that drove us to create Minutes, a new project at Michigan Radio that launched this week.

Part of what we launched are podcasts. A lot of them. We’ve created podcast feeds of city council meetings for 42 cities in Michigan. Yes, we launched 42 new podcasts, all at once.

The audio for the podcasts comes from videos of the city council meetings that are posted online. The content is public, thanks to Michigan’s Open Meetings Act. And, using funding from the Google News Initiative, we’ve created a program that searches for new videos as they’re posted, downloads the audio and sends that audio to the podcast feed. All of it is automated.

We hope the podcasts create a more convenient way for people to follow the meetings on their own and skip past the parts that aren’t relevant to them. But we know many people still won’t have the time to tune in. So podcasts are only a part of what Minutes is about.

The other part is to run the audio through a speech-to-text program to create a rough transcript of the meeting. This transcript is sent to a database where our reporters can search for keywords across multiple meetings in multiple cities. Our database has transcripts from more than 500 meetings in Michigan so far, with new transcripts added every day.

As anyone who’s used a speech-to-text program knows, the transcriptions are often comically incorrect. So we’re not publishing the transcripts. But there’s enough accuracy to search for keywords, and this database has already helped inform our reporting.

Creating all of this has been painstaking work, led by our digital tech specialist, Brad Gowland. But we think these tools will allow us to get out a lot more information on local government meetings than we would through traditional reporting. We’re especially excited that these tools allow us to reach and report on communities that we’ve rarely covered in the past.

Communities like Norway, Mich., population 2,774. Norway is one of a growing number of cities in America that exists in a “news desert.” According to a report from the University of North Carolina, Michigan alone lost 78 newspapers from 2004 to 2019. Michigan Radio cannot make up for all of that loss. But, with Minutes, we can do more than before. Norway is well outside Michigan Radio’s traditional coverage area, but it’s one of the communities we’re serving with Minutes.

We’ve just gotten started seeing what we can do with this, but whatever we do will inform what comes next. Ours isn’t the only newsroom out there trying to reimagine how we cover local government. City Bureau created City Scrapers and then Documenters to inform, engage, train and pay people in the community for covering public meetings. Their approach started in Chicago and has since expanded to Detroit and Cleveland. In Detroit, there is also Outlier Media, founded by my former colleague at Michigan Radio, Sarah Alvarez. Outlier isn’t focused on public meetings, but it is reimagining access to information about communities. Outlier’s audience receives local information tailored to their needs via text message.

Our approach with Minutes is different. But the goals are similar: to inform people about their communities. To make public information more public.

In the future, we envision expanding Minutes to other communities and covering more meetings. As our database of transcripts expands along with the audio feeds, we imagine more ways of making these meetings searchable and playable by anyone.

We have no idea how big the audience will be for the city council podcasts we’re now offering. And we’re offering them purely as a public service, with no edits and no ads. Other newsrooms could easily copy this idea to make podcasts of public meetings in their area (though it would be a good idea to check the Open Meetings Act in your state before you get started).

The transcript database is much harder to build, as we’ve learned. One idea for the future of our project is to offer it as a service to other newsrooms. Now that we’ve done the hard work of figuring out how to build it, we can build it anywhere. If you think this could be helpful in your own newsroom, please reach out. Because we’re just getting started with this idea.

One day, we hope projects like ours will make it just as easy for people to find out information about local government as it is to get weather updates or sports scores. One search, and you’ll have what you need.

It’s time to bring all that public information up out of the dark basement, so everyone in our community — everyone in the entire galaxy — can get the information they need about local government.

Dustin Dwyer is a reporter for Michigan Radio and co-creator of Minutes. He was a 2018 fellow at the Nieman Foundation for Journalism at Harvard. He lives in Grand Rapids. You can reach him at dustin@michiganradio.org.